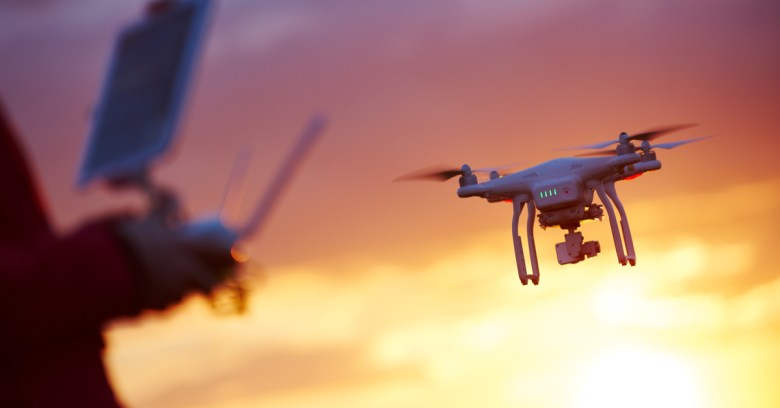 There are things that mix well with alcohol.

Drones are not one of those things.

That hasn’t stopped drunk Norwegians from bugging moose who are just minding their own business, other drone operators from annoying alligators that would just as soon eat the contraptions, and that guy whose drunken drone flight ended with crashing his friend’s quadcopter onto the White House lawn.

And as of Monday, New Jersey has moved one step closer to becoming the first US state to institute a statewide drone law that would outlaw getting high or drunk before operating a drone.

The bill, S3370, would make inebriated droning a disorderly person’s offense, putting the blood alcohol concentration at 0.08% or more (that’s twice the level of FAA rules). Violating the rules would be punishable with a jail sentence of up to six months, a fine of up to $1,000, or both.

The law would impose a range of restrictions on operating drones, including barring people from harming or endangering humans, grabbing animals, or putting drones in the line of fire when people are lawfully hunting. It would also impose stiffer penalties for interfering with correctional facilities or emergency personnel, and it would bar people with domestic violence restraining orders from flying drones close enough to violate those orders.

The bill was sponsored by state Sen. Paul Sarlo (D-Bergen), the chairman of the Senate budget committee. He told NJ.com that the popularity of drones is racing ahead of legislation to keep their operation safe:

The use of drones has increased dramatically in recent years for a variety of purposes. There are many benefits for commercial and recreational purposes, but they can also pose threats to safety, security and privacy. The technology has outpaced regulations.

The committee unanimously approved the bill on Monday, but it’s not clear when or if it might actually become law. It’s now awaiting a vote from the full 80-member house. And as Gizmodo reports, Gov. Chris Christie hasn’t commented on the bill, but he’s pocket-vetoed prior legislation to regulate use of drones by law enforcement.

Christie’s term expires on 16 January, so the bill might get pushed into the new legislative session, after which it would be up to Democratic governor-elect Phil Murphy to sign if it passes again.

Last week, Reuters quoted John Sullivan, a drone operator and aerial cinematographer, who said the law makes plenty of sense, given that operating a drone is something like flying a blender: a potentially choppy venture.

If I had like one drink, I’d be hesitant to even fly it.