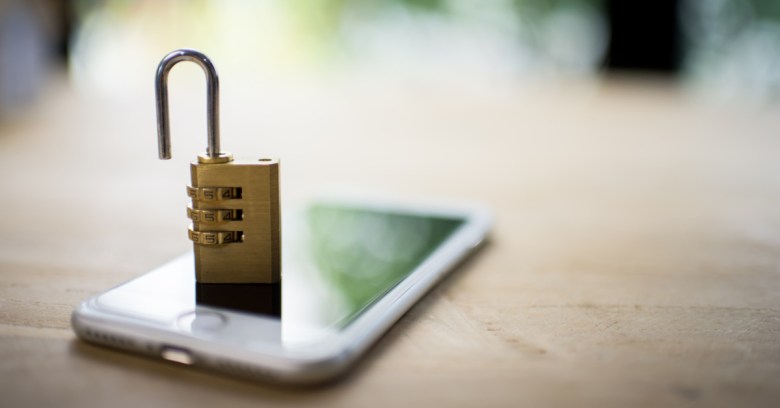 Meet the new year, same as the old year – at least when it comes to the debate over encryption.

Top law enforcement officials – this week it was FBI director Christopher Wray – are still contending that it is possible to give government (and only government) “back-door” access to the encrypted digital devices of alleged criminals, without jeopardizing the encryption of every other device on the planet.

And the response from privacy advocates and encryption experts remains that this is magical thinking – at the level of asserting that if there is just enough good-faith cooperation between the tech sector and law enforcement, it will be possible for pigs to fly.

Wray “picked up where he left off last year,” as the Register put it, in a speech this week at the International Conference on Cyber Security, held at Fordham University in New York.

He made the same arguments he had made a month earlier, on 7 December, before the House Judiciary Committee, that selective encryption access is possible without jeopardizing its effectiveness for everybody, and that the need for it is beyond urgent, to protect innocent citizens from criminals and terrorists who are using encrypted devices to “go dark.”

And those arguments pick up where his predecessor, James Comey, left off. They also amount to something of a tag team approach with Assistant Attorney General Rod Rosenstein, who we reported also made the same arguments multiple times last year.

By now, they are familiar. First up are frightening statistics – the agency has been unable to crack thousands of devices. Wray said in 2017 the number was 7,775 – more than half of those that the agency sought to access – with “lawful authority to do so.”

Second, even though the metadata from those devices – “transactional” information about calls, texts and messages – is available, that is not nearly enough.

…for purposes of prosecuting terrorists and criminals, words can be evidence, while mere association between subjects isn’t evidence.

Third, that the world has changed in the last decade to the point that terrorists, child predators, nation states and others can operate almost freely under the cloak of unbreakable encryption. This, Wray said, is “a major public safety issue.”

This problem impacts our investigations across the board – human trafficking, counterterrorism, counterintelligence, gangs, organized crime, child exploitation, and cyber.

And fourth, that what he, Rosenstein and Comey have all called “responsible encryption,” is possible – that the makers of encrypted devices can create a secret key to defeat it (that they don’t even have to give to the government!) which can then be used when law enforcement comes bearing a locked phone and a warrant.

Wray’s example was the chat and messaging platform Symphony, used by major banks, in large part because it guarantees “data deletion.” He said bank regulators were concerned that this could hamper their investigations of Wall Street.

So, he said, four New York banks reached an agreement:

They agreed to keep a copy of all e-communications sent to or from them through Symphony for seven years. The banks also agreed to store duplicate copies of the decryption keys for their messages with independent custodians who aren’t controlled by the banks. So the data in Symphony was still secure and encrypted – but also accessible to regulators, so they could do their jobs.

Wray insisted this does not mean that the FBI is seeking a back door, “which I understand to mean some type of secret, insecure means of access.”

But that is exactly what civil liberties and encryption experts say he is seeking. Bruce Schneier, CTO of IBM Resilient Systems and an encryption expert, has said many times that it is absurd to think that encryption can, “work well unless there is a certain piece of paper (a warrant) sitting nearby, in which case it should not work.”

Schneier has likened the selective encryption key argument to poisoning all the food in a restaurant – you might poison a terrorist, but you would also poison every other innocent person eating there.

And Tim Cushing, writing last month in Techdirt after Wray’s appearance before the House Judiciary Committee, contends that the number of locked phones held by the FBI is meaningless because, “there’s no context provided by the FBI, nor will there ever be.”

The FBI is unwilling to divulge how many accessed phones are dead ends and how many cases it closes despite the presence of a locked device.

Not to mention, as numerous critics have indeed highlighted, that the government’s record of securing its own crucial data is, well, spotty at best. There are the continuing dumps by Wikileaks of hacking tools held by the CIA and NSA (and not shared with the private sector). There was the catastrophic hack of the federal Office of Personnel Management (OPM) several years ago that exposed the personal information of about 22 million current and former federal employees.

As the FBI acknowledged, it has been able to defeat the encryption on a phone used by one of the terrorist shooters in December 2015 at a San Bernardino nightclub through the help of a “third party,” reportedly the Israeli mobile forensics firm Cellebrite, which it is said to have paid $900,000.

The FBI also has a department called the National Domestic Communications Assistance Center (NDCAC), to provide technical assistance to local law enforcement agencies. And one of its goals is to make tools like Cellebrite’s services, “more widely available” to state and local law enforcement.

But the fundamental issue will likely be resolved only through legislative action or a court decision. Rosenstein said last fall that he would like to see the matter come to the courts.