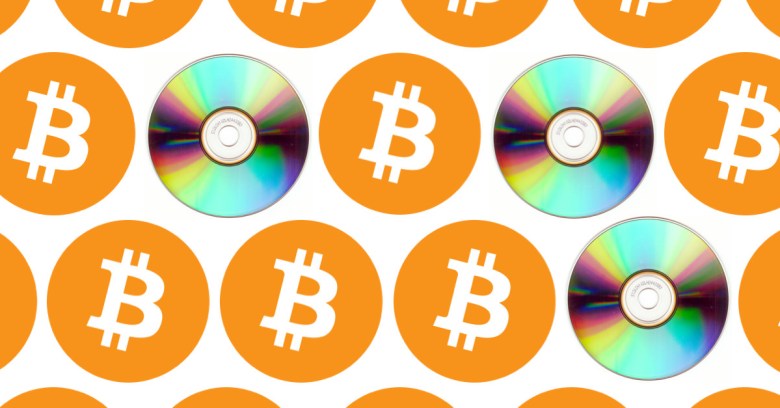 You can’t move these days without bumping into words such as cryptocurrency, Bitcoin, coinminer and blockchain.

With Bitcoin’s value up more than 1000% in the past year, and with companies multiplying their share price simply by adding “Blockchain” to their names, you can see why these words are everywhere.

As you’ll have seen in many Naked Security articles, cryptocurrency is popular with cybercrooks, too.

Usually, cryptocurrency is the end, rather than the means of the crime, for example when crooks infect your computer with coinmining software to hijack your CPU to earn them money, or scramble your data with ransomware and demand that you pay them in cryptocoins to get it back.

But here’s something a bit different that ‘we’ve seen recently: cryptocurrency as the means to a malware infection, not the end of that infection.

These phishing campaigns are also slightly unusual in that they include attachments that are ISO files.

You probably associate ISO files with ripped music CDs or movie DVDs, and with bootable Linux (or Windows) distros – ISOs are just byte-for-byte copies of the raw content of an optical disk.

You usually use them as CD backups, or as a source to burn new CDs.

However, many Windows users have utilities that can open ISO files as though they really were CDs; in fact, Windows 10 will open up ISOs simply by double clicking on them, which allocates them a regular drive letter in the system. 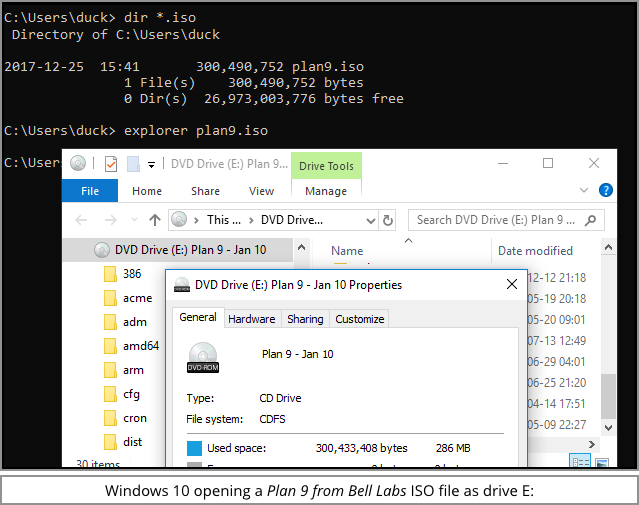 We’re assuming that the crooks have chosen this mix because cryptocurrencies are a red-hot lure, while ISO attachments, though unfamiliar, are nevertheless an undramatic and largely unsuspicious type.

Sure, ISOs are unusual, and they’ve been associated with Linux malware attacks before, but for Windows users, they simply don’t have the malware-related associations of attachments such as EXEs or ZIPs.

Yet they’re as straightforward as ZIPs to open and use.

Here are two examples of the ISO-laden, cryptocoin-themed phishes we’re talking about: 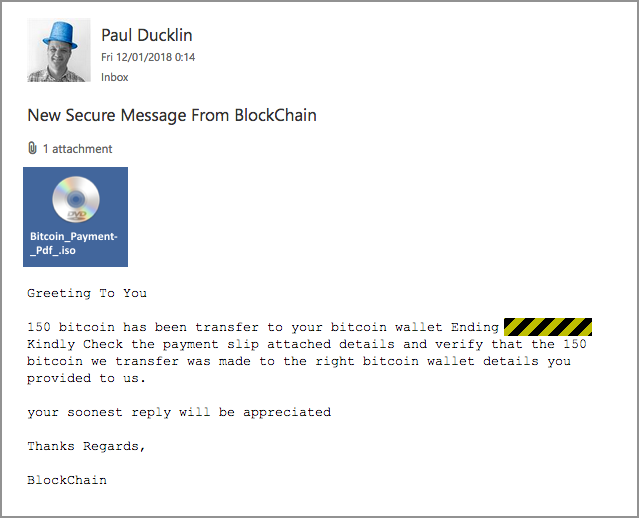 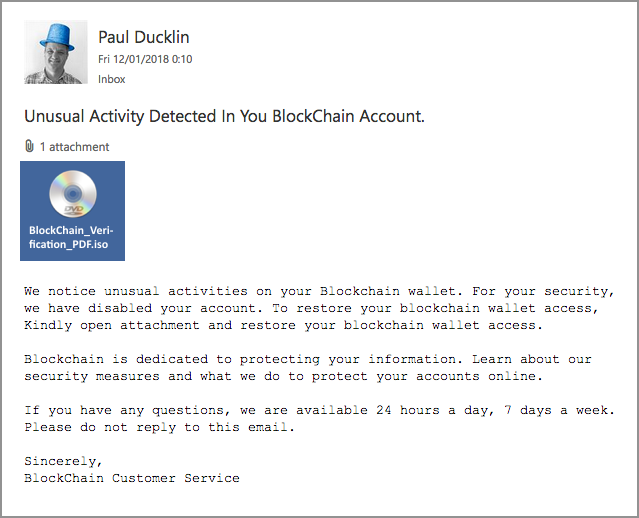 If you open the ISOs, they contain malicious EXE files (programs) with names of the form xxxxx.PDF.exe; by default, Windows doesn’t display the extension at the end of a filenames, so these show up as though they were documents with the much more innocent name xxxxx.PDF.

The most common malware we’ve seen in ISO files of this sort is known as Fareit, a threat family notorious for snooping around on your computer trying to steal login credentials.

Even if you are dead keen on cryptocurrency, even if you watch the Bitcoin price like a hawk, and even if you actually have an account with the company Blockchain.com…

…you ought to spot these phishes if you keep alert, and don’t let yourself feel rushed.

5 comments on “Cryptocurrency as the lure, an ISO as the attachment – why not open it?”