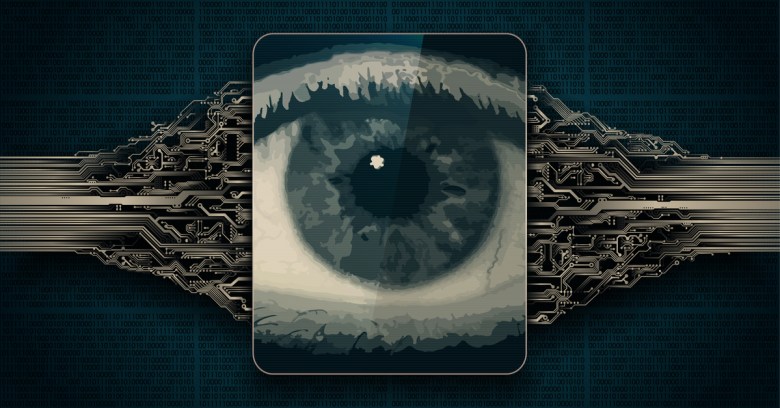 If you’re a member of the US “intelligence community” – the FBI, CIA and NSA – this past Thursday was a great day for homeland security.

A majority vote in the US House of Representatives to renew Section 702 of the Foreign Intelligence Surveillance Act (FISA) for six years will, in their view, give them continued access to the indispensable tools they need to prevent major foreign terrorist attacks. Without them, they would be blinded to terrorist plots within the US, and US soldiers could be at much greater risk on foreign battlefields.

If you’re a privacy/civil liberties advocate, it was an unwelcomed win for Big Brother and a shameful, ominous day for everybody else – a reauthorization of warrantless spying on US citizens that amounts to a back door around the Fourth Amendment’s prohibition against unreasonable search and seizure.

According to a bipartisan “letter to colleagues” from four senators – Republicans Rand Paul (KY) and Michael Lee (R-UT); and Democrats Ron Wyden (OR) and Patrick Leahy (VT) – Section 702 in its present form…

…does nothing substantive to protect the Fourth Amendment rights of innocent Americans. This bill allows an end-run on the Constitution by permitting information collected without a warrant to be used against Americans in domestic criminal investigations.

Most of the debate over Section 702 is not about its stated intent, but about how it is interpreted. The provision allows the NSA to monitor the communications of foreigners located outside the country to gather what was the agency’s original mission: foreign intelligence. That goal gets general, bipartisan support.

But, as has been widely reported since the law was created in 2008, and as the revelations of former NSA contractor Edward Snowden documented, that collection has been both foreign and domestic. The communications of millions of Americans who were not specific targets have been “incidentally” included. And much of that data, critics say, has been made available to other intelligence agencies like the FBI and CIA.

That is what has prompted the intensity of debate over Section 702’s renewal that ramped up last fall.

Not that last week’s House vote makes it a done deal. The measure still has to come to a vote in the Senate, where a bipartisan coalition led by Paul and Wyden has threatened a filibuster.

The two are co-sponsors, along with a dozen other senators, of a bill titled the USA Rights Act, which would mandate reforms to 702, including a requirement for intelligence agencies to have a warrant before they can conduct even incidental surveillance of citizens.

The Senate will hold a procedural vote on 702 this week after it returns from a break, Senate Majority Leader Mitch McConnell said on Thursday.

So the debate continues, with splits in both parties. Some Republicans, like Paul, oppose it, and a few House Democrats joined the large majority of Republicans who supported renewal (the Republican majority is only 241-194).

Wyden took to the website of The Cyber Brief to label Section 702, “broad, unchecked government surveillance… at the expense of Americans’ personal liberty and constitutional rights…”

EFF and other organizations also condemned a majority vote to reject the House version of the USA Rights Act, which had 40 co-sponsors.

Privacy organizations including EFF, the Center for Democracy & Technology, American Civil Liberties Union, Brennan Center for Justice, New America’s Open Technology Institute and Restore the Fourth have been arguing since Section 702 came into existence that, in the name of collecting foreign intelligence, it allows spying on “US persons” as well.

Among their complaints, they cited a Washington Post examination of 160,000 emails and instant messenger conversations collected under Section 702 between 2009 and 2012, and found that 90% of them were from online accounts not belonging to foreign surveillance targets. They said nearly half contained information belonging to US citizens or residents.

But, while acknowledging the “genuine and legitimate controversy” over whether there should be amendments to Section 702 that add privacy protections, Brookings Institute Fellows Benjamin Wittes (Governance) and Susan Hennessey (National Security Law), said the “general value” of the law is not “remotely controversial among serious people”, when you consider:

Paul, Lee, Wyden and Leahy contend they are simply trying to limit Section 702’s authority to its original purpose, and keep intelligence agencies and law enforcement from abusing it. The USA Rights Act, they wrote…

…(will) preserve the government’s ability to pursue terrorists abroad and protect the country from foreign threats while also making the necessary reforms to protect the Fourth Amendment rights of Americans here at home.