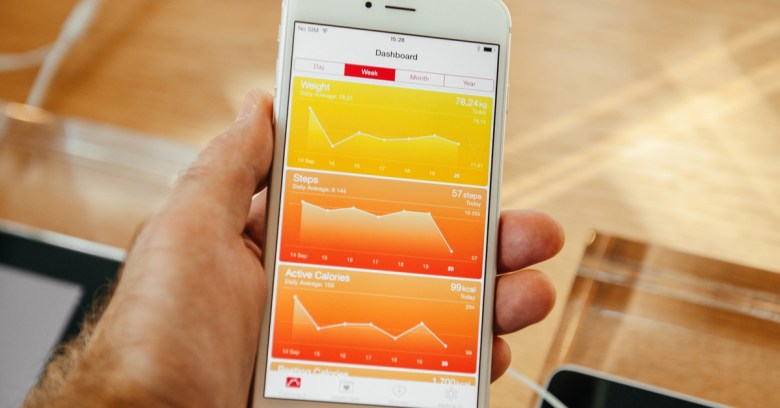 If you have an iPhone running iOS 6S or later, you’ve got Apple’s Health App, which accurately records steps. You’ve also got the Altimeter app, which keeps track of changes in elevation, to track how many stairs you’ve climbed.

And it is that health data that’s been used in the trial of an Afghani refugee in Germany who has admitted to raping and murdering 19-year-old medical student Maria Ladenburger in October 2016.

The refugee, Hussein Khavari, admitted to raping Ladenburger and to drowning her in the river Dreisam. But as the BBC reported on Friday, although he’s admitted his guilt, he’s disputed some details.

He was identified by a long strand of hair found in bushes close to the crime scene and by DNA recovered from a scarf that was found on the river bed nearby. In spite of those and other pieces of evidence, Khavari refused to provide police with the PIN to unlock his phone.

So, similar to the case of the FBI trying to get into the iPhone of the San Bernardino terrorists in the US, German investigators turned to an unnamed company from Munich that has a reputation for being able to crack locked phones. The unnamed cyber forensics firm did, in fact, manage to get into Khavari’s phone after months of work, according to German newspaper Welt. The case had begun in September.

Getting into the phone meant getting at details of its owner’s geodata.

Investigators found that the suspect’s Apple Health app recorded his movements. Between 2:30 a.m. and shortly after 4 a.m., he moved only a few steps, it showed. But it also showed that during the same time, he twice “climbed stairs.”

The investigators soon realized that those two moments might be translated into the suspect first dragging his victim down the river bank, and then climbing back up.

To verify their theory, Freiburg police sent an investigator with a similar stature as that of Khavari to the scene of the crime and gave him an iPhone to track his movements. It confirmed their theory: Climbing up and down the embankment was recorded as stair climbing.

Use of mobile health data in an investigation was a first for the police of Baden-Württemberg, but it’s not the first time personal device data has come into play in a criminal case. Last year, we saw Amazon fighting to keep Echo recordings out of court in a murder case. The Amazon Echo had been found at a murder scene where a man had been strangled in a hot tub.

The Echo wasn’t the only smarthome gadget that was a source of potential evidence in that case. Investigators had already gotten water usage data from the suspect’s smart water meter to allege that a spike in consumption during the wee hours of a frigid night were caused by somebody using a garden hose to clean blood off a patio near the hot tub.

Clearly, we can expect to see more court cases where data from our devices comes into play in courtrooms. Our devices hear us, they track us, and they can be figuratively put on the witness stand.