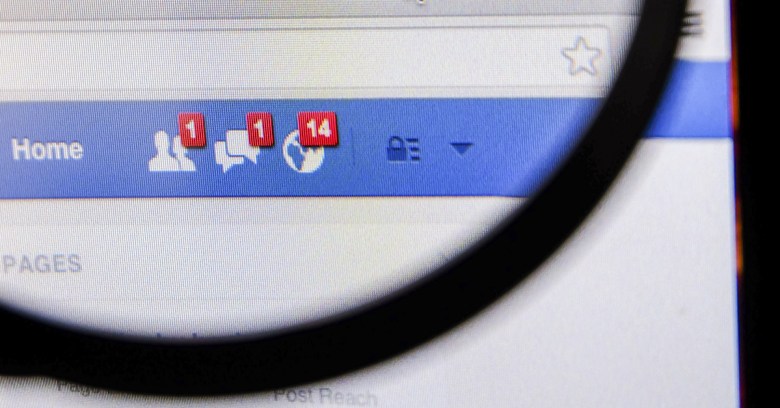 One week after Facebook CEO Mark Zuckerberg pledged to spend the new year fixing Facebook – as in, attempting to tackle problems of abuse/hate/nation-state meddling/couch potato syndrome – he again took to blogging to announce a “major change” to the way Facebook is built.

The problem, he said in a post published on Thursday, is that an explosion of corporate posts – be they from corporations, businesses or media – are overcrowding the platform, squeezing out personal content from friends and family.

Well, that isn’t what we intended, he said. And it hasn’t made Facebook into something that’s necessarily good for people. From his post:

The balance of what’s in News Feed has shifted away from the most important thing Facebook can do – help us connect with each other… We feel a responsibility to make sure our services aren’t just fun to use, but also good for people’s well-being.

“Research shows that strengthening our relationships improves our well-being and happiness,” he said, making us feel more connected and less lonely – markers that correlate to long-term measures of happiness and health… as opposed to passively reading articles or watching videos, which can make us depressed and isolated.

The changes, which the product teams started implementing last year, will be seen first in News Feed and will show up in other Facebook products in coming months. They’ll constitute the most significant change to News Feed in years. Expect to see more posts from friends, family and groups, less from businesses, brands, and media. Expect also to see fewer viral videos or articles coming out of media companies.

Instead, expect to see a great deal more of your friend’s adorable kitten sitting on top of their dog’s head, given the (very likely) possibility that such a post was liked or commented on by many friends.

How did we get to this point, where business has elbowed out friends/family/group’s content? Well, that’s “Easy to understand,” Zuckerberg said, before transitioning to the passive voice to talk about a world that Facebook was actually quite active in creating:

Yes, the content exploded, but it didn’t take Facebook by surprise. It didn’t just happen to Facebook. The explosion happened because Facebook lit the match, buying content and paying dearly for it. The Wall Street Journal reported in June 2016 that Facebook inked nearly 140 contracts with video creators, worth more than $50 million, including established media outlets such as CNN and the New York Times; digital publishers like Vox Media, Tastemade, Mashable and the Huffington Post; and celebrities including Kevin Hart, Gordon Ramsay, Deepak Chopra and NFL quarterback Russell Wilson.

Zuckerberg framed the upcoming more-friends, less-business overhaul as something that will cost Facebook, at least in the short term:

It sounds noble and self-sacrificing, and it may well be those things. But it’s also part of an extended response to increasing criticism of the platform.

In the past year, Facebook has had to defend itself against charges of spreading fake news, cloistering users in filter-created echo chambers and thereby ripping apart the fabric of how society works, being used as a pawn by nation states that have tampered in other countries’ elections, and having been built by people who knew full well they were exploiting a “vulnerability in human psychology” to get people addicted to the “little dopamine hit” when someone likes or comments on your page.

Facebook has already been plagued by questions about how its algorithms may have prioritized fake news in News Feeds, influencing the 2016 American presidential election as well as political discourse in many other countries. Facebook has cited 10 million US users who saw Kremlin-purchased ads. But there were far more who saw Russia-backed posts. According to the company’s prepared testimony, submitted to the Senate judiciary committee before hearings at the end of October, Russia-backed Facebook posts actually reached 126 million Americans during the US election.

On Wednesday, lawmakers will yet again return to the job of grilling Facebook. The focus of the upcoming hearing, in which Facebook will be joined by Twitter and YouTube, is the online spread of extremist propaganda. Representatives from the social media platforms will appear before the Senate Commerce Committee in a hearing titled “Terrorism and Social Media: #IsBigTechDoingEnough?”

All of this grilling, criticism and introspection have pushed the company far from what’s been a lackadaisical attitude in the recent past. For example, there was Zuckerberg’s initial reaction to suggestions that misleading/misinformative Facebook posts influenced the outcome of the 2016 presidential election: a reaction that was basically a shrug. It was a “pretty crazy idea,” he said, though he later conceded that he’d been unduly dismissive.

In an interview with the New York Times about the upcoming overhaul, Zuckerberg said that in light of all the public content that has appeared in News Feed, the company’s been trying to figure what it’s “really here to do.”

If what we’re here to do is help people build relationships, then we need to adjust.

As it is, he’s a father now, Zuckerberg said.

Since the birth of his two daughters, he’s been rethinking things, he told the NYT. Namely – what kind of legacy does he want to leave?