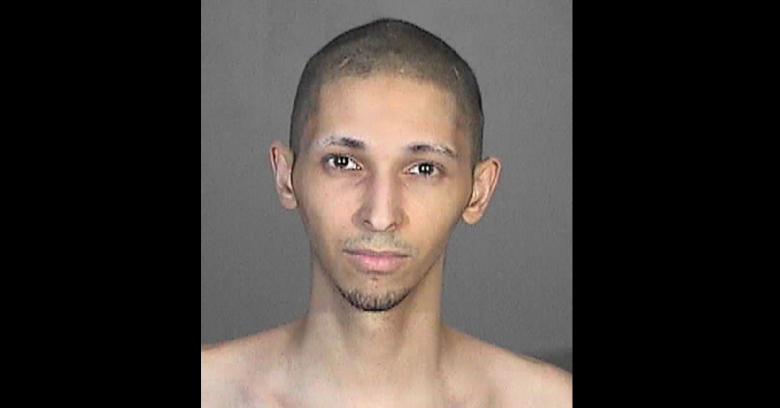 Tyler Barriss, the 25-year-old Los Angeles man who was arrested last month for his involvement in a SWATting incident, has now been charged.

He was charged with involuntary manslaughter in placing a SWATting call that resulted in a fatal police shooting of 28-year-old Andrew Finch in Wichita, Kansas on 28 December.

In a police briefing the day following the fatal shooting, Wichita Deputy Police Chief Troy Livingston said that the result of the Wichita SWAT has been a “nightmare” for everyone involved: police, the community and Finch’s family.

After his arrest, Barriss didn’t admit to placing the call that led to Finch’s death. He did, however, express remorse in an interview from Sedgwick County jail that he gave to a local TV station.

As far as serving any amount of time. I’ll just take responsibility and serve whatever time, or whatever it is that they throw at me… I’m willing to do it. That’s just how I feel about it.

Barriss said that whatever punishment results from his role in the death of Andrew Finch, it doesn’t matter: it won’t change what happened.

Whether you hang me from a tree, or you give me 5, 10, 15 years… I don’t think it will ever justify what happened.

In the emergency call recording, a man said he’d shot his father in the head. The caller also said he was holding his mother and a sibling at gunpoint in a closet. He said he’d poured gasoline all over the house and that he was thinking of lighting the house on fire.

Barriss allegedly made the threatening call after a Call of Duty game in which two teammates were disputing a $1.50 wager. Apparently, one had accidentally “killed” a teammate in the role-playing game.

One of the players sent incorrect details of a nearby address to a known swatter, who was reportedly responsible for evacuations over a bomb hoax call at the Call of Duty World League Dallas Open last month.

As for why he would do such a thing in the first place, he wasn’t insightful:

There is no inspiration. I don’t get bored and just sit around and decide I’m going to make a SWAT call.

A Twitter account called @SWAuTistic took credit for the SWATting but then turned around and denied responsibility. On the Thursday night following the shooting, SWAuTistic tweeted this:

I DIDNT GET ANYONE KILLED BECAUSE I DIDNT DISCHARGE A WEAPON AND BEING A SWAT MEMBER ISNT MY PROFESSION.

According to security reporter Brian Krebs, SWAuTistic claimed credit for placing dozens of these calls, calling in bogus hostage situations and bomb threats at roughly 100 schools and at least 10 residences. He also claimed responsibility for bomb threats against a high school in Florida and the bomb threat that interrupted the FCC net neutrality vote in November.

Krebs’ report is well worth the read. One pearl of information: it appears that Kansas investigators were led to Barriss, the man who’s allegedly behind the @SWAuTistic account, by Eric “Cosmo the God” Taylor.

Remember him? He pleaded guilty to being part of the group that SWATted Krebs in 2013.

Taylor is now trying to turn his life around, and is in the process of starting his own cybersecurity consultancy. In a posting on Twitter at 6:21 p.m. ET Dec. 29, Taylor personally offered a reward of $7,777 in Bitcoin for information about the real-life identity of SWAuTistic.

In short order, several people who claimed to have known SWAuTistic responded by coming forward publicly and privately with Barriss’s name and approximate location, sharing copies of private messages and even selfies that were allegedly shared with them at one point by Barriss.

If Barriss does indeed turn out to be SWAuTistic, anticipate more arrests as investigators continue on to find others involved in this tragedy.

22 comments on “Man charged over fatal “Call of Duty” SWATting”