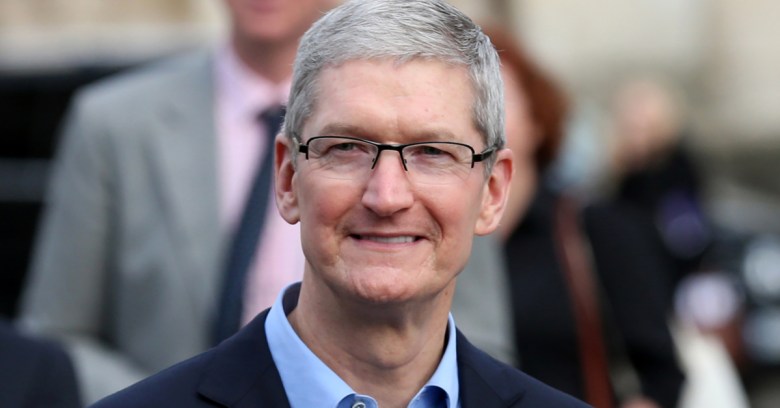 Apple CEO Tim Cook is the latest high-tech bigwig to admit to plugging his nose at the overuse of technology.

In Cook’s case, we’re talking about social media, specifically as it applies to his nephew. He doesn’t have children himself, but Cook doesn’t want his nephew (who’s apparently around the age of 13) on it, he said last week at a school coding initiative.

As The Guardian reports, Cook was talking at the UK’s Harlow college, in Essex, which is one of 70 institutions across Europe that will use Apple’s Everyone Can Code curriculum: a year-long curriculum of coding learned through the use of games, lessons and interactive materials.

As The Guardian tells it, every student is given an iPad loaded chock-a-block with coding apps and tools that they use as teachers guide them through the concepts of coding. It might seem contradictory, but it was during Everyone Can Code at Harlow college that Cook said that overuse of technology can be a problem. The Guardian quoted him:

I don’t have a kid, but I have a nephew that I put some boundaries on. There are some things that I won’t allow; I don’t want them on a social network.

Technology shouldn’t dominate, he said, even in computer-aided courses such as graphic design:

I don’t believe in overuse [of technology]. I’m not a person that says we’ve achieved success if you’re using it all the time. I don’t subscribe to that at all.

There are are still concepts that you want to talk about and understand. In a course on literature, do I think you should use technology a lot? Probably not.

As it is, a recent report from the British Children’s Commissioner that looked at social media use among 8- to 12-year-olds found that children aren’t getting enough guidance to cope with the emotional demands that social media puts on them.

Facebook, for its part, last month admitted that social media can be bad for you.

On the plus side, there are those boosts in self-affirmation you get from friends on social media when they like or comment on your content. On the negative side, those boosts are addictive. Facebook ex-president Sean Parker recently said Facebook’s creators all knew, at the dawn of the social network, that they were exploiting a “vulnerability in human psychology” – one that Facebook founders went ahead and exploited anyway.

There have also been multiple studies that have looked at the dark side of Facebook. Five themes emerged from one such: managing inappropriate or annoying content, being tethered to Facebook, perceived lack of privacy and control, social comparison and jealousy, and relationship tension.

We’ve been witnessing quite a bit of recoil from social media creators as they behold the creature that they’ve created. There was Chamath Palihapitiya, former vice-president of user growth at Facebook, who said that he regrets his part in building tools that destroy “the social fabric of how society works.”

The short-term, dopamine-driven feedback loops that we have created are destroying how society works. No civil discourse, no cooperation, misinformation, mistruth.

Other ex-Facebookers who’ve stepped back to question the repercussions of what they’ve created include Facebook “like” button co-creator Justin Rosenstein and former Facebook product manager Leah Pearlman, who have both implemented measures to curb their social media dependence.

It’s not just Facebook; in the midst of the current analysis of fake news, Snapchat CEO Evan Spiegel, for one, has also been doing some introspection.

Mark Zuckerberg even devoted his yearly personal challenge to “fixing” Facebook, afflicted as it is by abuse and hate, nation states that use it as a propaganda tool, and the danger that it can turn users into passive, miserable couch potatoes.

But although Cook doesn’t want his nephew to get sucked into the social media maw, he’s gung-ho about getting youngsters to learn code – as in, forget the Parlez-vous français? classes. Coding is more universal, Cook said:

I think if you had to make a choice, it’s more important to learn coding than a foreign language. I know people who disagree with me on that. But coding is a global language; it’s the way you can converse with 7 billion people.

True, you can “converse” with people via code. You can communicate, after a fashion. But can you talk to them?

…or do you need to turn yet again to social media, and Google translate, for that?