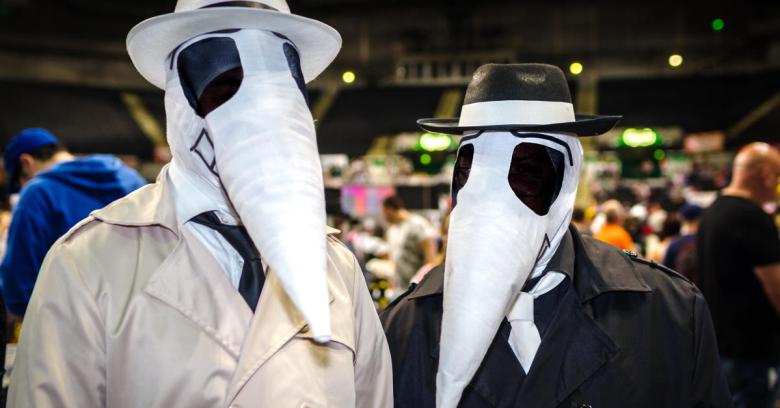 The Dutch public broadcaster, NOS, just published an fascinating flag-waving Spy vs. Spy story about how the Dutch intelligence services helped the US fight off cyberattacks during the last US elections.

[There’s an English version of the article online, but it’s a rewrite, not a translation.]

One of the claims made is that the Dutch counter-hackers were able to infiltrate a Russian cybergang known as Cozy Bear and keep an eye on them.

And when we say “keep an eye on”, we mean it quite literally.

Apparently, the Dutch penetrated a security camera in the corridor leading to the hackers’ office, giving the counter-spies a view of everyone who came and went – information that was shared with US intelligence.

The Cozy Bear crew, it seems, didn’t realise that they’d been counter-hacked and betrayed by their own network.

NOS continues by saying that there were “about 10 people” in the Cozy Bear group, an imprecision that suggests either that the hacked camera didn’t have very good image quality, or that some of the group worked off-site.

Nevertheless, it’s an almost delightful irony that the hackers’ own security precautions were turned against them.

Two-faced CCTV cameras are, sadly, not a new topic on Naked Security.

The current trend to “internetify” as many devices as possible – what’s known as the IoT, or Internet of Things – is happening at such a dramatic (and competitive) rate that security often takes back seat, or even no seat at all.

We’ve written about security blunders in IoT products from dolls to sex toys; from light bulbs to kettles; from routers to printers – and many other IoT devices, too.

We don’t know exactly how the Dutch hacking team took over the camera in this story – it could have been via a security flaw in the camera itself, via the software that controlled the camera, or via some other related compromise on the hackers’ network.

But if you are planning on plugging in anything such as an internet enabled camera, thermostat or light switch at home, here are some tips to help you get started as safely as you can: