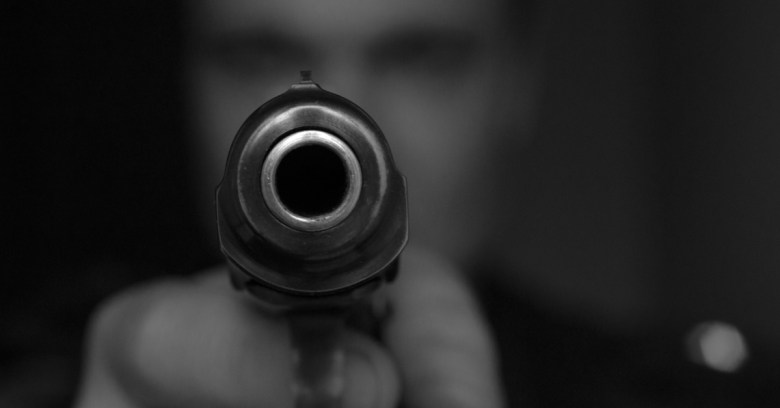 Sorry, there’s no punchline. This is not a joke. The bank robbers did not expect clinking bagfuls of shiny gold Bitcoins like you see in the cryptocurrency icons.

No, this was serious: the robbers hit one of the bound employees in the head with a gun and demanded an outbound transfer. Thankfully, according to Ottawa Police, the robbery failed when a fifth employee, who was hiding in another office, called police.

The robbers fled, empty-handed. When police arrived, they saw one of the suspects run into a nearby ravine. The CBC reports that the police sent in tactical officers and police dogs. They arrested the suspect, 19-year-old Jimmy St-Hilaire, and as of Wednesday were still trying to hunt down the two remaining suspects.

Canadian Bitcoins confirmed to Motherboard that yes, its office had been targeted, and that an employee had suffered minor injuries.

Yesterday, there was an attempted robbery at our office in Ottawa. As police have mentioned, no one was seriously hurt during the incident, but one staff member did sustain minor injuries. Our focus is on supporting our staff at this time as well as working with the police in their investigation.

The ways you can lose cryptocoins are manifold, but for the most part, they’re only psychologically painful: you can lose them if the value nosedives, or when exchanges get hacked, or if digital wallets get frozen, or if exchanges claim to “lose” them a la Mt. Gox.

We can also add armed robberies to that list, and in fact the Ottawa attempted robbery wasn’t the first violent incident. Last month, a New Jersey man, Louis Meza, was arraigned on eight charges, including grand larceny, kidnapping, robbery, criminal use of a firearm, computer trespass and computer tampering for allegedly robbing a so-far unnamed acquaintance on 4 November of about $1.8m of the cryptocurrency Ether.

An accomplice who hadn’t been apprehended as of last month held the victim at gunpoint in a car and demanded his cell phone, wallet, and keys. Then, the victim was forced to tell the robbers his 24-word passphrase. By the next day, Meza’s personal account had been fattened by the addition of $1.8m.

Yet another violent incident last month was that of the abduction of Pavel Lerner, a senior executive at the Bitcoin exchange Exmo. His brief kidnapping was followed by a distributed denial-of-service (DDoS) attack on the exchange’s website, temporarily affecting trading.

You might guess that the stakes are soaring along with the value of Bitcoin, but, well, that soaring has turned into a nosedive. Within the past day or so, there’s been a bloodbath in futures trading: as Market Watch reports, since closing at a peak above $19,000 on 18 December, Bitcoin has lost almost half of its value.

In fact, some are predicting that Bitcoin value could drop 80%, and they’re blaming the cryptocurrency Tether as possibly having been artificially increasing Bitcoin’s value.

Well, OK. A crash of that magnitude might have a silver lining. An 80% crash would be fine and dandy, if it keeps the robbers from kidnapping and pistol-whipping bound employees in their hunger for cryptoriches.

Bring on the virtual blood bath: it’s preferable to one IRL.