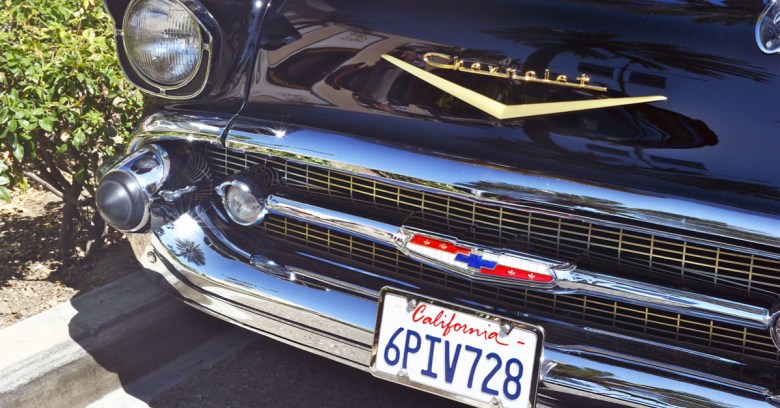 Under pressure from police lobbyists, California state senators have killed a bill that would have made it harder for data-aggregators-on-wheels to automatically snap photos of parked cars’ license plates.

Senate bill SB-712, which had bipartisan support, would have tweaked a law that says you can’t cover your car’s license plate.

In California, it’s currently legal to cover your entire vehicle when it’s parked, including the license plate, to protect the car from the weather, as long as the cover is easy enough to pull up to get a look at the license plate.

The bill, which was endorsed by the Electronic Frontier Foundation (EFF), was meant to protect location data privacy from the spying electronic eyes of ALPRs. As the EFF notes, ALPR data can reveal where you live, where you work, where you worship and where you drop your kids at school. From the EFF:

This measure was a simple way to empower people to protect information about where they park their cars, be it an immigration resource center, a reproductive health center, a marijuana dispensary, a place of worship, or a gun show.

Without the ability to legally cover your license plates, businesses can continue to send ALPRs, mounted on vehicles, driving up and down streets to document the travel patterns of drivers, to take photos of every license plate they see, to time-stamp and location-stamp those photos, to upload them to a central database, and to sell the data to lenders, insurance companies and debt collectors.

The ALPR companies also sell information to law enforcement, including to the US Department of Homeland Security (DHS). The DHS, in fact, last month released its updated policy for using this commercial ALPR data for immigration enforcement.

Although a vendor wasn’t named in the contract, an ICE representative told The Verge that the license plate records will be supplied by Vigilant Solutions.

Vigilant is the leading vendor of license plate recognition data. As of two years ago, the Atlantic reported that Vigilant had amassed roughly 2.2 billion license-plate photos and was capturing and permanently storing about 80 million additional geotagged images per month.

Two years on, Vigilant’s data set has continued to burgeon. It’s currently absorbing up to 100 million license plate readings per month, each tagged with a date, time and GPS coordinates. The company doesn’t necessarily collect all the data itself. Rather, it acquires data from partners such as car repo agencies and other private groups. Vigilant also partners with police departments, picking up yet more data from camera-equipped police cars.

Jay Stanley, a senior policy analyst who studies license plate readers with the American Civil Liberties Union (ACLU), told The Verge that the biggest concern for civil libertarians is the scale of Vigilant’s network, which it’s put together almost completely outside of public accountability.

According to the EFF, police lobbyists misrepresented California’s SB-712, claiming that Amber alerts – alerts sent out about abducted children – don’t work if kidnappers can hide their license plates. Contrary to what the lobbyists claimed, vehicles in motion would have still been required to keep their plates uncovered under the bill, and good Samaritans wouldn’t have been prevented from identifying missing children.

The lobbyists also claimed that the bill would enable criminals to hide their parked cars: “to park in plain sight, undetected by law enforcement.” Well, that doesn’t make sense, the EFF argued: it’s legal now to cover the entire car. If crooks instead only covered their plates, police could more easily see the make, model and color of their cars. Besides, the bill would have legalized plate covers that could simply be raised by police who found a car that matched the description of a wanted vehicle.

The vote in California’s senate, which took place on Tuesday, rejected SB-712 18 to 12.

The EFF said fine, senators, you don’t like this bill, which would have protected driver privacy? Then you better spend the year coming up with a new solution.

8 comments on “California says no, you can’t cover your license plate”