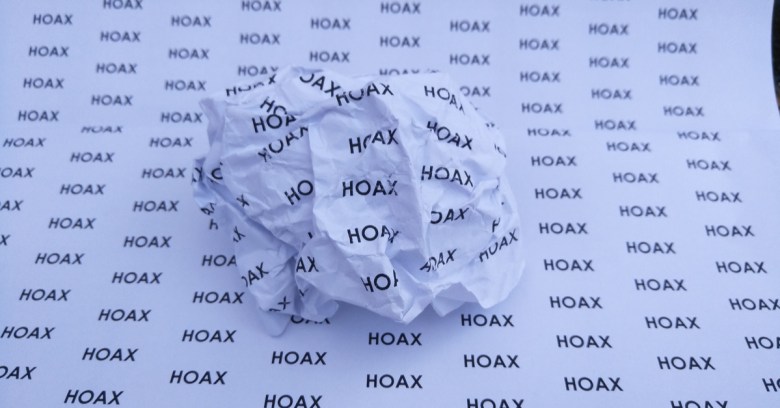 Have you noticed something different about your Facebook newsfeed lately? Have you wondered if it has a new algorithm?

Guess what, friends…. Facebook’s algorithm now chooses your 26 FB friends. If you can read this, please leave me a “hi,” whatever, so you will appear in my news feed.

Feel free to copy and paste on your wall, too, if you want to see more than FB’s algorithmic selection. FB shouldn’t choosing my friends.

Don’t worry. There’s no new algorithm, at least not that we know of. Your friends have just been taken in by the latest Facebook hoax. Don’t give in to their pleas to just post a quick “hi, whatever” – anything, really, just because they MISS YOU! and don’t want Facebook to choose which friends they see.

The viral rumor has been debunked by Snopes.

Snopes had skin in the game with this one: As the hoax slayers described on Monday, one version of the rumor added another layer of flame-broiled bogus onto the whopper – that a friend had checked Snopes and found that “yes it’s TRUE,” (no, it’s NOT), that Newsfeed was showing only posts from the “same few people, around 25, repeatedly the same, because Facebook has a new algorithm.”

As Snopes points out, the algorithm hoax followed on the heels of a real Facebook announcement from 11 January about a major overhaul in how newsfeed works.

It wasn’t about squeezing out your friends, though. In fact, Facebook had the opposite in mind: it said it was working on turning the tables when it comes to personal content from friends and family being squeezed out by an explosion of corporate posts, be they from corporations, businesses or media.

Snopes contacted Facebook to ask whether the claim of limiting personal interactions had merit. A representative said no, it does not. In fact, the rumor, which has gone viral by lying its way to the top of newsfeeds, has done so by tricking users into liking and sharing it, not because it has even a vague aroma of truth about it.

Don’t like the hoax posts. Don’t share them. Don’t add any comments to these posts, either: that will just increase their ranking. Rather, send a private message to those who’ve fallen for the hoax, gently talking friends and family out of sharing or participating in any way.

Let’s not be pawns in these pranksters’ games.

6 comments on “Facebook HOAX! New algorithm will NOT only show you 26 friends”