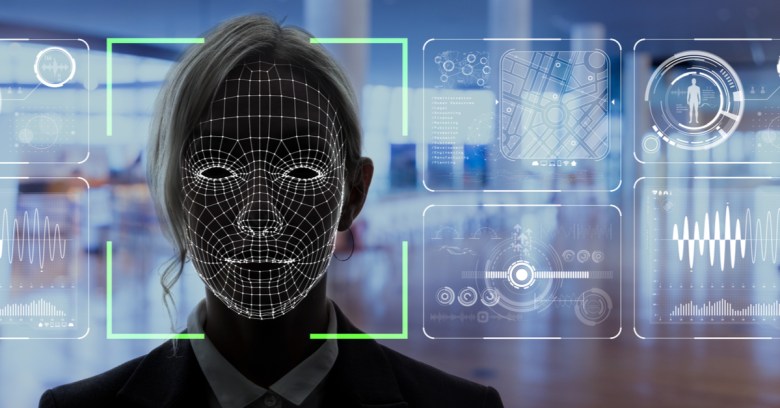 In time for the massive upcoming human migration that is China’s annual Lunar New Year, Chinese police have added a new surveillance tool to their already considerable arsenal: glasses outfitted with fast facial recognition technology that’s connected to a database of 10,000 suspects wanted in connection with major crimes.

During the celebration, which begins next week, hundreds of millions of people will flood train stations and airports.

China’s official state media outlet, the People’s Daily, on Monday touted the surveillance specs as a way to help out authorities during massive events such as the annual Lunar New Year. Chinese news outlets featured a policewoman wearing a sunglasses version while patrolling a train station in Zhengzhou, the capital of central China’s Henan province.

The People’s Daily reported that the eyeglass-mounted camera is equipped with facial-recognition technology capable of “highly effective screening” of crowds for fugitives traveling under false pretenses.

According to the Wall Street Journal, the devices are skirting the slow mess that is blurry CCTV cameras and hooking directly into a database of known suspects. LLVision, the company behind the devices, says that they’ve been able to identify individuals by zipping through a database of 10,000 suspects in as little as 100 milliseconds: faster than some fixed-camera systems.

As of Wednesday, the glasses had already helped railway police at Zhengzhou’s East Railway Station nab seven suspects and 26 people who were allegedly traveling using other people’s identities.

Borrowing others’ identities is a way for people to evade China’s monitoring of air and train travel, to get around travel restrictions, and to slip past whatever punishment authorities think should be meted out for their “infractions,” the WSJ reports.

William Nee, China researcher at Amnesty International, told the newspaper that the new surveillance tool could also give Chinese authorities the ability to track political dissidents and to profile ethnic minorities. The WSJ quotes Nee:

The potential to give individual police officers facial-recognition technology in sunglasses could eventually make China’s surveillance state all the more ubiquitous.

Beijing-based LLVision Technology Co.’s CEO, Wu Fei, said that the company worked with police departments in Henan, the eastern province of Shandong and the northwestern region of Xinjiang for a year to develop the devices.

The glasses are based on wearable video cameras and actually don’t have facial recognition capability themselves. That non-facial recognition model, which sells for 3,999 yuan ($636), is sold to businesses and consumers. Then there’s the surveillance model, or, as the company says, the model that can be used for “identification purposes”. LLVision can’t provide a price for that model, Wu said, given that they’re part of larger, custom-designed systems that vary in cost.

The company told the WSJ that it’s already shipped basic, non-surveillance-equipped glasses to Africa, the US, Europe and Japan. It would also like to “expand overseas sales,” Wu said.

Of course, with surveillance-hungry police and regimes around the world, it’s not hard to see that LLVision could undoubtedly expand its shipments by selling more surveillance models. It’s four years ago now that Dubai, for one, added facial recognition to Google Glass. That same year, the New York Police Department began testing Glass for use in investigations.

LLVision told the WSJ that it’s vetting clients before they can purchase the surveillance devices and avoiding selling to consumers entirely until it figures out how people are going to be affected by the technology.

If they really want to know how people are affected they might take a look at Google’s ill-fated Google Glass project. I seem to remember at least one alleged barroom brawl over people assuming they were being recorded by the device.

At any rate, police getting their hands on surveillance spectacles is all in keeping with the trend for US cities to increasingly gobble up data on residents using surveillance technology such as gunshot-detection sensors, license plate readers, data-mining of social media posts for criminal activity, tracking of toll payments when drivers use electronic passes, and even at least one police purchase of a drone in Texas.

Given that they’re getting their face images from a preloaded database, LLVisions’s facial recognition glasses don’t seem all that threatening. It’s a closed data set, after all, right?

But what’s to stop them from being hooked into ever-burgeoning face databases, like the ones maintained by the FBI?

I think it’s time to drag out that George Orwell definition of a Facecrime from 1984:

It was terribly dangerous to let your thoughts wander when you were in any public place or within range of a telescreen. The smallest thing could give you away. A nervous tic, an unconscious look of anxiety, a habit of muttering to yourself - anything that carried with it the suggestion of abnormality, of having something to hide. In any case, to wear an improper expression on your face (to look incredulous when a victory was announced, for example) was itself a punishable offence. There was even a word for it in Newspeak: facecrime, it was called.

One comment on “Chinese police get facial recognition glasses”