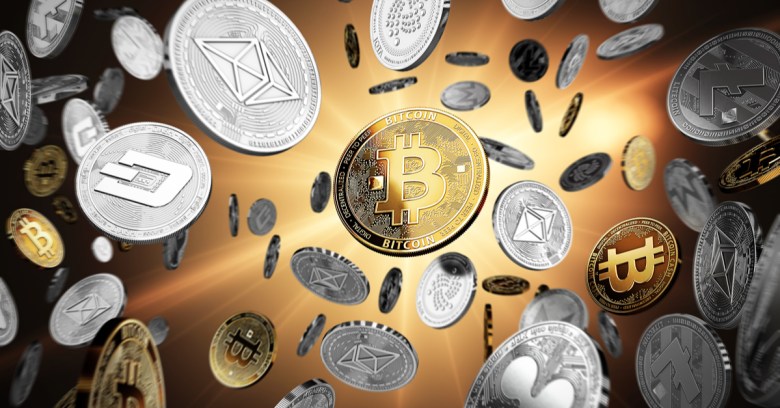 All have been popping up on Twitter within the past few weeks, all of them bearing handles that are passingly close to those of legitimately famous people like Elon Musk, Donald Trump, Justin Sun, other tech CEOs, or other big names in cryptocurrency – and all of them claiming that they’re showering cryptocurrency onto the first comers.

All you have to do to receive it is first send some cryptocoin to an online wallet (please don’t!), and you’ll get double – triple! – quadruple! – decuple! – your money back (fat chance!).

Here’s one sample of these scammers’ come-ons:

The scammer in this case has ripped off a picture of Justin Sun, founder of the Tron Foundation. TRON is a blockchain-based open source global digital entertainment protocol. As this particular scam shows, not only are the scammers ripping off well known people’s photos and typosquatting their handles; they’re also plopping their scam come-ons down in the prime real estate of the comment section of their targeted celebrities’ posts.

That’s what @justtinsun_tron did in that scam above, and it’s what @DoonaldTrump65 did with his own scam, which showed up in the comments for this tweet about #nationalprayerbreakfast from President Trump:

Our founders invoked our Creator four times in the Declaration of Independence. Our currency declares “IN GOD WE TRUST.” And we place our hands on our hearts as we recite the Pledge of Allegiance and proclaim that we are “One Nation Under God.” #NationalPrayerBreakfast pic.twitter.com/zukP40Ezpo

The @DoonaldTrump65 account, which has since been suspended, on Thursday replied to @realDonaldTrump’s tweet with an offer to donate 250 Ethereum to the ETH community – “Because I’m the best President ever!”

BuzzFeed News did a “cursory search” of Twitter that uncovered 27 fake accounts promoting “dubious bitcoin or ethereum ‘investments,'” including ten masquerading as Musk and three pretending to be Donald Trump. BuzzFeed also found that there are large automated botnets doing the scut work behind the scenes.

Twitter told BuzzFeed News that it is trying to stamp out the scams:

We’re aware of this form of manipulation and are proactively implementing a number of signals to prevent these types of accounts from engaging with others in a deceptive manner.

Twitter may well be stamping out these accounts, but it’s a game of Whack-A-Mole. “New accounts, including three more posing as Trump, popped up Friday morning and are still active,” BuzzFeed reported on Friday. I found the @JusttinSun_tron account to be active as of Tuesday morning.

The scams might seem laughably easy to dismiss, but it doesn’t take many fooled donors to nicely fatten an online wallet. Partly, that’s because botnets automatically flood comments with fake replies. Given a similar-looking handle and an identical avatar, the scammer’s tweets look like they’re part of a legitimate thread, instead of being separate tweets from separate accounts. The scam tweet is then amplified as bots retweet it or reply with yet more bogus tweets saying that the cryptocurrency come-on is for real and actually works.

Josh Emerson, a self-proclaimed Twitter bot hunter, as of Thursday had tracked over 1,200 of the scammer accounts that were amplifying fake Elon Musk tweets touting the cryptocurrency scheme:

more like 1200 bots in this overall network
they are making the bots faster than twitter can ban them pic.twitter.com/C2ggZiHG1y

Obviously the protections in place for automated account creation are not working.

Beware the bitcoin bots – they’re after your cryptocoin, they’re bot-breeding like mad, and they’re racing like rabbits to outpace Twitter’s ability to catch up.