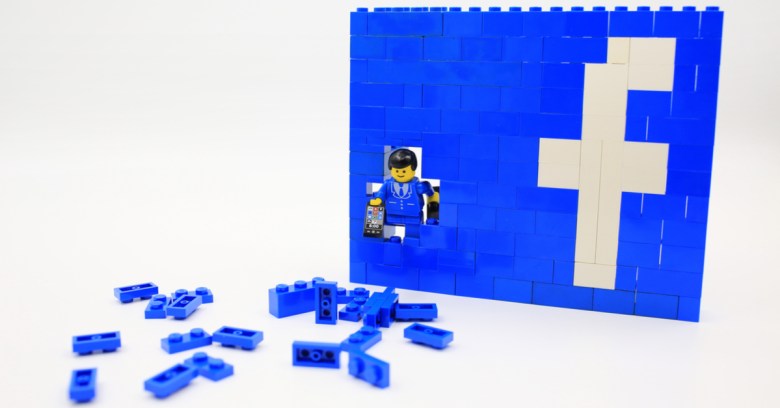 If you believe some of the more speculative stories on the internet right now, this question won’t be hypothetical for long.

There are a number of stories circulating that later this year Facebook will announce the Portal, its camera-enabled premiere foray into the world of home smart devices, akin to Amazon Echo and Google Home.

Of course, this being a device from Facebook, it’s going to leverage its huge library of knowledge about all its users, and what those users look like. After all, Facebook has been using facial recognition technology to scan photos uploaded to its service for years to match those faces to its users.

The rumored Facebook Portal device would take advantage of Facebook’s massive database of knowledge about its users, their behavior, and their faces for everything from identity verification to detect moods for targeted advertisements, or to glean any trends about user emotional health over time.

The rumored Portal is still firmly in the realm of Silicon Valley whispers – though we’ll find out in May at the F8 Developer’s conference if it’s real or not – but it raises larger questions about welcoming smart devices into our home.

Of course there are certainly those of us who have smart speakers in our houses and have made peace with an always-on device helping us with tasks and listening to the minutiae of our lives. But will we feel as comfortable with a face-savvy camera in our home, especially one that’s tied to a service as ubiquitous as Facebook?

If the idea makes you a little queasy, it would be advisable to keep these kinds of camera-based devices out of your home in the future.

In the meantime, you can take this as an opportunity to review your facial recognition settings in your Facebook profile. Facebook even helpfully reminded me to do so recently rather out of the blue, which made me suspect that perhaps they’re planning on doing something new with their face recognition technology, but that’s only a guess on my part: 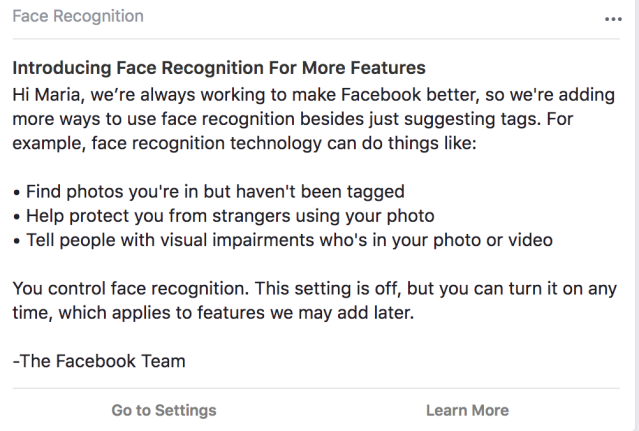 How to check your facial recognition settings in Facebook

(Note: If you’re in Canada or the EU, facial recognition isn’t currently available to you on Facebook)

From a web browser:

Facebook helpfully notes in its help documentation about this feature that “you can turn the [facial recognition] setting on or off at any time, which will also apply to any features we add later.” Presumably, this includes any devices it might make that could use this feature.

Even if you have the settings turned off on your Facebook profile – and even if you don’t *have* a Facebook account – as long as you’ve appeared in a photo that’s been uploaded, it’s entirely possible for Facebook to one day make a face-recognized profile of you.

And it’s not just Facebook, facial recognition tech is ubiquitous and it’s already well-loved by advertisers and law enforcement alike. There may not be much we can do to avoid our likenesses being scanned and made into face-based profiles on a distant database somewhere as cameras proliferate in society – but for as long as we have any say over this tech, it’s good to exercise that control.

7 comments on “Would you allow Facebook into your home?”