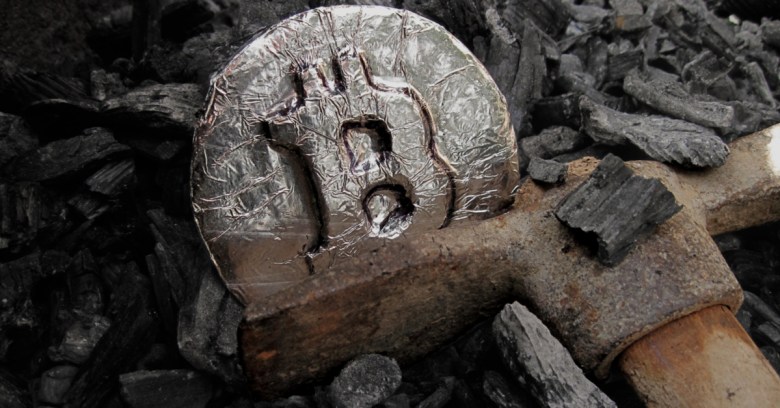 Cryptocoin mining, how do you ruin our day?

Let us count the ways, because hastening global warming and hoovering up all the graphics processing units (GPUs) apparently isn’t enough.

Now, we have method #1583: a mining device with halitosis, breathing out interference emissions that befogged T-Mobile’s broadband network in Brooklyn.

Knock it off, the Federal Communications Commission (FCC) told Brooklyn resident Victor Rosario on Thursday. The FCC’s letter said that if Rosario didn’t turn off the mining device, and if the interference kept up, he’d be in danger of incurring “severe penalties,” including, but not limited to, stiff fines, seizure of the offending radio equipment, and potentially jail time.

How did they test whether the device in question was really screwing up T-Mobile’s broadband? They either turned it off or told Rosario to turn it off. Presto! No more “spurious emissions” were found when the gadget was powered down, the FCC said.

David C. Dombrowski, regional director of the FCC’s Enforcement Bureau, said that agents had used direction-finding techniques to trace radio emissions in the 700 MHz band and found they were emanating from Rosario’s home in Brooklyn, New York.

The guilty device was an Antminer S5 Bitcoin Miner: a geriatric 2014 model that, as one reviewer said, has zero chance of making anything worthwhile on its own or even with a few S5s hooked up; you would need to join a pool to have a chance of making a block, which is the term for a Bitcoin transaction that’s permanently recorded.

The FCC gave Rosario 20 days to tell the agency if he’s still using the Antminer; its manufacturer, model, serial number and whether it has FCC labelling identification; how he intends to keep the device from polluting the spectrum again; and where he bought the thing.

While you’re at it, please provide the receipt, the FCC said.