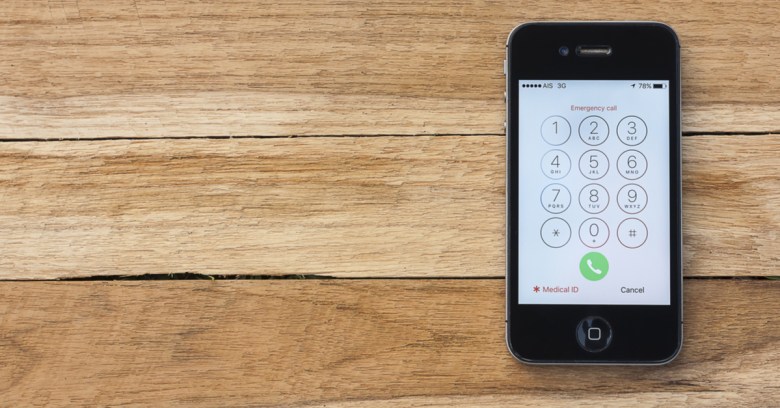 Emergency dispatchers in California are being swamped with false emergency calls from an Apple repair and refurbishing center in Elk Grove, Sacramento County.

They told CBS Sacramento that the calls started in October and have clocked in at an average rate of about 20 per day – a total of about 1,600 calls over the course of around four months.

CBS Sacramento says the calls are also coming in to the Sacramento County Sheriff’s Department Communication Center, which has received 47 fake emergency calls since 1 January. When the dispatchers pick up, there’s typically nobody on the other end of the line.

They do, however, hear repair-shop patter, according to Sgt. Shaun Hampton with the sheriff’s department:

To them, it sounds like people talking about Apple, or devices or generally about maintenance and repairs.

Last week, Apple said in a statement that it’s aware of the emergency flubs:

We’re aware of 911 calls originating from our Elk Grove repair and refurbishment facility. We take this seriously and we are working closely with local law enforcement to investigate the cause and ensure this doesn’t continue.

Hampton said that the time needed to deal with the spurious calls could take away from time spent helping people with real emergencies.

Jason Jimenez, with the Elk Grove Police Department, said that the department is working with Apple to try to shut up whatever panicky devices are calling:

[The US emergency call number 911] is a lifeline for everyone in our community, so having these lines open and available is paramount and so [is] getting this problem resolved… At this point, public safety is not in danger and we are working with Apple to resolve the issue.

Which device needs smelling salts? Nobody knows yet, but it could be iPhones or 4G Apple Watches, neither of which require a SIM card or phone contract to make emergency calls. On older iPhones and on the iPhone 7 and iPhone 7 Plus, a user can rapidly press the Side button on the right of the device five times to activate its new Emergency SOS feature, which was introduced in September. That brings up a slider on the screen that enables a user to call 911.

As Apple says in its marketing for Emergency SOS on Apple Watch, you can “quickly and easily call for help and alert your emergency contacts.”

Maybe a teensy bit too easily? Maybe an iota too quickly?

This is, after all, not the first time we’ve seen a tsunami of fake emergency calls coming from triggered Apple Watches. Earlier this month, Ottawa County dispatchers complained to local news WNEM about a rash of dropped emergency calls. When the dispatchers called back the numbers, they’d hear things like “oops – I was exercising!” or “I hit the wrong button!”

We’re getting Apple Watch calls all the time.

In fact, Apple includes instructions on how to abort accidental emergency calls from its Watch: firmly press the display, then tap End Call.

That won’t help dispatchers much, though. Accidental call or not, they’re going to follow through just in case, Smith said. In fact, given how determined they are to make sure a caller isn’t in danger, it might be best to just see the call through and tell the dispatcher who picks up that it was a mistake.

We make every effort to follow up on that call, including if we have a valid location, we’ll send an officer out if we can’t get ahold of you.