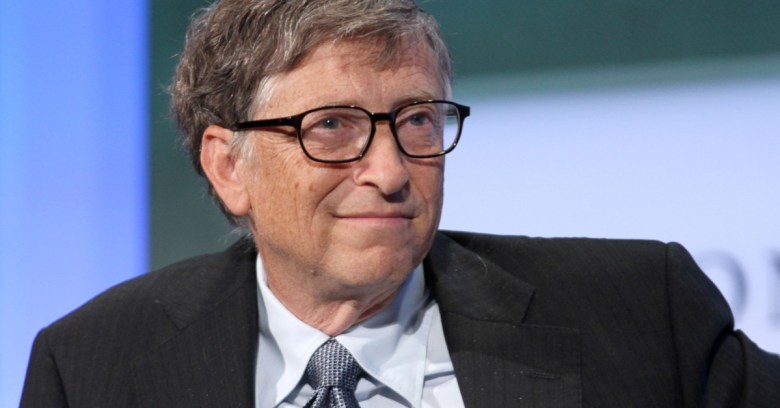 Cryptocurrencies are killing people in a “fairly direct way” because of how they’re used to fund terrorism and to buy fentanyl and other dangerous drugs, Bill Gates said in a Reddit Ask Me Anything session last week.

Asked by one user for his opinion on the currencies, Gates said that what he called their main feature – anonymity – is the main problem:

The main feature of crypto currencies is their anonymity. I don’t think this is a good thing. The government’s ability to find money laundering and tax evasion and terrorist funding is a good thing.

Right now crypto currencies are used for buying fentanyl and other drugs so it is a rare technology that has caused deaths in a fairly direct way. I think the speculative wave around ICOs [initial coin offerings] and crypto currencies is super risky for those who go long.

Gates isn’t the only insanely rich guy who’s bearish on the currencies. In January, Warren Buffett, CEO of Berkshire Hathaway and an investor who’s renowned for his acumen, said he didn’t understand Bitcoin, can’t fathom other blockchain-based digital assets, and swears he’ll never invest in any of it.

Many Reddit users were, predictably enough, not impressed by Gates’ leeriness about cryptocurrencies.

One, Suuperdad, said sure, you know what else is used to fund terrorism, buy fentanyl and other drugs? The US dollar.

Other users piled on:

[–]Always_Question 73 points 4 days ago
Terrorists breath air too, so we should ban that. Tennis shoes as well.

They also suggested that Gates doesn’t fundamentally understand how the technology works. One, RemingtonSnatch, replied that it’s “fairly difficult” to maintain anonymity, given the blocks – which are groups of transactions that function like digital ledgers – that track transactions:

One would have to make their initial transaction in person to avoid signing up with an exchange (and the requisite very-unanonymous bank transfer). And if at any point your person is tied to your address, your entire transaction history and the flow of every “penny” you ever spent is easily and immediately known. It’s easier than traditional currency to trace at that point, because the ledgers are public to the world…there are no institutional barriers.

While I would wager that a lot of illegal transactions are made using the likes of Bitcoin because people THINK it protects their identity, I would also wager that in the coming years, as law enforcement becomes more versed in crypto, a lot of those people will find themselves in prison. Remember, the trail they’ve left behind is permanent.

As the MIT Technology Review reported last year, some researchers agree with that assessment. Steven Goldfeder, at Princeton University, and others on his team have found that ordinary Bitcoin purchases leak information that makes it straightforward to link individuals with their transactions, even when purchasers use additional privacy protections such as CoinJoin.

The main culprits are web trackers and cookies – small pieces of code deliberately embedded into websites that send information to third parties about the way people use the site. Common web trackers send information to Google, Facebook, and others to track page usage, purchase amounts, browsing habits, and so on. Some trackers even send personally identifiable information such as your name, address, and email.

In this way, information about a transaction leaks onto the web, where governments, law enforcement agencies, and malicious users can readily collect and analyze it.

In fact, researchers recently managed to exploit the careless ways people use social media and specialist forums to unmask people who bought or sold goods on the dark web, via their Bitcoin transactions.

Other Reddit users said that it’s “absolutely not true” that you can’t stay anonymous while using cryptocurrencies. One, Profetu, pointed out that it’s the slip-ups that strip anonymity, including how Silk Road captain Ross W. Ulbricht was caught through (what the FBI claimed to be) misconfiguration or (what others have claimed was) misuse of the site’s server address.

At any rate, back to Bill Gates. As the BBC notes, the founder of Microsoft may not like cryptocurrency now, but he sure liked it in the past: in 2014, he told Bloomberg TV that Bitcoin “was better than currency” because it’s “cheap.”

What’s more, both Gates’ foundation and his former workplace are cozy with it.

The Bill and Melinda Gates Foundation has sponsored the development of blockchain (the technology that underpins cryptocurrencies) for merchants in Kenya, while Microsoft is also working on blockchain technology that will verify digital identity.