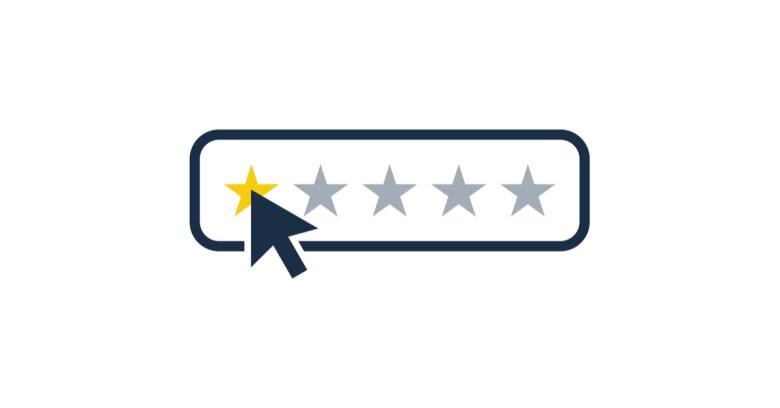 But in a classic social media way, the raspberry-blowing got a lot nastier following Sunday’s game between Celtic and Rangers: bitter rivals, both based in Glasgow, UK.

Namely, a post appeared on the Facebook page of a local restaurant owner, making fun of Rangers for losing. Somebody working the Facebook account of Shindy Singh, the boss at the Indian Sizzler, called Rangers “zombie scum” and told the players to “get back into ur graves”, inserting a handful of “laughing until I weep” emojis: 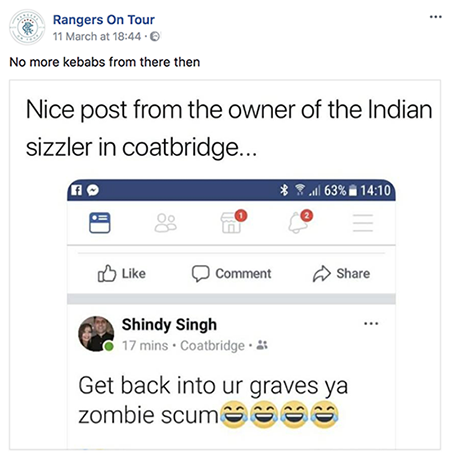 …a post that was picked up by a number of Rangers fan groups, including Rangers on Tour. Fast flew the angry and offensive comments, along with threats to leave bad reviews and to book tables and takeaway in an effort to put some financial hurt on the restaurant. 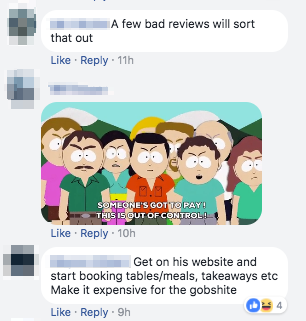 They weren’t joking. The furious football fans carried through on the threats, leaving a stream of 1-star reviews on the Indian Sizzler’s Google review page. Of course, we can’t tell what’s a valid review, from somebody who actually ate there and wound up with gastroenteritis, vs. the “how DARE you call us zombies” fans, but an awful lot of 1-star reviews sprang up following the game, along with an awful lot of people praising the food in spite of football fury. 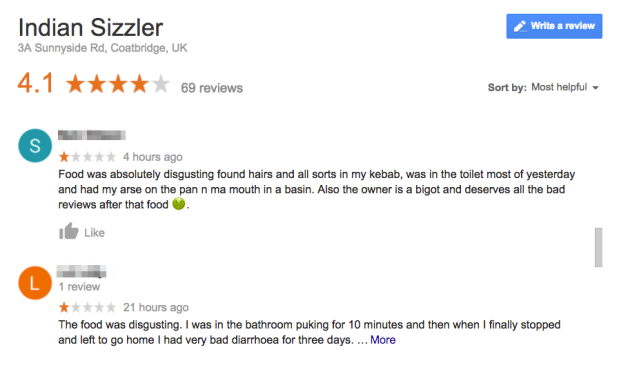 Singh posted that he wasn’t responsible for the “zombies” taunt; rather, he was hacked, he said on social media, and he’s alerted police:

This isn’t the first time that people have chosen to punish a business by writing bad reviews of places they’ve never stepped foot in. It happened to a New York restaurant called Feast in 2014. After management had the audacity to ask patrons to take off their Google Glass headwrap while they were dining, a tsunami of bad reviews came in that had nothing to do with food or service but instead focused on the fact that the restaurant was run by “luddites.”

Just as happened to Feast, so too have incensed reviewers reacted to the presumably vengeful 1-star reviews by upvoting the Indian Sizzler. It was up to 4.7 stars as of Tuesday morning.

Both these two and plenty other tit-for-tat review wars get into issues about ethics, morals, legality, common sense, and privacy. Those are good conversations to have, but at the end of the day, business owners suffer when fan boys and girls use social media as cudgels.

Your team can’t un-lose a football game with all the 1-star reviews in the world. People who can’t take a bit of post-game jeering – be it from Facebook hackers or business owners who just don’t want to see their business tank – should revisit the notion of sportsmanship.