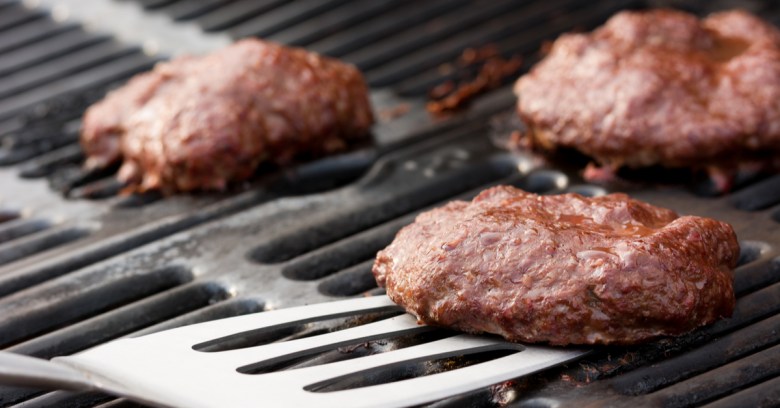 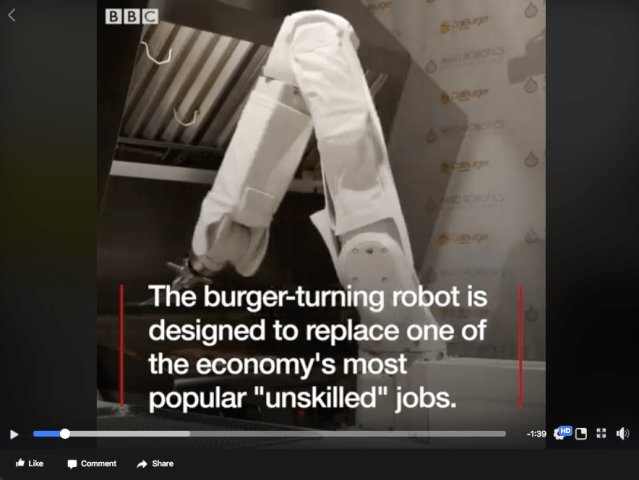 …and then, within the span of a day, presto blinko automatic-fire-o! #FlippyWasCanned.

It wasn’t that Flippy was bad at flipping. The spatula-wielding robot, which relies on image-recognition and heat-sensing technology, can flip up to 2,000 burgers a day. It’s just that it was too fast, and its human co-workers were too slow.

As of last week, the chain had plans to install Flippy units in 50 locations. The Flippy units, sold by Miso Robotics and specifically designed for CaliBurger restaurants, cost around $60,000 each and another $12,000 a year to run. The plan is for them to appear exclusively in CaliBurger restaurants for the next six months. The company is hoping that the rest of the 50 locations, including Seattle and Annapolis, Maryland, will be Flippified by year’s end. However, all has not started as expected.

The first Flippy debuted in Pasadena, California. It did great. But when USA Today stopped by last Thursday, a day after it was plugged in, the robotic arm was still on display, but it was unplugged. The kitchen was being run entirely by human staff.

It wasn’t Flippy’s fault that she got sacked. It was those slow-mo human co-workers who gummed it all up. The problems: First off, the restaurant was swamped with visitors, both those interested in chewing on a machine-made sandwich and those interested in buying a robot.

But even more germane was the problem of those slow, slow humans. Anthony Lomelino, head of technology at CaliBurger, told USA Today that Flippy has to rely on humans to work the cash register, prepare the patties for the grill, season them, lay on the cheese slices, put on lettuce and other burger embellishments, to package a burger up, hand it over to a diner, and open and close the outlets.

Looks like they’re going to have to work out the choreography, Lomelino said, and make sure they don’t get flapjacked by those swinging spatulas:

Mostly it’s the timing. When you’re in the back, working with people, you talk to each other. With Flippy, you kind of need to work around his schedule. Choreographing the movements of what you do, when and how you do it.

John Miller, CEO of Cali Group – which runs the CaliBurger chain – has told the BBC that Flippy and its robotic brethren/sistren means that the future of burger joints has fewer humans in it. (Obviously.)

That might not be so bad, Miller said: after all, burger flipping is “not a very fun job, right?” CaliBurger spends time and money training workers who then up and take off after a few weeks, he said.

Robot makers say that they’re just getting started with what robots can do. They also predict that new jobs will replace the ones that robots take away. But as the BBC points out, no one seems to know what those new jobs will be.

Perhaps Flippy has a few ideas on that. Training humans how to work with robots might be a start, for one thing. At this rate, though, they do know how to do at least one thing to maximize efficiency: humans know how to pull out a plug.

12 comments on “Flippy the burger-flipping robot too good, fired after one day”