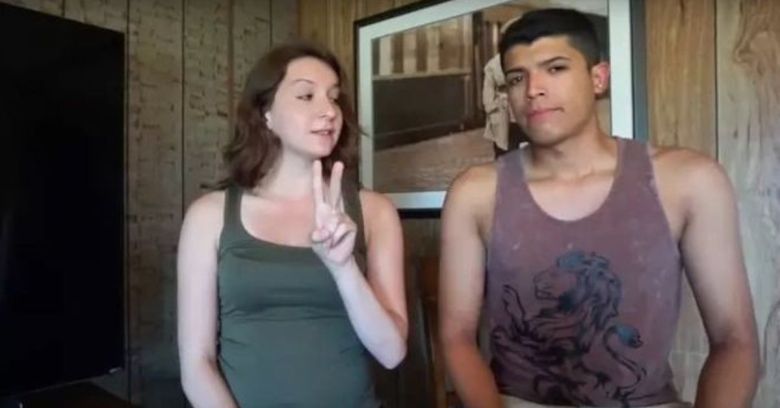 The prank, destined to be filmed for YouTube: stand one foot away from your boyfriend and, at his insistence, shoot a .50 caliber bullet through an encyclopedia he was holding in front of his chest to see if it would pass through.

The prankster who talked his girlfriend into the stunt was Pedro Ruiz III, 22. His girlfriend and the mother of his two children, Monalisa Perez, now 20, pleaded guilty in December to second-degree manslaughter in his death.

On Wednesday, Minnesota Judge Jeffrey Remick set out the terms agreed under plea bargaining: Perez will serve a 180-day jail term, alternating between 10 days in jail and 10 days out for the first six months, for a total of 90 days behind bars.

Perez is also banned for life from owning firearms and is forbidden from making money off the case.

The couple had been dating for 5 years. According to a local paper, the Star Tribune, Perez was pregnant when she shot Ruiz with a Desert Eagle handgun. Their 3-year-old daughter was nearby, watching.

Just a few hours before the fatal shooting in June, Perez took to Twitter to express her misgivings about the stunt:

The sentence could have been more severe, but Norman County Attorney James Brue said it fitted the circumstances for the 20-year-old mother. The StarTribune quoted him:

The reality [is] that this foolish stunt was dreamed up, planned, and executed by Pedro Ruiz, and the defendant wrongfully and tragically relied on his assurances that the stunt was safe.

Ruiz had reportedly tested the stunt beforehand. The hardcover encyclopedia he used to protect his chest was about 1.5″ thick. The handgun, however, was high caliber: the Desert Eagle is described by retailer Cabela’s as “one of the most powerful semiautomatic handguns in the world.”

The couple was after fame and followers for their YouTube channel, which features a number of light-hearted pranks. In one such video taken at a fair, Ruiz talks excitedly about someday reaching 300,000 followers.