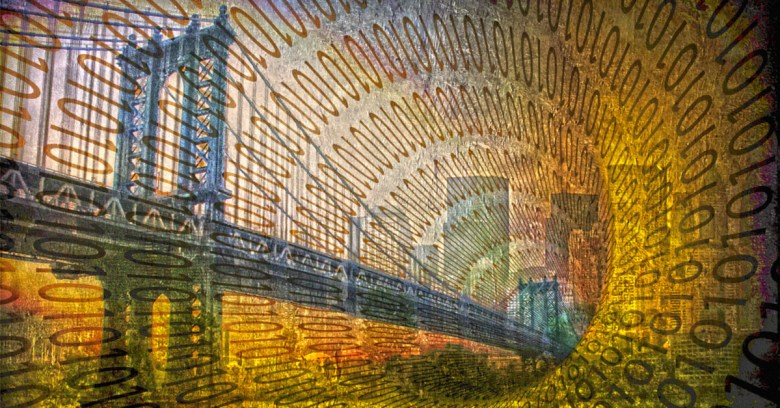 How do you track down a terrorist captured in a photo as he poses in front of a cave in the Syrian outback?

It’s not easy. If he’s smart enough to turn off geotagging, you don’t have Exchangeable Image File Format (EXIF) data as a beacon to his location.

If the cave happened to be around the corner from the town library or a Starbucks, you might be in luck. Then, you could get help from something like Google PlaNet: a deep-learning machine that was initially trained on 126 million photos with EXIF data in order to learn how to work out the location of almost any photo, just going by its pixels, no EXIF data needed.

But most caves aren’t so conveniently located. PlaNet had a lot more images to go on when dealing with photos of cities or places to which tourists flock, snip-snapping away and producing scads of information-filled imagery. The neural network had far fewer images to rely on when it came to remote places where people don’t take many photos, such as oceans or polar regions, so it’s going to be pretty useless in cave-land.

This difficulty of tracking down outdoor photos that haven’t been geotagged has led a US spy lab to launch Finder: a research program of the Intelligence Advanced Research Projects Agency (IARPA), the Office of the Director of National Intelligence’s dedicated research organization.

It’s an “extremely time-consuming and labor-intensive activity” that often meets with limited success, according to IARPA.

The goal is all-encompassing: IARPA wants Finder to find everything, as in, the ability to geolocate any video or photo taken anywhere outdoors.

When it comes to law enforcement legally searching for criminals, including terrorists, we don’t like to tell people how to hide. But it’s easy to see that if Finder gets to the outdoors-omniscient level that IARPA intends to take it, it’s going to be able to find anybody, anywhere, and that includes non-criminals/terrorists.

We’ve seen kitty cats stalked and fugitives tracked to the jungles of Guatemala via photo EXIF data. We’ve seen police act like kids in a candy store with tracking technology.

If all goes as planned, Finder, like PlaNet, at some point won’t rely on EXIF data. But that point hasn’t yet arrived, and there are issues to consider in the meantime for those who are privacy-conscious. So, for what it’s worth:

Here’s how to disappear

On most Android phones, you can just open your camera app and tap on Settings. Scroll down until you see the option for “Location tags,” and slide it off.

For iOS devices, you can turn it off for the camera app entirely by going to Settings from the home screen. From there go to Privacy and then tap Location Services. Find the Camera option, tap it and choose “Never” in the “Allow Location Access” menu.

Alternatively, you can set it to prompt you on a case-by-case basis. From the Settings menu go to General, tap Reset. On the Reset screen choose Reset Location & Privacy. At this point you may be asked to input your passcode in order to make the changes, which will reset Location & Privacy settings for all apps.

From now on all apps, including the camera, wanting to use your location information will prompt you to ‘Allow Access’.

That’s all well and good for future photos, but once you realize how many of your photos are out there, bearing EXIF data that contains times, dates and locations of, say, your kids in the playground, you might want to start scrubbing your old photos clean. Here’s a guide on that from How-To Geek.