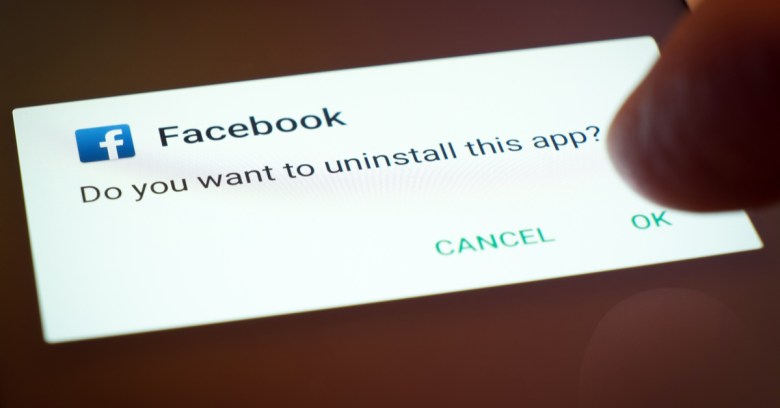 It’s been less than two weeks since the dramatic news emerged that Facebook had allowed a company called Cambridge Analytica to commercially data mine the profiles of 50 million Facebook users.

As the days progressed, talk of deleting Facebook accounts grew. (You can see how to do this here.)

One who took that route was a user from Houston, Texas called Mat Johnson, who later tweeted an unexpected discovery about his archive:

Oh wow my deleted Facebook Zip file contains info on every single phone cellphone call and text I made for about a year- cool totally not creepy.

First, the invisible tracking of internet visitors, then dubious data mining, and now phone calls and texts being collected, something (judging by the Twitter reaction), not many Facebook users realised the company would have any reason to do.

Just another behaviour that fits a suspicious pattern.

Facebook responded to point out that logging call and text data is something people “expressly agree to” for their own convenience when they download the Facebook app on Android:

Call and text history logging is part of an opt-in feature for people using Messenger or Facebook Lite on Android. 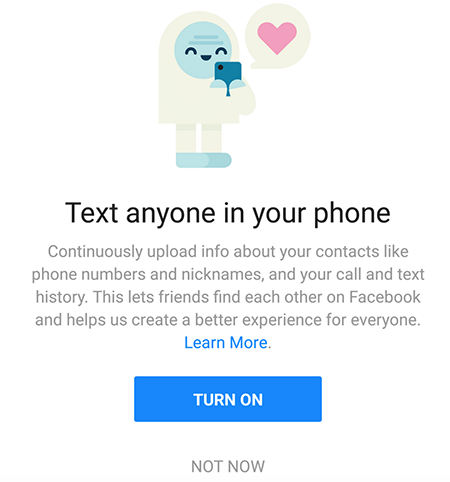 Users can opt out but doing so would reduce the ability of Facebook Messenger or Facebook Lite on Android to connect to friends using the app or recommend new ones on the service, the company said.

Facebook users on Android could turn this setting off with the result that shared call and text history would be deleted. Furthermore:

We never sell this data, and this feature does not collect the content of your text messages or calls.

In defence of Facebook this seems reasonable, although it’s interesting that Apple’s iOS doesn’t allow access to this kind of data on an ongoing basis.

Perhaps Facebook has simply become tangled in a development sequence of its own making, with it being suggested that giving the app permission to read contacts before Android 4.1 (i.e. before mid-2012) would have allowed logging to continue since then without anyone realising that.

With people getting more and more worried about what happens to their personal data on Facebook, it’s clear that many have started objecting to permissions that they once barely thought twice about granting.

Of course, Facebook is not the only company whose business model involves watching what its users do, where they go, what they buy and who they know. Many other companies do it, as do a growing number of governments, ostensibly on our behalf.

To borrow the over-used fable, when you boil a frog you don’t tell it you plan to raise the water temperature. And yet there is fundamentally nothing stopping the frog from jumping out before it’s too late.

Anyone who wants to adjust their Facebook settings, or even leave the service, will want to read our guide.