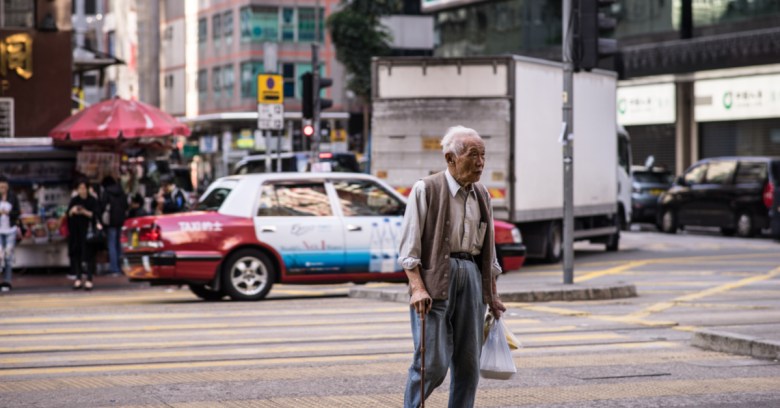 Facial recognition: so many uses!

Because yes of course Chinese police got facial recognition glasses to find suspects in the massive human migration that is China’s annual Lunar New Year, Microsoft built a pet door that can unlock for Fluffy but not for whatever’s built a nest under the compost pile, London police’s system couldn’t even tell the difference between a young woman and a balding man at the recent Notting Hill Carnival, and Hey! Get lost, you! We already gave you 60cm of toilet paper!

Here’s a new application: automatically ticketing the scourge of society known as jaywalkers.

The New York Post reports that surveillance-happy China is on the path to being all the happier, given that jaywalkers are going to be publicly named, shamed and slapped with an instant fine sent via text.

The South China Morning Post reported on Tuesday that traffic police in the southern Chinese city of Shenzhen – they already enjoy a reputation for strict enforcement of road rules in the city of 12 million – are going to identify jaywalkers with the help of artificial intelligence (AI) and facial recognition technology.

There will be nothing subtle about this. There will be large LED screens placed at intersections to display the faces of jaywalkers. South China Morning Post says that an AI firm based in Shenzhen, Intellifusion, that already provides technology to the city’s police is now in talks with local mobile phone carriers and social media platforms such as WeChat and Sina Weibo to develop the instantaneous texted-fine system.

Some cities, including Beijing and Shanghai, have already used AI and facial recognition to regulate traffic and identify drivers who violate road rules. Shenzhen traffic police launched the jaywalker campaign when it began displaying their photos on the large LED screens at major intersections starting last April.

You may well ask what kind of database the city has, to be able to identify all jaywalkers in that huge city, including displaying their family names and part of their government identification numbers on the LED screens.

According to NextShark, the system works with a camera that’s triggered whenever somebody enters the crosswalk during a red light. Shenzhen Traffic Police Technology Department Chief officer Li Qiang told the publication that the camera captures a photo of the jaywalker’s face, then automatically sends it to the LED screen and to a police database for identification.

Wang Jun, Intellifusion’s director of marketing solutions, told South China Morning Post that the system will register how many times a repeat offender has violated traffic rules. After a point, Wang said, the offender’s social credit score will take a hit, which in turn may limit their ability to take out loans from banks.

So back to that database: South China Morning Post says that most people in Shenzhen, which has “one of the most transient populations in China,” aren’t in it. In fact, authorities can only identify 10 percent of offenders with their new AI facial recognition.

No problem, Wang said: that number will skyrocket after government departments merge their databases, which is set to happen soon.

It sounds, in other words, as if China is following the path that so many other law enforcement agencies in other countries have taken: they’ll smush databases together into monoliths mostly full of innocent people’s likenesses, prone to massive false identification rates.

Take the FBI, for example: during a US House oversight committee hearing on the FBI’s use of facial recognition, it emerged that 80% of the people in the FBI’s massive database don’t have any sort of arrest record. Yet the system’s recognition algorithm inaccurately identifies them during criminal searches 15% of the time.

It’s not just the FBI that experiences these issues with the technology: in the UK, the Home Office’s database of 19m mugshots contains hundreds of thousands of facial images that belong to individuals who’ve never been charged with, let alone convicted of, an offense.

But hey. Surveillance cams. Catching jaywalkers in the act. Tracking all citizens. What police department can resist, particularly in China?

According to the BBC, with 170 million CCTV cameras already up, and another 400 million new ones set to be installed in the coming three years, China’s building what it calls “the world’s biggest camera surveillance network”.

Who will stand up for privacy and inaccurately identified, innocent people?

8 comments on “Jaywalkers to be named, shamed and fined thanks to facial recognition”