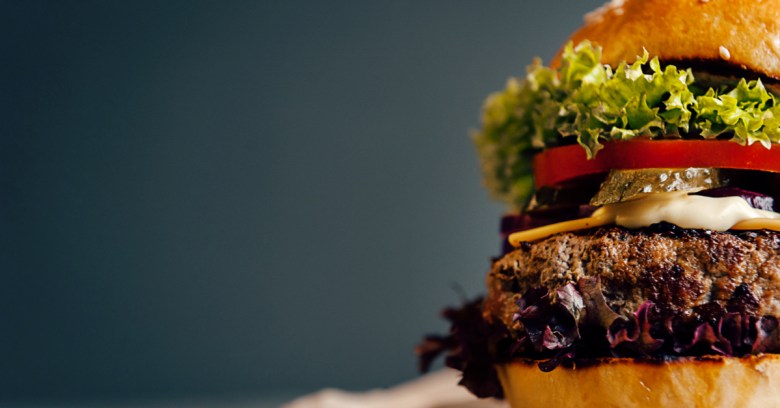 California burger chain In-N-Out Burger is not amused by YouTube prankster Cody Roeder, whose antics have included pretending to be the company’s CEO and telling a customer that their meal was “contaminated” and “garbage.”

Roeder films pranks for his YouTube channel, Troll Munchies. You can see his prior pranks on that channel – the picking up girls/embarrassing Mom prank, “hilarious fart vape pen” and the like – but the In-N-Out videos posted two weeks ago have since been made private, according to the BBC.

That’s likely because it’s gotten Roeder in a bit of a legal pickle. In-N-Out last week sought a restraining order against the prankster and his film crew. It also filed a lawsuit that claims that Roeder’s two recent pranks caused “significant and irreparable” harm to the chain. The suit seeks damages of more than $25,000.

CBS Los Angeles, which featured some footage taken of Roeder’s pranks in its own news coverage, says that early last month, Roeder put on a dark suit, walked into an In-N-Out in Van Nuys, and claimed to be their CEO.

Some of the employees believed him, but the manager wasn’t convinced. She asked him to step away from behind the counter, as Roeder told employees he wanted a cheeseburger and fries for a taste test. He left after employees called police.

Roeder wasn’t done with the prank, though. The next day, he went to a Burbank In-N-Out, again claimed to be the new CEO, and this time demanded to talk to the manager about “contamination” of the food, saying:

All of this is unsanitary, most of this is dog meat. Sir, sir, I hate to say this… but your food is contaminated. This is just, it’s garbage.

He then told a customer that he needed to take his food. Then, he dropped the customer’s burger on the floor, said “It’s garbage,” and stepped on it.

Employees again told him to leave.

In-N-Out said in a statement that it won’t put up with people using the chain’s restaurants, employees and customers in their lust for social media fame:

These visitors have unfortunately used deceit, fraud, and trespass to their own advantage, and in each instance, they have attempted to humiliate, offend or otherwise make our customers or associates uncomfortable. We believe that we must act now and we will continue to take action in the future to protect our customers and associates from these disruptions.

This isn’t the first time that self-styled pranksters have gotten into serious trouble.

YouTube is already making moves to regulate controversial videos. Last month, the site revealed that it’s planning to slap excerpts from Wikipedia and other websites onto pages containing videos about hoaxes and conspiracy theories, for one thing.

But prank videos? They’re click-gold, and that’s apparently helping to keep them from being regulated.

As Amelia Tait has described it for New Statesman, and as the YouTube channel Nerd City has made painfully clear, the enormously popular and insanely dangerous pranking culture shrugs off critics with catchphrases such as “it was a social experiment,” “block the haters,” and “It’s just a prank, bro.”

Both the quest for fame and the profit to be made off ads on these prankster videos are causing an arms race to the bottom as shock-jocks try ever harder, more dangerous, more violent and more illegal stunts.

These aren’t just pranks. These are videos in which people get hurt, or worse. Children get punched, tampons get coated in hot pepper, and their makers use the hashtag “funny”.

In-N-Out Burger, we’re with you. We aren’t laughing either.