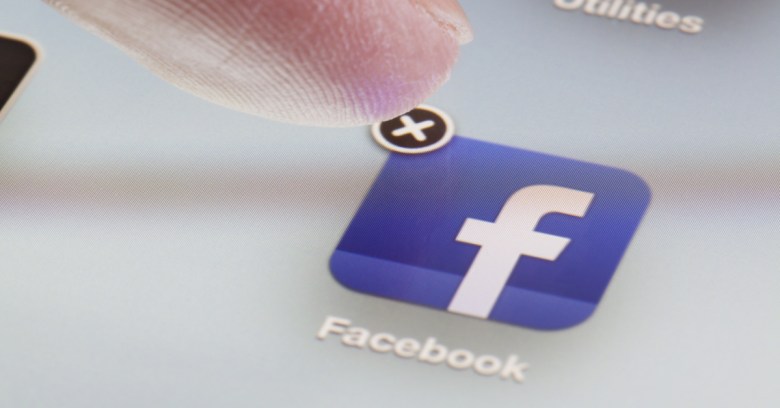 Hang onto your hats for this data-retention non-shocker: Facebook’s retained user data it shouldn’t have.

In this most recent case, the content in question is users’ supposedly deleted videos. Facebook’s blaming a bug for the fact that those videos hung around…

…which users found out when many of them downloaded their Facebook data archive (an advisable step to take on the road to nuking your account) in the wake of the Cambridge Analytica (CA) data-strophe.)

The ZIP file Facebook pulls together contains all the data it has on you: your status updates, your friend list, your messages, plus what New York Magazine’s Madison Malone Kircher last week reported to be “every video you ever filmed on the platform – including videos you never published.”

Kircher and the many other Facebook users around the world who discovered the undead videos aren’t the only ones to have come across surprising things in their data archives.

Also last week, many were shocked to discover, when they peeked into their archives, that Facebook had been logging call and text data since they downloaded the Facebook app for Android.

(They shouldn’t have surprised, given that it was done with their permission. But it’s one thing to tick off “Yes do that” and quite another to suddenly come face to face with logs of your every call and your every text.)

Kircher said that last week that her sister Bailey downloaded her archive. Bailey found what you’d expect: contact lists, relationship statuses. What she didn’t expect: multiple videos of herself, playing a scale on her wooden flute, taken as she tried to get a good version to post on a friend’s page.

She filmed quite a few videos, apparently. Here’s one clip New York Magazine posted to YouTube. In it, Bailey, perhaps exaggerating but most definitely exasperated as she sighed and reached for the stop recording button, said it was “Take 13.”

It wasn’t just Bailey: Kircher found clips that looked like they’d never been posted but which Facebook saved anyway. She says the difference is obvious, given the lack of comments on draft videos.

One of her co-workers found over 100 videos in her archive, only a third of which she says she ever publicly posted. Others? They include videos “of me just checking my teeth,” said Kircher’s colleague, Brittany Stephanis. Bailey found videos that she had taken with Facebook’s desktop camera, of musical rehearsals and cheerleading, which she reviewed and then, as far as she knew, erased.

Facebook looked into the issue following NY Mag’s report. On Monday, the publication printed a follow-up with a statement from Facebook saying that it eventually found a bug that kept the draft videos from being deleted. It’s in the process of deleting them now:

We investigated a report that some people were seeing their old draft videos when they accessed their information from our Download Your Information tool. We discovered a bug that prevented draft videos from being deleted. We are deleting them and apologize for the inconvenience. We appreciate New York Magazine for bringing the issue to our attention.

Wait. Is Facebook really deleting the videos this time around, or is it “deleting” the videos, only to have them rise from the grave somewhere down the line?

Kircher asked. She was still waiting for a reply as of Monday:

[NY Mag] has asked Facebook if there is any way for users to confirm that the platform has actually deleted their old videos and will update this post if we hear back.

According to the Daily Dot, Facebook swears that none of the videos were ever shared with the public. OK. But were the videos used for other purposes? Say, targeted advertising or other marketing?