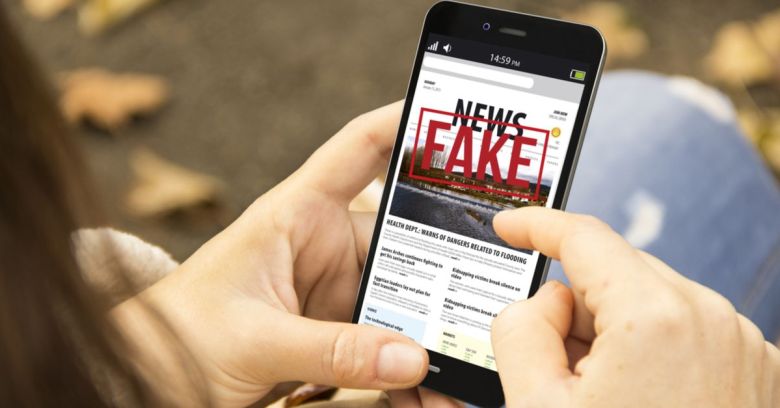 Who are these yo-yos who share fake news on social media?

None of your friends, right? Your friends are too smart to fall for cockamamie click bait, and they’re diligent enough to check a source before they share, right?

Well, get ready to have the curtain drawn back. These yo-yos may be us. Or, at least, they may turn out to be our friends and/or relatives.

In its ongoing fight against fakery, Facebook has started putting some context around the sources of news stories. That includes all news stories: both the sources with good reputations, the junk factories, and the junk-churning bot-armies making money from it.

On Wednesday, Facebook announced that it’s adding features to the context it started putting around News Feed publishers and articles last year.

You might recall that in March 2017, Facebook started slapping “disputed” flags on what its panel of fact-checkers deemed fishy news.

In Facebook’s new spin on “putting context” around news and its sources, it’s not relying on fact-checkers. Rather, it’s leaving it up to readers to decide for themselves what to read, what to trust and what to share. At any rate, when it mothballed the “disputed” flags, Facebook noted that those fact-checkers can be sparse in some countries.

So this time around, Facebook said, the context is going to include the publisher’s Wikipedia entry, related articles on the same topic, information about how many times the article has been shared on Facebook, where it’s been shared, and an option to follow the publisher’s page. If a publisher doesn’t have a Wikipedia entry, Facebook will indicate that the information is unavailable, “which can also be helpful context,” it said.

Facebook is rolling out the feature to all users in the US. If the feature has been turned on for you, you’ll see a little “i” next to the title of a news story. It looks like this: 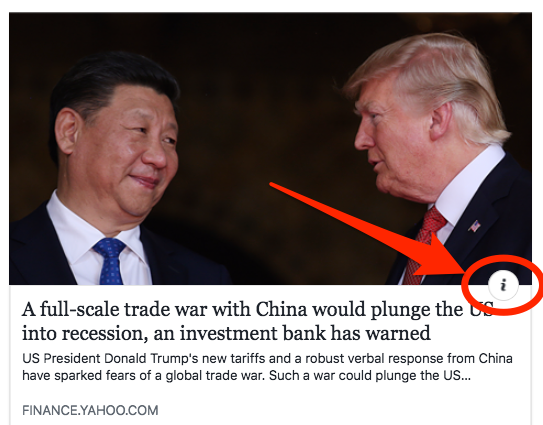 Once you click on that i, you’ll get a popup that shows the Wikipedia entry for the publisher (if available), other articles from the publisher, an option to follow the publisher, a map of where in the world the story has been shared, and, at the bottom, a list of who among your friends has shared it, along with the total number of shares. 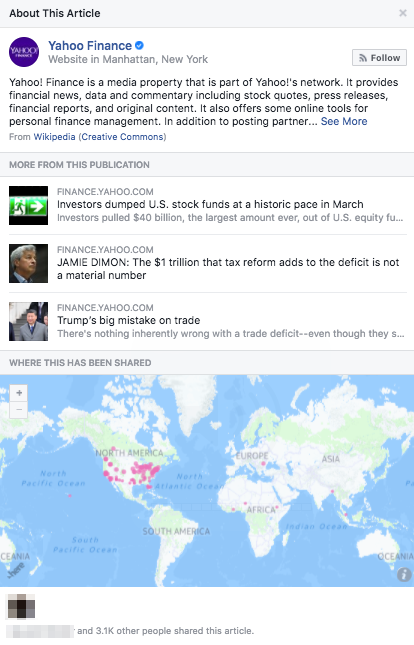 Facebook says it’s also starting a test to see if providing information about an article’s author will help people to evaluate the credibility of the article. It says that people in this test will be able to tap an author’s name in Instant Articles to see additional information, including a description from the author’s Wikipedia entry, a button to follow their Page or Profile, and other recent articles they’ve published.

7 comments on “Facebook’s new fake news strategy is… decide for yourself!”