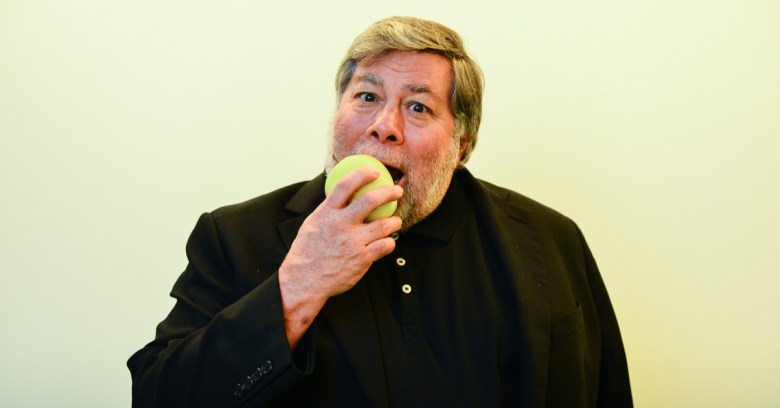 As his 5,000 Facebook friends are about to find out, Apple co-founder Steve Wozniak has well and truly left the building.

When it comes to Facebook, most celebrities tip-toe out the back door without saying much. But Wozniak is not most celebrities, and sent an email explaining the recent decision to deactivate his account to USA Today.

Given the recent fuss about Facebook’s privacy behaviour, most of it is not hard to second guess:

Users provide every detail of their life to Facebook and… Facebook makes a lot of advertising money off this. The profits are all based on the user’s info, but the users get none of the profits back.

Which had become a thinly-gilded cage:

I was surprised to see how many categories for ads and how many advertisers I had to get rid of, one at a time. I did not feel that this is what people want done to them. Ads and spam are bad things these days and there are no controls over them. Or transparency.

This compared unfavourably with another big tech company close to Wozniak’s heart:

Apple makes its money off of good products, not off of you. As they say, with Facebook, you are the product.

This echoes criticism of Facebook by Apple’s CEO Tim Cook who told reporters a few days ago that his company could do what Facebook does it if wanted to. However:

We’ve elected not to do that… We’re not going to traffic in your personal life. Privacy to us is a human right, a civil liberty.

It’s not clear how many Facebook users have left since the Cambridge Analytica scandal became public on 16 March, although #deletefacebook gained considerable traction, trending on Twitter in the following days.

Ironically, the first tech figure to endorse #deletefacebook was WhatsApp co-founder Brian Acton, who recently quit the company he sold to Facebook in 2014.

That high-profile desertion was noticed by Tesla and SpaceX’s CEO Elon Musk who offered this dead-pan response:

When it was quickly pointed out to Musk that both of his companies had Facebook pages, he had them deactivated.

Wozniak, meanwhile, told USA Today that he wouldn’t miss his 5,000 Facebook friends because he didn’t think he knew many of them to start with.

And there was one final anti-climactic twist – he would only deactivate his account, not fully delete it.

The reason he gave was that removing himself from Facebook forever would have meant giving up his “stevewoz” screen name, which someone else would have been free to use.

So Facebook still has Wozniak’s data, just as it still has yours if you’ve only deactivated your account (or if you’re still an active member).

If you want to fully delete your own Facebook account, or just want to swot up on app settings, read our article on how to protect your Facebook data.