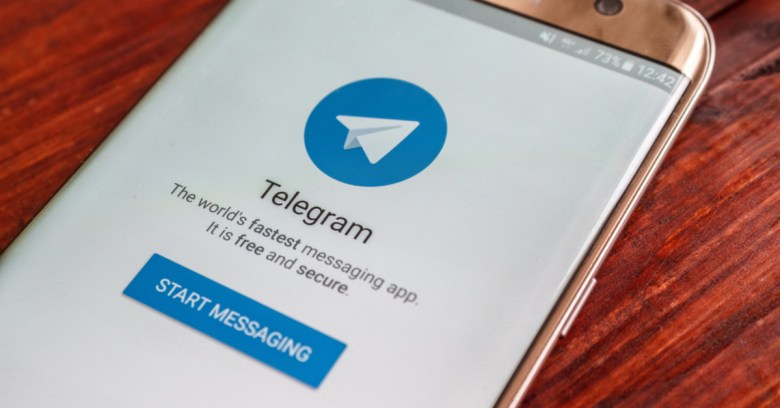 Following the April 2017 suicide bombing on the St. Petersburg metro that killed 16 people, Russia threatened to block Telegram: the encrypted messaging app used to carry out the attack.

The FSB, the successor to the KGB, said in June that the app gave terrorists “the opportunity to create secret chat rooms with a high degree of encryption.”

At the time, Telegram’s founder, Pavel Durov, had resisted handing over the information the government had requested in order to put the app on its official list of information distributors. Durov said at the time that Russian authorities had also asked for the ability to decrypt user messages.

Durov’s argument: What would that achieve, besides prompting Telegram users to move to another app?

If you want to defeat terrorism by blocking stuff, you’ll have to block the internet.

Now, Russia’s made good on its threats. On Friday, the New York Times reported that Roskomnadzor – the Russian communications and technology watchdog – asked the court for the authority to block the app, effective immediately.

It took the court only 18 minutes to approve the request.

Also on Friday, Durov continued to defy the Russian government’s demands for an encryption key. In an online statement, he said that Telegram can’t be bullied by a ban. “Privacy is not for sale,” he wrote.

The power that local governments have over IT corporations is based on money. At any given moment, a government can crash their stocks by threatening to block revenue streams from its markets and thus force these companies to do strange things (remember how last year Apple moved iCloud servers to China).

At Telegram, we have the luxury of not caring about revenue streams or ad sales. Privacy is not for sale, and human rights should not be compromised out of fear or greed.

Durov admitted as far back as 2015 that the company was aware of terrorists using Telegram. TechCrunch quoted his remarks from TechCrunch Disrupt San Francisco:

Yes, there is a war going on in the Middle East. It’s a series of tragic events but ultimately the ISIS will always find a way to communicate within themselves. And if any means of communication turns out to be not secure for them, then they switch to another one. So I don’t think we’re actually taking part in these activities. I don’t think we should feel guilty about this. I still think we’re doing the right thing – protecting our users’ privacy.

Telegram says the app has 200 million users and is widely used by lawyers, reporters, government officials, and others.

Durov is himself a Russian. He fled the country in 2014 after losing control of the Russian version of Facebook – the social network Vkontakte – which he also created.

The New York Times reports that this ban “puts the Kremlin in a slightly awkward position,” given that Telegram is “widely used by government agencies,” including by staffers in President Vladimir Putin’s press office.

The block began to take effect on Monday. According to Reuters, Telegram was still functioning as normal as of mid-afternoon, but the company’s website had been blocked by two of Russia’s biggest service providers, MTS and Megafon.

Radio Free Europe Radio Liberty reports that Durov condemned the ban, posting that “the quality of life of 15 million Russians will worsen” as a result. With a clenched-fist emoji, he also wrote:

We consider the decision to block [Telegram] unconstitutional and will continue to stand up for the right of Russians to confidential correspondence.

In Moscow, Telegram supporters threw paper airplanes at the headquarters of the FSB on Lubyanka Square. Twelve protesters were reportedly detained.

In central #Moscow, #Russia, paper airplanes left outside the #FSB building in Lubyanka in #protest against blocking of @Telegram messenger. pic.twitter.com/eQPybKbUYQ

4 comments on ““Privacy is not for sale,” says Telegram founder”