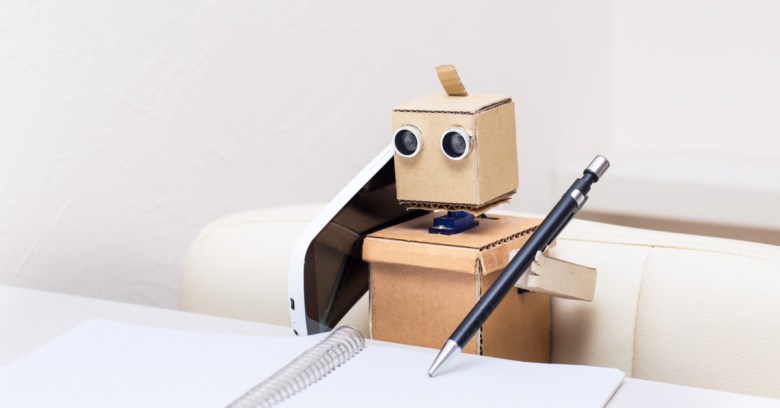 How easy is it to download automated phone-calling technology, spoof numbers to make it look like calls are coming from a local neighbor, and robo-drag millions of hapless consumers away from what should be their robot-free dinners?

The question, from Senator Edward J. Markey, was directed at Adrian Abramovich: a Florida man the senator referred to as the “robocall kingpin.” On Wednesday, Abramovich was on the hot seat on Capitol Hill, having been subpoenaed to testify before the Senate Commerce, Science & Transportation Committee as it examined the problem of abusive robocalls.

The answer: just a click, Abramovich said. The technology is easy to use and can be set up by “anyone” from a home office.

All you have to do is run an online search for Voice-over-IP (VoIP) providers, short-duration calls, and you’ll probably come up with 5, 6, or 7 providers, “most of which are US-based,” he said.

Markey then asked, “And how many people would I have to employ to place, say, 10,000 robocalls a day?”

The Florida man is fighting a $120 million fine proposed last year by the Federal Communications Commission (FCC) for the nearly 97 million robocalls his marketing companies – Marketing Strategies Leaders Inc. and Marketing Leaders Inc. – made between October and December 2016.

That’s over one million calls a day, FCC Chairman Ajit Pai said in a statement that accompanied the proposed fine last year. The fine would be the first enforcement action against a large-scale spoofing operation under the Truth in Caller ID Act.

Abramovich is accused of tricking consumers with the robocalls. Consumers have reported receiving calls from what looked like local numbers, talking about “exclusive” vacation deals from well-known travel companies such as Marriott, Expedia, Hilton and TripAdvisor. Once you pressed “1” as prompted, you’d get transferred to a call center, where live operators gave targets the hard sell on what Pai called “low-quality vacation packages that have no relation” to the reputable companies initially referenced.

Pai said in his statement last year that many consumers spent from a few hundred up to a few thousand dollars on these purportedly “exclusive” vacation packages.

Pai said there are a few things that are truly nasty about the robocalling scheme: first, Abramovich apparently preyed on the elderly, finding it “profitable to send to these live operators the most vulnerable Americans – typically the elderly – to be bilked out of their hard-earned money”.

Secondly, these millions of calls drowned out operations of an emergency medical paging provider, Pai said:

Abramovich may well have showed up for the hearing – under the duress of a subpoena – but he stuck to general answers, refusing to answer questions about his particular case. He said he was no kingpin and that his robocalling activities were “significantly overstated,” given that only 2% of consumers had meaningful interaction with the calls.

Senator John Thune pointed out that 2% works out to 8 million people.

Thune: Does that sound like a small effect?
Abramovich: I am not prepared to discuss my specific case.

Robocalls increased from 831 million in September 2015 to 3.2 billion in March 2018 – a 285% increase in less than three years, according to testimony from Margot Freeman Saunders, senior counsel at the National Consumer Law Center.

Abramovich told the senators that he himself receives “four of five robocalls a day.” Since the FCC headlines, that’s ramped up, he said.

Senator Markey: And you don’t like it?
Abramovich: I decline the call.

Thune said that the committee would consider holding Abramovich in contempt of Congress for claiming a Fifth Amendment privilege throughout the hearing after speaking about his specific case during opening remarks.