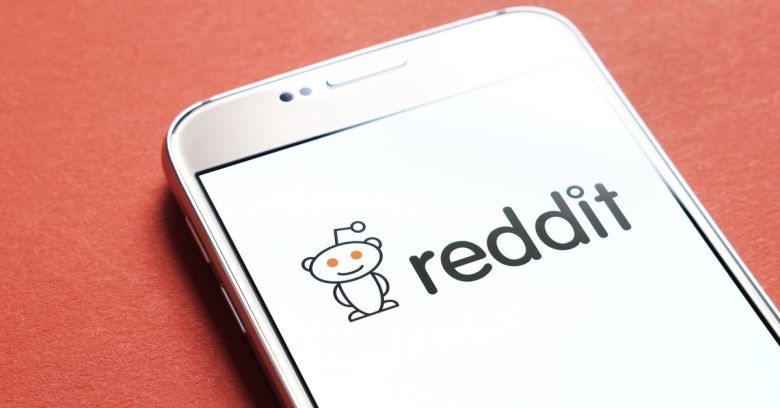 Well, this was late in coming: a former Reddit mogul has joined the internet’s walk of shame.

Dan McComas, the former senior vice-president for product of Reddit and the founder and CEO of Imzy, a community-focused platform, is not feeling very good about his tenure at the platform where people go to share their fondness for everything from “Things that make you go AWW!” and “made me smile” to Nazism and “hurting animals” …among so many other fondnesses, in both the witty flow and the feculent spillage of subreddits on so, so many subjects.

New York Magazine recently interviewed McComas for a project called “The Internet Apologizes.” That project has involved interviews with more than a dozen prominent technology figures about “what has gone wrong with the contemporary internet.”

Wrong, as in, this ain’t exactly the “networked utopia” envisioned by Silicon Valley’s starry-eyed founders. Rather, as NY Mag puts it, we’ve got an advertising-dollar-craving, eyeballs-frantic beast, “a globalized strip-mall casino overrun by pop-up ads and cyberbullies and Vladimir Putin.”

A drive has pushed aside nearly all concern for what actually happens within Reddit’s many communities:

From the inside, I can tell you that the board is never asking about revenue. They honestly don’t care, and they said as much. They’re only asking about growth. They believe that if they have a billion unique visitors a month, that they have a property that is going to be worth a ton of money in some way eventually. They really do look at it in that abstract way.

Anybody who’s followed Reddit’s growth will know that its rationale for permitting stomach-churning content – content that’s often veered into encouraging violence – is based on its policies about free speech.

Similarly, former CEO Yishan Wong has said that “distasteful” subreddits won’t be banned because Reddit as a platform should serve the ideals of free speech. The BBC quoted Wong in 2012:

If someday, in the far future, we do become a universal platform for human discourse, it would not do if in our youth, we decided to censor things simply because they were distasteful.

In internet years, we’ve arguably reached Wong’s “far future.” In the 5.5 years since he said those words, Reddit has angered some users with what they perceive as its hypocritical betrayal of its commitment to free expression – particularly with perceived censorship in the GamerGate controversy.

McComas says that behind the scenes, Reddit has refrained from banning subreddits not so much because of its commitment to free expression, but because they don’t want to freak out “volatile” users – a leeriness melted by headlines blowing up:

There are a bunch of animal-cruelty subreddits, specifically with a sexual nature, that they would always refuse to ban. The arguments were usually, ‘We don’t want to touch this because these are our most volatile users and they’ll just make things a nightmare,’ and then, ultimately, these things will bubble up, make it into the press, and then we would make a decision to change things. We would deal with the immediate impact, which was painful, would last a week or two, and then it would go away.

McComas worked at Reddit until 2015. He says that “for the most part,” Reddit is still following this pattern.

McComas says that he was privy to the discussions that made Reddit what it is today, but he was in no position to affect any of the decisions that went into that evolution.

I fundamentally believe that my time at Reddit made the world a worse place. And that sucks, and it sucks to have to say that about myself.

With that, we can put McComas into the category of the remorseful when it comes to those who’ve been instrumental in forming today’s internet. It’s getting to be quite a lengthy parade.

Facebook CEO Mark Zuckerberg, while testifying for Congress, recently listed everything his company has screwed up, from fake news, foreign meddling in the 2016 US presidential election, hate speech and data privacy.

Facebook has admitted that social media can be bad for you, Zuckerberg has said that his platform needs fixing, Apple’s Tim Cook is keeping his nephew off social media, and in February, a group of “what kind of mind-gobbling social media monster have we created?” repentants came together to form the nonprofit Center for Humane Technology (CHT). It launched a campaign to protect young minds from what they said is “the potential of digital manipulation and addiction.”

McComas says that all these platforms, whose problems are causing soul-searching in the hearts of all these Silicon Valley billionaires, are in the same boat.

I think that the biggest problem that Reddit had and continues to have, and that all of the platforms, Facebook and Twitter, and Discord, now continue to have is that they’re not making decisions, is that there is absolutely no active thought going into their problems – problems that are going to exist in coming months or years – and what they can do to combat them.

Perhaps surprisingly, McComas suggests that Facebook is doing a better job of prioritizing user safety, and putting processes in place for managing content, than its peers. Twitter, however, is a mess, he says:

I think, ultimately, the problem that Reddit has is the same as Twitter and Discord. By focusing on growth and growth only and ignoring the problems, they amassed a large set of cultural norms on their platforms. Their cultural norms are different for every community, but they tend to stem from harassment or abuse or bad behavior, and they have worked themselves into a position where they’re completely defensive and they can just never catch up on the problem.

In fact, McComas doesn’t see how Twitter, or Reddit, can fix themselves. The best they can do, he said, is to “figure out how to hide this behavior from an average user.” The problems are just too ingrained, he said, both on the site, in its communities, in its users, and the public’s expectations.

There’s no hope for existing platforms, to McComas’s mind. As far as new platforms go, they could create better infrastructure and platforms for the public at large, but that’s not going to happen until venture capitalists rethink how companies should look as they start up and grow.

Startups have to think about the monetization, he said, as in, how can it work with users, instead of against them? They’ll need to have a product team, or community, or service team, in place that focuses on users from day one. And it’s not something that can be created in the typical 12- to 18-month horizon, McComas said. Creating a platform like Reddit, or Twitter, takes a ton of engineering, human power, marketing, PR, money and time.

It’s really hard to get a network effect going. It would take years. It’s just a really hard process that somebody needs to be in for that ride… I tried, and it just totally didn’t work… I would love to take a crack at it, but it’s ****ing hard to put these resources together.

If he could sit down with startup people right now, this is what he’d tell them, McComas said:

These things can be foreseen. Don’t be idiots about it. You’re people, you see what’s going on, you see trends that are forming, just ****ing do something. It’s not that hard. That’s my advice to founders of start-ups, just be mindful of it. Or put somebody in charge of being mindful of it.