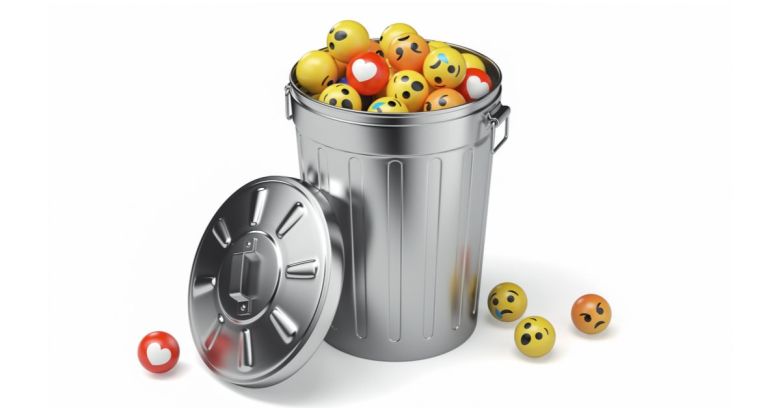 In these days of post-Cambridge Analytica/Cubeyou privacy-stress disorder, privacy advocates, members of Congress and users have been telling Facebook that we want more than the ability to see what data it has on us.

We want a button to nuke it all to kingdom come.

Well, get ready: it’s in the works, due out in a few months. Mind you, analytics will still be foisted upon us, and Facebook will still share those analytics with apps and websites. The difference, the company says, is that it will strip our identifying information from the data.

On Tuesday, Facebook VP and Chief Privacy Officer Erin Egan offered an example of aggregated analytics that the platform’s still going to share with apps and websites, even after the Clear History button debuts in a few months:

We can build reports when we’re sent this information so we can tell developers if their apps are more popular with men or women in a certain age group.

Also on Tuesday, CEO Mark Zuckerberg gave some details about the Clear History button during F8, the company’s annual developer conference. For one thing, he warned, your Facebook experience is going to suffer:

To be clear, when you clear your cookies in your browser, it can make parts of your experience worse. You may have to sign back in to every website, and you may have to reconfigure things. The same will be true here. Your Facebook won’t be as good while it relearns your preferences.

Zuckerberg said that after going through Facebook systems, and having gone through the wringer with Congress for a few days of testimony, “this is an example of the kind of control we think you should have.”

It’s something privacy advocates have been asking for – and we will work with them to make sure we get it right.

One thing I learned from my experience testifying in Congress is that I didn’t have clear enough answers to some of the questions about data. We’re working to make sure these controls are clear, and we will have more to come soon.

So, what about people who get tracked even when they’re not logged into – or even members of – Facebook?

Motherboard asked. A Facebook spokesperson pointed the publication to a “Hard Questions” post about the data the platform collects when we’re not using Facebook. The post defines Facebook analytics simply as helping websites and apps “better understand how people use their services.”

Gabe Weinberg, CEO and founder of the search engine DuckDuckGo – an engine that’s been blocking trackers since January – has cited figures that Facebook’s trackers are on 24% of the top million pages. A recent study from Ghostery, a private-browsing and -search technology maker, put it in the same ballpark, finding that 15% of all page loads are monitored by 10 or more trackers, and 27.1% of them are Facebook’s – second only to Google for tracking.

Egan explained that Clear History will enable people to see the websites and apps that use features such as the Like button or Facebook Analytics in order to share data about us with Facebook and to tailor their content and ads. Clear History will bring the ability to delete the information from our accounts and to turn off Facebook’s ability to store data associated with our accounts. Egan:

If you clear your history or use the new setting, we’ll remove identifying information so a history of the websites and apps you’ve used won’t be associated with your account.

As far as sharing aggregated analytics goes, Egan said that Facebook can do it without storing user information in a way that’s associated with individuals’ accounts. And, as always, she said, “we don’t tell advertisers who you are.”

Facebook will be building the feature with input from privacy advocates, academics, policymakers and regulators, including regarding how the platform plans to remove identifying information and “the rare cases” where it needs information for security purposes. Egan said that the company has already launched a series of roundtables in cities around the world.

Or hey, how about the hate-speech button’s cousin: the ill-fated fake-news flag? That went over about as well as a lead balloon. It was akin to waving a “bright red flag” in front of the faces of people with entrenched views, Facebook said: the button backfired and prompted such people to visit the disputed content more and to share it far and wide.

Facebook mothballed it in December after determining that the button didn’t do squat to stop the spread of fake news.

Better luck this time! We may all want this button yesterday, but if it takes a few months to get it right, so be it. While you’re waiting, take a look at our guide to protecting your data on Facebook.

5 comments on “Facebook’s getting a clear history button”