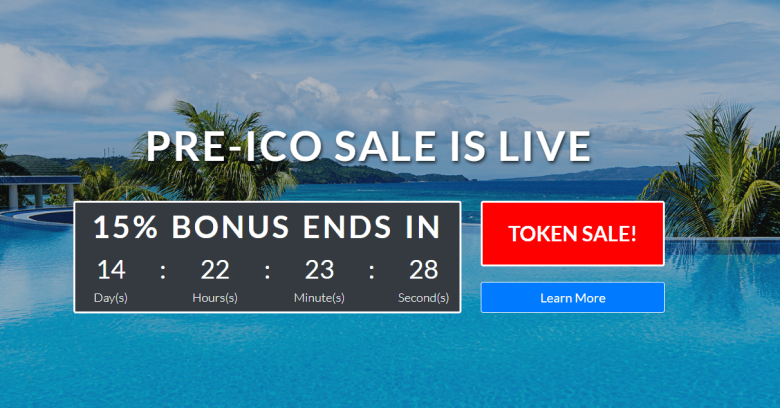 HoweyCoins: What an incredible opportunity to get into cryptocurrency! No risk, an a-MAZ-ing average registered coin return of 72% over a two-month period in 2017, and some very impressive celebrity endorsements.

If @boxingchamp1934, @realdrummerstar, and @mcwhortle are endorsing it, “you know it’s serious business,” as Crypto Economist put it. #nextbigthing, for sure!

…Or then again, #nextbrilliantSECparody of come-ons for what many call sh*tcoins. If “HoweyCoins” sounds too good to be true, that’s because it is. It’s pure fertilizer.

The US Security and Exchange Commission (SEC) is behind the spoof site. On Wednesday, it said that HoweyCoins are an opportunity you won’t want to miss: Act now! …after which it explained that it’s actually behind HoweyCoins.com, which mimics a bogus coin before offering to educate investors about what to look for before they invest in a initial coin offering.

Anyone who clicks on “Buy Coins Now” will be led instead to investor education tools and tips from the SEC and other financial regulators.

Many people fall for these initial coin offering (ICO) scams. ICOs are unregulated fundraising techniques with a very dodgy reputation. They involve using cryptocurrencies like Bitcoin and Ethereum to buy “tokens” from a startup: if the company takes off, they’ll theoretically be worth something.

Or, alternatively, you’ll be stuck with an empty wallet as exit-scammers make off with the loot – possibly leaving nothing but the word “penis” on their website.

It’s not like the internet biggies haven’t tried to scrub their sites of ads for these cons. Twitter banned ICO ads in March after doppelgangers impersonated the verified IDs of well-known figures such as John McAfee, Elon Musk and Ethereum co-founder Vitalik Buterin, soliciting cryptocurrency investment and promising eye-popping return rates.

For its part, Facebook implemented a ban on cryptocurrency ads in January, and Google announced a new restricted financial products policy that will come into force in a few weeks.

Head over to HoweyCoins’ pre-ICO sale, and you’ll be greeted with a ticking countdown clock for the supposed token sale.

Featuring photos of luxury pools, champagne by the beach, and sailboats bobbing in sparkling waters, the parody site offers visitors the:

HoweyCoins are purportedly all about combining blockchain technology and travel: the SEC set up the bogus site to explain them as “the newest and only coin offering that captures the magic of coin trading profits AND the excitement and guaranteed returns of the travel industry.”

Instead of earning loyalty points in airfare, hotel stays, car rentals and more, you can instead earn coins to trade for profit, the site promises.

“Massive potential upside benefits,” the site claims, with HoweyCoins being “officially registered with the US government.” Better still, the supposed coins “will trade on an SEC-compliant exchange where you can buy and sell them for profit.”

Boil it all down, and you come up with a piping hot cup of bogus.

The rapid growth of the ‘ICO’ market, and its widespread promotion as a new investment opportunity, has provided fertile ground for bad actors to take advantage of our Main Street investors.

We embrace new technologies, but we also want investors to see what fraud looks like, so we built this educational site with many of the classic warning signs of fraud.

The SEC did a brilliant job with the site. The commission even included a downloadable white paper that tries to lure investors with a pledge of holiday discounts and cost savings of 30% to 40% based on “projected” HoweyCoin future values, plus a warning that these savings will likely decrease after the ICO event.

And then there are those celebrity endorsements: if you look up their Twitter handles, you’ll see blank accounts that have never tweeted.

The @mcwhortle account is the best of all: fans of SEC humor will recognize that it’s a reference to another slick SEC parody. In 2002, in order to call attention to online investment scams, the commission created McWhortle Enterprises Inc., a phony purveyor of a handheld biohazard detector guaranteed to beep and flash in the presence of anthrax or other deadly germs, including the flu. The fake device was supposed to fit in a coat pocket: the perfect investment opportunity in a post-9/11 world.

Company president “Thomas McWhortle III” would be so proud to once again make an appearance on an SEC fake scam site!