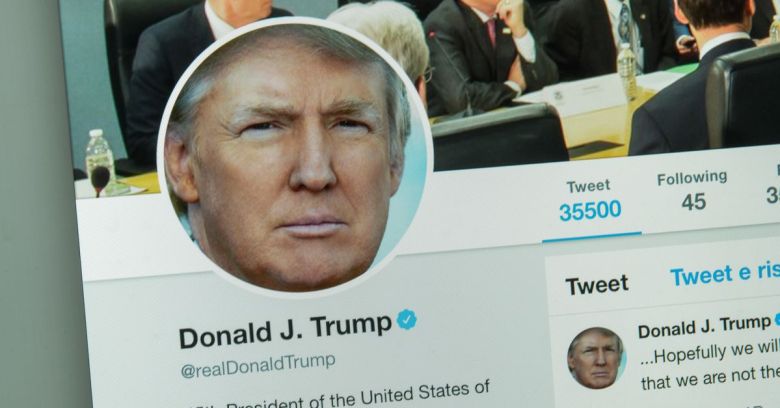 A New York judge has banned US President Donald Trump from blocking Twitter users on the grounds that it’s a violation of free-speech rights.

In July, Trump was sued by seven blocked Twitter users who were backed up by the Knight First Amendment Institute at Columbia University. They claimed that the president’s personal Twitter handle, @realDonaldTrump, “is a kind of digital town hall in which the president and his aides use the tweet function to communicate news and information to the public, and members of the public use the reply function to respond to the president and his aides and exchange views with one another”.

The lawsuit, which was filed in the Southern District of New York in July 2017, came a month after the Knight Institute sent a letter threatening legal action on behalf of the seven Twitter users, whom Trump had blocked after they disagreed with, criticized or mocked him or his actions as president.

In the letter, the institute had said that being blocked by the president “suppresses speech in a number of ways”.

This Twitter account operates as a ‘designated public forum’ for First Amendment purposes, and accordingly the viewpoint-based blocking of our clients is unconstitutional. We ask that you unblock them and any others who have been blocked for similar reasons.

On Wednesday, the BBC reported that Manhattan District Judge Naomi Reice Buchwald agreed with the plaintiffs. She said that Trump’s blocking access to his @realDonaldTrump account constitutes a violation of the right to free speech.

From the judge’s decision:

This case requires us to consider whether a public official may, consistent with the First Amendment, ‘block’ a person from his Twitter account in response to the political views that person has expressed, and whether the analysis differs because that public official is the President of the United States.

The answer to both questions is no.

One of the plaintiffs named in the suit was Holly O’Reilly. Trump blocked her @AynRandPaulRyan account in May 2017 after she posted a GIF captioned “This is pretty much how the whole world sees you.” In the GIF, Pope Francis appears uncomfortable during a meeting with Trump.

This is pretty much how the whole world sees you.#AMJoy#SundayMorning pic.twitter.com/CycqYnKg8b

A few weeks after the block, O’Reilly wrote a piece for The Washington Post regarding how the block violated her constitutional rights. From her article:

Did I make death threats against him? Did I use foul language or threaten his family?

I told him that the pope looked at him funny – using an animated GIF with some precision papal side eye.

The BBC reports that during the trial, Judge Buchwald had suggested that if the president didn’t like a given post, he could simply mute it. A block is more extreme than a mute: rather than just putting a cone of silence on accounts you don’t like, blocking an account means that the blockee can’t see or respond to the blocker’s tweets.

By muting an account, the president wouldn’t be able to see that user’s tweets, but the user could still see and respond to Trump’s tweets.

Trump wasn’t in court at the time that the judge recommended the mute option.

Now the ball is in the president’s court: will he unblock accounts he’s unconstitutionally blocked?

By June 2017, a running list of such accounts kept by Wired included some high-profile individuals and organisations: for example, on 13 June, 2017, the president blocked the account for VoteVets.org, a group representing over 500,000 veterans, family members and civilian supporters. Shortly thereafter, Trump also blocked the novelist Stephen King.

The judge suggested that the president could face legal action if he doesn’t lift his blocks. She wrote:

Because all government officials are presumed to follow the law once the judiciary has said what the law is, we must assume that the President [and his social media director] will remedy the blocking we have held to be unconstitutional.