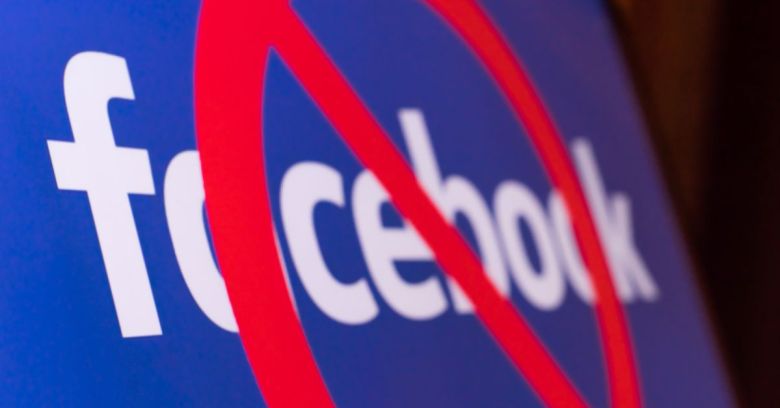 One inquiring Communication Minister wants to know, and he’s planning to shut down Facebook for a month to get some answers as he tries to better enforce Papua New Guinea’s (PNG’s) 2016 Cyber Crime Act.

The Post Courier reported on Monday that PNG Communications Minister Sam Basil plans a month-long Facebook block that will give his department and the southwestern Pacific country’s National Research Institute a chance to research how people are interacting with the social network.

The time will allow information to be collected to identify users that hide behind fake accounts, users that upload pornographic images, users that post false and misleading information on Facebook to be filtered and removed.

This will allow genuine people with real identities to use the social network responsibly.

Basil and his department haven’t yet determined the timing on the ban, but as The Guardian reports, he’s been raising concerns about Facebook for a while.

There’s the privacy issue, for one. Last month, Basil told the agencies under him to do some research in order to advise him on how to protect the privacy of Facebook users in PNG.

That directive followed the revelation that Facebook apps were vampire-ing the personal data of millions of users and sending it to data-analytic firms such as Cambridge Analytica.

That leak was the first in what’s turning into a river: the Cambridge Analytica revelations were followed by news of similar leakage to Cubeyou and myPersonality.

Basil closely followed the aftermath, when first the US Senate and then the House of Representatives beckoned Facebook CEO Mark Zuckerberg into Washington for back-to-back hearings on the issues of Cambridge Analytica, fake news, fake accounts, Russian meddling, bots and other Facebook follies, including the class action lawsuit against Facebook over its facial recognition practices.

Last month, Loop PNG quoted Basil, who said at the time that Facebook rode in on the coattails of internet infrastructure and hit us before we knew what kind of freight train it would turn out to be:

Facebook, as a social network, came into Papua New Guinea riding on infrastructure of telecommunications and IT service providers. The National Government, swept along by IT globalization, never really had the chance to ascertain the advantages or disadvantages – and even educate and provide guidance on use of social networks like Facebook to PNG users.

Basil said that Facebook’s data leaks and its use as a tool to meddle in the 2016 US presidential election demonstrate “the vulnerabilities that Papua New Guinea citizens and residents face on their personal data and exchanges when using this social network, as well as other social networks.”

What he wants out of the Facebook research brief includes data on unidentified Facebook users who use fake IDs to commit cybercrimes, including defamation, fake news, pornographic and other illicit materials that he says are behind SIM card registration.

My directive to my line agencies is to provide me with a brief covering both the advantages and disadvantages of use of Facebook, the vulnerabilities that include not just the protection of personal data but wider social issues like security and safety of users, the time-consumption and productivity of users – especially school-aged children and employees, and of course the wider issue of cybersecurity and cybercrime.

Basil also wants to know what other countries are doing about the repercussions of their citizens’ use of Facebook and other social networks.

The project may lead to PNG creating a state-run social network, Basil says, to be used by citizens with “genuine” IDs.

If there need be then we can gather our local applications developers to create a site that is more conducive for Papua New Guineans to communicate within the country and abroad as well.

That may not go over well with those who take advantage of, and have continually pressed Facebook to improve its “real name” policy. With the considerable help of those who require anonymity, that policy has evolved to take into account the feedback of domestic abuse and stalking victims, Native Americans (whose names have flummoxed Facebook in the past), political dissidents, and performers, to name just a few groups.

But the more immediate question is this: how in the world do you gather enough data, in one month, about the subtle, far-reaching effects of a social network as vast as Facebook… enough, as in, enough to potentially go off and create something better than Facebook has managed to do in the past 14 years of trying?

Take fake news, for example: Facebook’s been struggling mightily with the problem. You might recall that in March 2017, Facebook started slapping “disputed” flags on what its panel of fact-checkers deemed fishy news.

Beyond the “one month? Seriously?” aspect of researching such thorny issues is the question of whether PNG’s move might lead to a permanent ban. The Guardian spoke with Dr Aim Sinpeng, an expert in digital media and politics from the University of Sydney, who noted that Facebook has been banned in other countries, usually before elections …or then again, it could be banned indefinitely, as it is in China.

One month is an interesting time limit for a ban. I am not exactly sure what they think they can achieve, and why a ban is necessary. You can do Facebook analysis without it. And what data are the government collecting? If they are concerned about fake news there are many ways to do it without issuing a ban on a platform.

Dr. Sinpeng told The Guardian that PNG’s government can likely get away with the ban, given that penetration of both Facebook and the internet itself is low. She pointed to recent statistics that put internet penetration at just 12%. This ban likely won’t get much pushback from the country’s populace, but the fact that PNG is even bothering means that even countries where Facebook isn’t a big player are concerned about the trouble Facebook use can cause, Dr. Sinpeng said:

A ban is not viable in countries with 60-70% penetration. These issues with Facebook are being spoken about in a number of other countries, so the fact that PNG is on the bandwagon shows how widespread concerns have become.