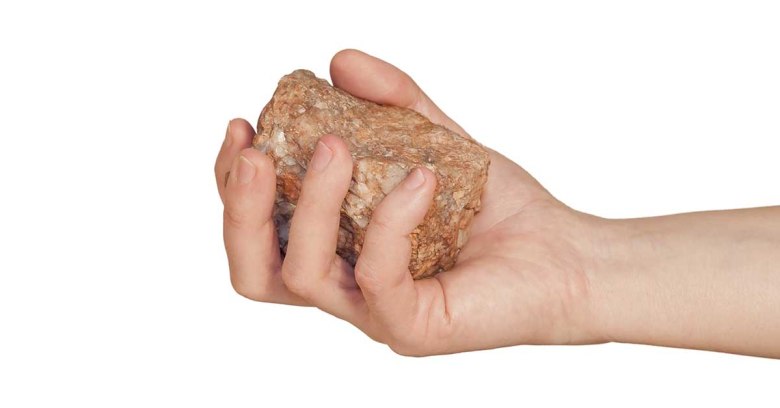 Anarchists, you might need a lot of caffeine to stoke your mayhem, but Starbucks is not going to give it to you as a reward for smashing their windows.

According to a hoax post that’s been making the rounds on Facebook and anarchist forums such as Nerdica.net, Starbucks is installing new shatterproof windows that scientists have been working on for the past three years.

Just try to break the windows with a brick or rock, the hoaxsters are urging people. If you succeed, Starbucks will reward you with a free year of coffee!!!! 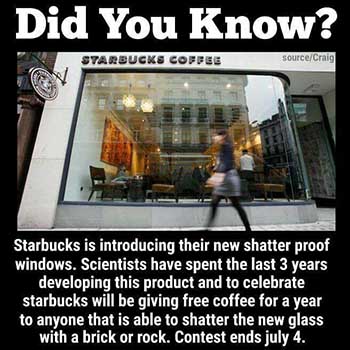 …Or not. Snopes debunked the beverage fantasy after Starbucks confirmed via email that the meme is pushing fabricated news.

The image started circulating last week. As Snopes notes, Starbucks has in the past taken precautions against vandalism at its flagship roastery in Philadelphia, having boarded up its Capitol Hill store and closed multiple stores early in anticipation of annual May Day labor protests.

According to the Associated Press, in early May, vandals broke windows and spray-painted walls in nine Starbucks stores in the company’s home city of Seattle. This year marked the anniversary of riotous World Trade Organization protests in 2017.

Don’t fall for the hoax. Leave the brick on the ground, leave the coffee company’s windows unmolested, and stay out of jail!

3 comments on “Hoax alert! Starbucks is NOT inviting you to test its shatterproof windows”