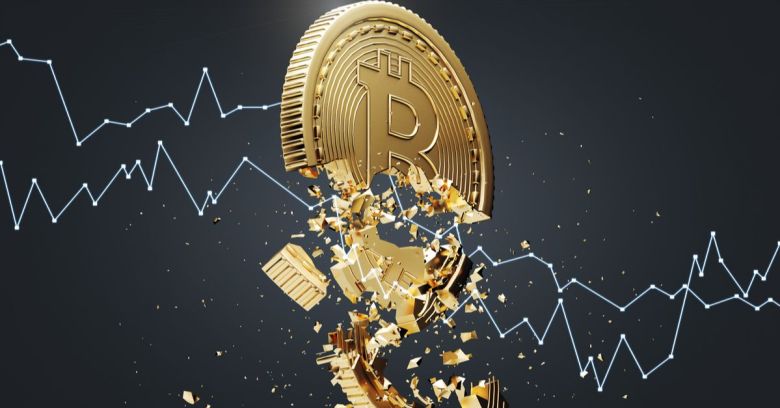 Over the weekend, the small South Korean cryptocurrency exchange CoinRail confirmed via Tweet that it had been hacked. On its site, CoinRail explained that 70% of coins/token reserves were moved offline to safe storage in a cold wallet.

Of the 30% of coins that were leaked, CoinRail said that some 80% had been “frozen/withdrawn/redeemed or equivalent”, with the rest under investigation with law enforcement, related exchanges and coin developers.

By Monday, media outlets including Bloomberg, the Wall Street Journal, Reuters, and the Guardian, put two and two together and came up with a loss of up to $42 million as the Bitcoin drop dragged down the value of other cryptocurrencies.

Here’s Bloomberg’s chart of the sudden drop that coincided with the CoinRail news:

#Bitcoin tumbles most in two weeks as South Korean crypto exchange #Coinrail said there was a "cyber intrusion" in its system https://t.co/jnw8QoOOyS #cryptocurrency #crypto pic.twitter.com/SyjAxlZVmi

Media has directly blamed the hack for crashing markets. How fair is that, though?

If you take a close look at what CoinDesk has depicted as the jaggedly rising (and falling) values from 1 February 2017, on through to the 16 December 2017 peak of $19,343, on into the slip-sliding value that followed, well, you’ll poke your eye out. At the time of writing, it was at $6,760.18, down about two-thirds from its high.

What does a South Korean exchange have to do with it, really? It’s hard to say. The value of Bitcoin was clearly on its way down before the CoinRail hack. After its high of nearly $20,000 four months prior, Bitcoin had its worst quarter ever: in April, it had lost $119 billion in value. Ethereum and Ripple also fell off a cliff: Ethereum fell 47.7%, while Ripple toppled 77%.

The price of cryptocurrency fluctuates wildly even on a good day. Could CoinRail have caused this most recent dip?

Maybe. Or maybe it’s due to regulatory moves, as suggested by Smartereum, an Ethereum news service.

While government regulation could help to stabilize Bitcoin, Smartereum suggests, in the short term, it could cause drastic drops, such as happened in China and South Korea. In September, China’s second largest exchange said it would stop trading at the end of the month in response to reports that Beijing was set to ban cryptocurrency trading. Bitcoin price fell on the move. China had already banned Initial Coin Offerings (ICOs), a risky financial instrument being used by start-ups to raise funds.

Value likewise dropped in South Korea when the country forced traders to identify themselves.

Maybe regulations will help to calm down rampant speculation in the long term, but in the near term, it helps to turn the value charts into rollercoasters.

Perhaps the real story isn’t “hack of an exchange makes Bitcoin value tumble.” Perhaps, as Naked Security’s Mark Stockley suggests, the on-going story is that wild swings in value are just one of the ways you can lose your shirt with Bitcoin. The other is through the all-too-frequent occurrence of simple daylight robbery.

For all their impenetrable cryptography, cryptocurrencies are often exchanged and stored on less than impenetrable websites – also known as “exchanges.”

Just because Bitcoin is resistant to hacking doesn’t mean its resistance gets transferred to the exchanges. The exchanges weren’t made by Bitcoin founder Satoshi Nakamoto after all, they were made by the same people who make all the other websites in the world.

As we’ve said before, exchanges are Bitcoin’s soft, vulnerable underbelly.

Want to upload your private keys to an exchange to make trading easier? That puts your keys at the mercy of that site’s security, which is an entirely unknown quantity. Websites can be hacked, and keys can be stolen. And don’t count on the US Federal Deposit Insurance Corporation (FDIC) to protect your assets: the exchanges aren’t backed by any governments or central banks.

Besides that, exchanges are run by people who may or may not be trustworthy, and may not be regulated. They could be crooks, incompetent or brilliantly clever.

They might even be as clever as Satoshi, but how much coinage are you willing to bet they are?