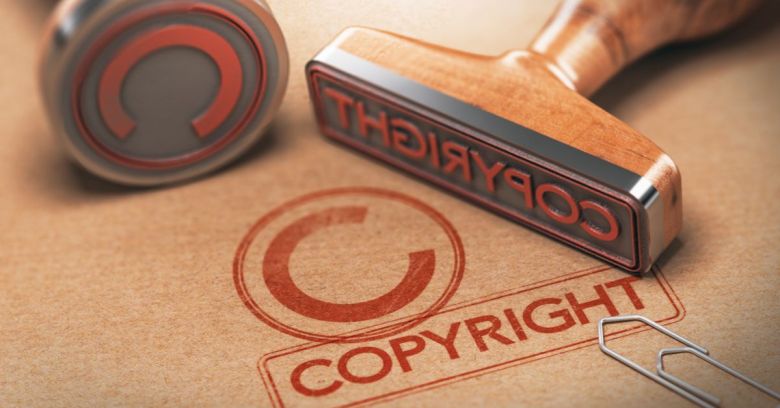 You’re throwing a monkey wrench into the internet with all this copyright zeal.

That’s essentially what the people who created the internet said in a letter to the president of the European Parliament in regards to Article 13 of the EU Copyright Directive.

The letter (PDF), posted on Tuesday, was signed by a who’s who of internet somebodies that included the inventor of the World Wide Web, Tim Berners-Lee; Wikipedia co-founder Jimmy Wales; and internet pioneer Vint Cerf. Together with a slew of other experts, they warn that:

[Article 13] takes an unprecedented step towards the transformation of the internet, from an open platform for sharing and innovation, into a tool for the automated surveillance and control of its users.

The article’s mouthful of a name is article 13 of the Proposal for a Directive of the European Parliament and of the Council on copyright in the Digital Single Market. Its purpose is to reshape copyright law for the internet age.

It wants to make service providers that “store and provide to the public access to large amounts of works or other subject-matter uploaded by their users” responsible for enforcing copyrights through measures such as “effective content recognition technologies.”

The service providers shall provide rightholders with adequate information on the functioning and the deployment of the measures, as well as, when relevant, adequate reporting on the recognition and use of the works and other subject-matter.

…zzzzz…. Oh, excuse me, I fell asleep while typing. But while it all sounds dry and legalistic, the foes of Article 13 fear that its goal of “[preventing] the availability” of protected works suggests that service providers will need to adopt technology that can recognize and filter work created by someone other than the person uploading it.

We’re talking about remixes: it could include music fragments, pictures, and videos, for example. Article 13 might not only hinder this aspect of how online communities function but could also set up a censorship system that ignores the nuances of how content is adopted, parodied or simply quoted.

We’ve already seen how these types of automated content recognition technologies can glitch. YouTube’s automated Content ID system is a case in point. The system scans YouTube content against a database of files submitted by content owners. If its algorithm spots a close match between multiple videos, it will send out a copyright infringement notice.

Imagine if you’re an artist making a video of continuous white noise, for example: good for blocking out background noise so you can get a good night’s sleep. White noise is created by combining sounds of all different frequencies to create that fuzzy, static sound that plays when there’s no signal on your radio.

As the BBC reports, as of January, one musician who created a 10-hour white noise video had been hit with five copyright claims coming from YouTube’s automated system.

So too was a YouTube user who captured birdsong in the background of one of his videos.

That’s not simply ambient noise captured when the video uploader was wandering around in his backyard picking salad ingredients, according to the automated system. Rather, it’s copyrighted, and it’s a “composition.”

There are birds singing in the background in the video, could they own the rights to birdsong?

The EFF says that there’s no way for automated systems to avoid such mistakes and reliably determine if the use of a given copyrighted work infringes EU copyright law or, rather, is an exception to it – for example, when a work is a quotation or a parody.

From the letter sent to the EU Parliament:

By requiring Internet platforms to perform automatic filtering all of the content that their users upload, Article 13 takes an unprecedented step towards the transformation of the Internet, from an open platform for sharing and innovation, into a tool for the automated surveillance and control of its users.

We sympathize with Article 13’s intent, the 70+ letter signers said:

As creators ourselves, we share the concern that there should be a fair distribution of revenues from the online use of copyright works, that benefits creators, publishers, and platforms alike.

But we’re not going to get there with Article 13, they said.

The letter’s signatories said that passage of Article 13 isn’t just going to affect large American internet platforms, who can afford the costs of compliance. Rather, the burden will fall more heavily on their competitors, including European startups and small or medium businesses.

The cost of putting in place the necessary automatic filtering technologies will be expensive and burdensome, and yet those technologies have still not developed to a point where their reliability can be guaranteed. Indeed, if Article 13 had been in place when Internet’s core protocols and applications were developed, it is unlikely that it would exist today as we know it.

Article 13 will also affect ordinary users – not only all those who upload music or video, but also those who contribute photos, text or computer code to open collaboration platforms such as Wikipedia and GitHub.

Another major problem with Article 13: it isn’t clearly written, the letter signers say. Plus, the various versions of the text aren’t consistent about which internet platforms would be required to comply vs. which would be exempt.

Given that uncertainty, while the signatories are in favor of fair renumeration for content creation, they cannot get behind Article 13:

We support the consideration of measures that would improve the ability for creators to receive fair remuneration for the use of their works online. But we cannot support Article 13, which would mandate Internet platforms to embed an automated infrastructure for monitoring and censorship deep into their networks. For the sake of the Internet’s future, we urge you to vote for the deletion of this proposal.

The current status of Article 13: Member States haven’t found a compromise, and the result has been a “double down” negotiating mandate. That leaves it up to the European Parliament: The Legal Affairs Committee will vote on the proposal on 20-21 June.

If the committee doesn’t vote it down, automatic filtering of all uploaded content may become a mandatory requirement for all content platforms that serve European users.

3 comments on “Tech pioneers: new copyright law a step towards an internet of surveillance and control”