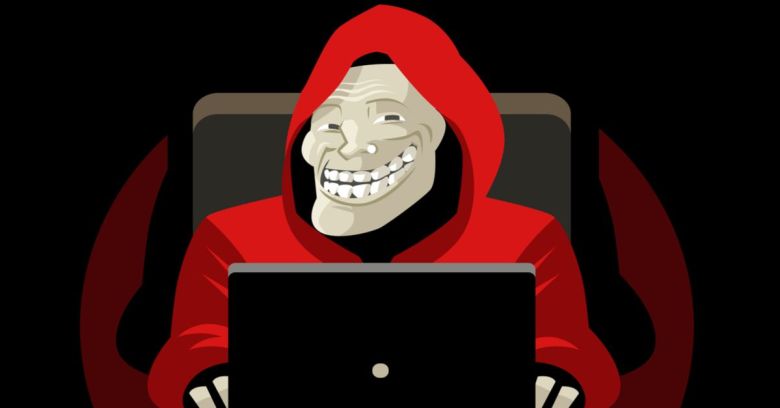 In a national first, a Belgian court has stripped a troll of his anonymity after an elderly man (his identity wasn’t released to the public) was found guilty of a 16-month campaign of harassment against an author who’s known for campaigning against racism.

The journalist, Yasmien Naciri, told the Flemish newspaper De Morgen that she’s learned to live with an “army of trolls,” but some of them go too far. This guy was one of them.

Between January 2015 and April 2016 she was attacked on Twitter several times by the same account, @Kafirbrigade. Here’s an English translation of De Morgen quoting Naciri:

Constantly racist and Islamophobic statements, as well as stalking, at a certain moment even photos of my house.

How do you unmask an anonymous abuser? Very easily: in this, as in countless other cases, a public prosecutor got the troll’s IP address from Twitter.

That might be obvious, but it bears repeating, given that a British MP recently called for an end to online anonymity. Jess Phillips, Labour MP for Birmingham Yardley, has said that she’s received 600 rape threats in one night and was threatened with violence and aggression every day after campaigning for an internet that’s less dangerous for women.

Heinous doesn’t begin to describe Phillips’s ordeal. But as the case of Naciri’s troll shows yet again, there are ways to unmask trolls and bring them to justice without stripping anonymity away from all internet users en masse, thus endangering those people it keeps safe – including women who’ve been stalked both offline and online.

At any rate, the man behind the @Kafirbrigade account (since deleted) denied the harassment and racist messages in court, but the court didn’t accept his explanation. He was sentenced on 24 April to 48 hours of community service.

For her part, Naciri said that laying bare the troll’s identity was important for her:

I just wanted to confront that person head-on and say my thoughts. We live in digital times and we have to learn that what is punishable offline is also online.

That’s absolutely true. But while the prosecution may well be an important precedent for Belgium, it’s also illustrative of the legal blocks such cases face.

How to strip trolls of anonymity

One roadblock to investigations can be ignorance. Assume that local police may not know how to handle your complaint, so be prepared to take it further up, to your country’s cyberbullying-specific law enforcement and anti-discrimination bodies. Also, make sure to report the problem to your internet and/or phone service providers and to the platform(s) where the abuse is going on.

Naciri told De Morgen that she started by filing a complaint with police. The investigator she first spoke with “barely knew” what Twitter was, she said, “let alone a troll.”

He did not really understand what I wanted to sue.

I hear you on that, sister. Same here in Boston. Same in a lot of places.

One thing to be aware of if you’re getting splattered by Twitter mud: prosecuting these trolls takes a long time. Make sure to collect evidence as the wheels of investigation and prosecution slowly turn.

To start that journey, StopBullying.gov has tips on how to report online abuse in the US, for example. Though it’s got US-specific tips on who to call, most of it is applicable regardless of what country you’re in.

The group advises victims to collect evidence from the get-go, from the first “I’m going to blah-blah-blah you.” As in, “What’s that you say, troll? Can’t hear you over the snapping of all these screenshots I’m grabbing.”

Naciri says that she’s learned this lesson well and now advises other victims to consistently take screenshots of attackers’ posts. Bear in mind that if a troll deletes their account or their posts, it can be difficult to get at archived versions of their bilge. Best to fish it out while it’s still alive and squirming.

Here’s what else you can do to improve your chances of bringing trolls to justice:

10 comments on “Convicted! Anonymous Twitter troll not as anonymous as they thought”