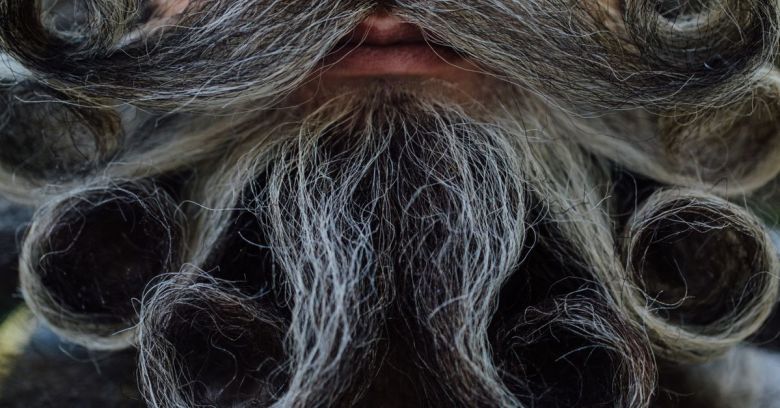 The hirsute one has pleaded guilty and is now looking at imprisonment for himself and his beard.

Gal Vallerius, 5-star drug seller/admin/mod of the Dream Market – a dark web marketplace hidden on the dark web by the encrypted layers of Tor – was arrested in October 2017 when he traveled to the US for a beard contest.

He had already been under investigation by the US Drug Enforcement Administration (DEA) when he was detained at Hartsfield-Jackson Atlanta International Airport while en route from Paris to the World Moustache and Beard Championships in Austin, Texas, where he had entered his forest of flaming red fur, spilling out of his chin and down to his bellybutton, in the full-beard category.

Vallerius, a French national, pleaded guilty on Tuesday. The Department of Justice (DOJ) announced that the charges are narcotics trafficking and money laundering. Vallerius also admitted to sometimes working as an administrator and senior moderator on what the DOJ called one of the largest dark web criminal marketplaces.

He started out as a vendor selling Oxycodone and Ritalin. Soon after, Dream Market brought him onboard as a staffer, where he rose to be a leader and organizer.

According to an affidavit filed at his arrest, Dream Market is your typical dark web marketplace: it’s an eBay-like platform for drugs such as meth, heroin, fentanyl and cocaine; drug paraphernalia; hacked passwords; and services such as hacking or counterfeit passports.

Since at least February 2016, DEA agents had gone undercover to buy a slew of drugs – 100 sheets of LSD, 28 grams of crystal methamphetamine and more – and had them shipped to Florida. The vendors’ names on the marketplace include MethForDummies, ReximusMaximus, and of course OxyMonster – the seller, administrator and senior moderator.

According to the affidavit, OxyMonster’s profile said that he worked out of France but shipped OxyContin and Ritalin to anywhere in Europe and to the US. In his admin role, he was known for being very helpful to customers: he’d deal with complaints, provide tips on staying anonymous on the dark web, and post the names of Dream Market’s official staff.

Maybe Vallerius shouldn’t have handed out tips on staying anonymous on the dark web, given that he wasn’t all that great at it. Agents – from the DEA, FBI, IRS, Homeland Security Investigations (HSI), and the United States Postal Inspection Service (USPIS) – linked OxyMonster with Vallerius in several ways over the course of the investigation.

For one thing, they compared Vallerius’ writing style on his public Instagram and Twitter accounts to OxyMonster’s forum posts on Dream Market and found many similarities, such as use of the word “cheers,” double exclamation marks, frequent use of quotation marks, and intermittent French posts.

The clincher: he used his real email address to accept payments. The agents tracked incoming and outgoing transactions from a bitcoin address associated with sales on the site and discovered that most of them went to Vallerius on Localbitcoins.com.

But while the investigators knew who they were after, they couldn’t get at him while he was in France – unless, that is, they attempted to extradite him (never going to be easy, as France has a history of refusing to extradite its own citizens) or simply lucked out. Vallerius unwittingly opted for the latter, handing the Feds a four-leaf clover and himself on a silver platter when he left France to attend the beard contest. It was, ironically, the first time he’d ever left the country.

The 36-year-old Frenchman, who’s a citizen of three countries – France, the UK and Israel – may serve some of his sentence in each under an international prisoner transfer program, according to the Associated Press.

The AP reports that Vallerius had little to say beyond “guilty” in Miami federal court on Tuesday, but he did mention that he regrets not being able to enjoy the US:

It is unfortunate… I cannot enjoy this beautiful country and everything it has to offer.

Sentencing is scheduled for 25 September. Prosecutors and defense attorneys agreed to recommend that US District Judge Robert Scola impose a 20-year prison sentence, though he could get time taken off for agreeing to cooperate in further investigations of online drug sales.