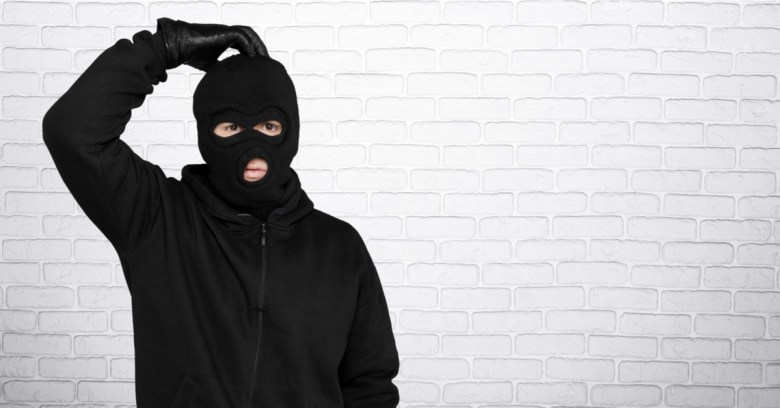 Who is this guy?

…or somebody who goes on a distributed denial of service attack (DDoS) spree against Tor hidden services sites that host such images? …including the “moar fun!” Girls Hub?

#TangoDown 1 server of GirlsHub down.
Will try to take them all down for a long time.#OpDeathEaters pic.twitter.com/bUyPMmu0Tq

…or, maybe, all of the above? As in, somebody whose main goal is to shock people and get the most attention possible – including by filming himself as he chugged pills in a staged suicide attempt – all in a socially inept way to fit in, somehow, somewhere, anywhere, be it in gaming chat rooms or with Anonymous hacktivists?

The answer is irrelevant, except perhaps to mental health professionals and prison staff, given that the 23-year-old Randall Charles Tucker – who hid behind online names including “Bitcoin Baron” and “DevilZ” to DDoS a grocery list of sites and to allegedly deface a children’s hospital website with child abuse imagery – has been legally DDoSed himself.

The Department of Justice (DOJ) announced on Tuesday that Tucker is looking at 20 months in jail and has been ordered to pay restitution in the amount of $69,331.56 to the victims of his cyberattacks.

That first protected computer was the server of News2Share, a user-generated video-based news portal. It all started on 8 October 2014, when Tucker launched a DDoS against News2Share.

Using aliases such as “Key Last” and “ZeusAres,” Tucker sent an email from “settheworldfree999@gmail.com” to News2Share managing editor Ford Fischer, asking for his video submission to be posted on the website.

The video was an attempt to imitate an Anonymous hacktivist demand, with the same monotone robot voice pretentiously telling people that “We Are Anonymous, Expect Us”. But the production quality was, well, embarrassing: instead of video footage, the voice simply played over a still image, for example.

In fact, the amateurish production quality of this first video would set the tone for Tucker’s cybercrime career – a career that earned him the moniker “the internet’s most inept criminal.”

Bitcoin Baron’s email came on the same day that News2Share published a video sent by Anonymous’s #OpHongKong that scored big in hits. After the post blew up to 300,000 views, garnering worldwide attention, Tucker must have wanted some of that glory: he sent his request to News2Share on the same day.

Fischer ignored the email – or, perhaps, he didn’t even notice it. So three hours later, Tucker followed up with a threat.

The Observer quoted Fischer in 2015:

Presumably, his feeling was, ‘If these guys put up my video, it will magically become viral as well.’ But that’s not obviously going to be the case if it’s sh*t.

The internet’s most inept criminal DDoSed the site when it didn’t immediately comply with his demand. Ultimately, after another DDoS attack, News2Share posted Bitcoin Baron’s video. It got less than 500 hits.

Tucker kept threatening News2Share for a week. Then, he moved to other targets as his colorful and crapalicious career proceeded apace. Here’s a list of his crimes, from News2Share and the DOJ’s announcement:

On Christmas Day, 2014, Fischer heard again from Tucker, who was calling himself Bitcoin Baron at that point.

But this time, Fischer didn’t respond. Instead, he called the FBI and Arizona Department of Public Safety (ADPS) detective Travis Meadows. Bitcoin Baron spent the next few months opening accounts on Facebook and YouTube so as to brag about the companies and governments he’d damaged, including Sea World, Madison, and the children’s hospital. His Twitter account is, actually, still active.

According to ADPS and the FBI, the investigation wrapped up thanks to a public tweet that identified Bitcoin Baron as Randy Tucker …and which said that he had “no skill.”

As described by the Observer – the publication that dubbed Tucker “the internet’s most inept criminal” in the first place – the Bitcoin Baron had about as much knowledge of how to use encryption and Tor as you could get during “an afternoon from a handful of tutorials on YouTube.”

Mr. Fischer suspects that the tools he used to take down various websites were all of the plug-and-play variety. All he needed to perform the DDoS was to find a tool, plug in a URL, and watch the site go down.

Really, there isn’t a worthwhile skill or capability in Bitcoin Baron’s tool belt. The tool he used to make his videos is Camtasia, a laughably rudimentary video capture tool. His videos, which are mostly just still images with audio, instead of being a single image frame seem to be a rolling screen recording of a still image on his desktop – in one previously public video, you can actually see the mouse moving across the screen.

Unfortunately, you don’t have to be a mastermind to cause a lot of hurt, thanks to those plug-and-play cyber weapons. Put them at the fingertips of an unstable, flailing young man, and the “inept” part of the description fades to irrelevance.

All you’ve got left after that is fury unleashed on a shifting kaleidoscope of targets that forms no coherent picture at all.

5 comments on “So long! ‘The internet’s most inept criminal’ goes to jail”