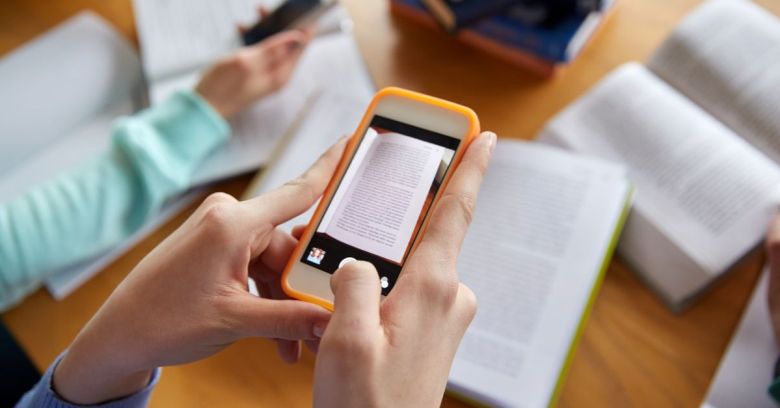 It’s exam time again, and aside from panic and caffeine-fuelled all-nighters, that can only mean one thing: A lot of people are getting their internet shut off. Algerian authorities have decided to thwart exam cheats by shutting down internet access in the country entirely to stop students beaming answers to each other.

The internet will be blacked out for 11 one-hour slots between June 20 and June 25. Schools have also been given metal detectors, surveillance cameras and phone jammers to prevent people bringing internet-equipped devices into exam halls and using them to sneak answers to each other.

Algeria’s hardline approach is an escalation of its anti-cheating measures, following a social media blackout during exam time last year. That in turn was a response to a 2016 online exam leak.

Algeria is not the first country to shut down internet access during exam time. Ethiopia did it just over a year ago to foil its own cheaters, opting for a 12-hour blackout period. Syria has done it too, and Iraq has been doing it for years.

Algeria’s disruption showed up in traffic reports. Oracle’s Internet Intelligence site showed a high impact on traffic in both Algeria and Iraq, among others. 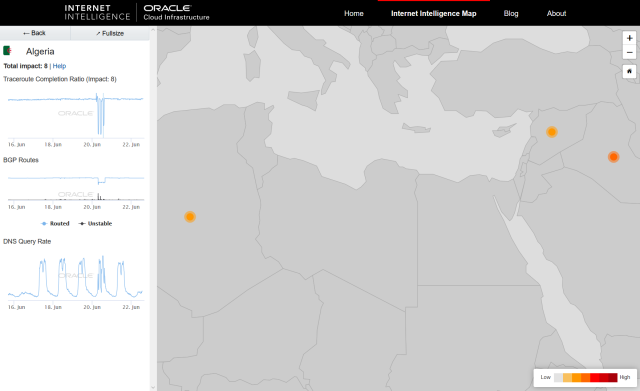 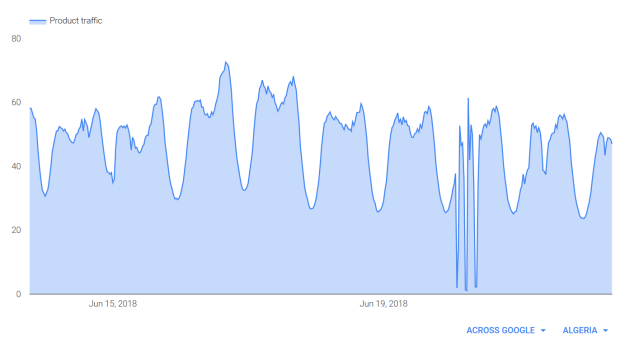 No Bluetoothing at the back, please

There’s no denying that some exam candidates can be devious. Earlier this year, authorities foiled an elaborate cheating system involving flesh-coloured earpieces and hidden Bluetooth devices. A tutor was in on the scam, using FaceTime to send questions from the exam hall to colleagues who would then call students taking the exams with answers to the questions.

In 2016, 3,000 students in Thailand were caught in a similar scheme using cameras embedded in their glasses to transmit questions from the exam hall – a technique that dates back to at least 2012. Others have leaked tests in advance using WhatsApp and other social networks. Ethiopia was forced to block social media access in 2016 after university entrance exam questions leaked online

But does shutting down the internet work? It may stop students from beaming exam questions and answers via IP-based communication mechanisms, but then there is always SMS and good old-fashioned manual techniques. It’s also an expensive way to attempt to thwart the cheats: The Brookings Institute’s Center for Technology Innovation estimated in 2016 that online shutdowns cost countries $2.4bn. Iraq’s 2.75-day shutdown in 2016 cost it $209m, the report said.

So, shutting down the entire internet to stop a few cheaters seems like overkill. Particularly when there are more moderate measures available, including simply jamming local exam halls, as Algeria has also done, to stop signals getting out.