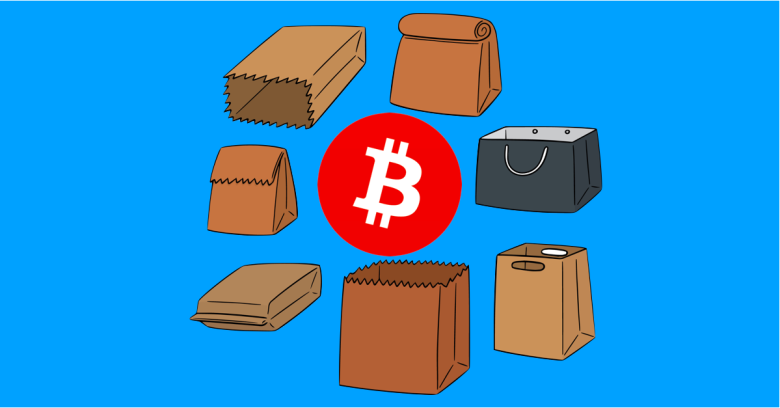 Anacoluthon – we love it!

(That’s where a sentence has some sort of grammatical inconsistency or ambiguity that jars you into thoughtfulness, then I went for a walk by the River Thames.)

We find anacoluthon as fascinating as cryptocurrency shenanigans, so we were doubly intrigued by a recent Ars Technica headline – Woman who once bought bitcoins for cash in paper bags sent to prison.

Were the bags sent to prison, or the woman?

If the cash was in paper bags, were they brown bags, as they would be in a metaphor, or at lunch, and if not, why not?

Heck, these days, if someone actually buys and sells bitcoins in person for real, hard cash, don’t they deserve some sort of medal?

When you think of how often cryptocurrency buyers and sellers have gone through online exchanges and ended up out of pocket following some sort of cybersecurity catastrophe, real or imaginary, aren’t cash buyers to be applauded?

So many questions, and we hadn’t got past the headline yet!

We found the full story in what’s called the Sentencing Position document filed by the United States of America in its federal court case against Theresa Tetley, aka the “Bitcoin Maven”.

The Bitcoin Maven (a maven, in case you are wondering, is an expert or connoisseur) had already pleaded guilty to money laundering charges relating to bitcoins; this time she was back in court to be sentenced.

Simply put, Tetley did indeed buy bitcoins for hard cash, according to the prosecutors.

Buying bitcoins, even for hard cash, even in huge amounts, isn’t illegal, provided that you comply with the relevant laws relating to trading in cash.

And that’s where she got into trouble.

Firstly, if you do cash trades as your profession, rather than just as a hobby, you’re a “money transmitting business” and you need to register, something Tetley didn’t do.

Prosecutors pointed out that Tetley most certainly did operate as a business, given that she maintained ledgers, owned a money-counting machine “to ensure that she was always accurate”, and had done transactions totalling between $6,000,000 and $9,500,000 in cash over three years.

Six million, it seems, is a bit much for a hobby.

Secondly, if you do any individual trades involving more than $10,000 in cash, you have to declare them.

It would have been tricky for Tetley to have complied with this part of the law without incriminating herself on the first point – and prosecutors knew she had done at least three transactions over $10,000 because they’d had undercover federal agents do those deals.

According to the Sentencing Position document, a federal undercover agent identified only as UCA-2 had traded with Tetley on three occasions:

What about the bags?

But we didn’t have to wait long in the story:

Bitcoin Maven also dealt in cash with a alleged darkweb drug dealer she knew as “Pirate Shit”, aka “David”, apparently to the tune of $6,000,000.

The prosecutors didn’t say what sort of cash discount the Bitcoin Maven demanded for her off-the-record purchases – they just noted wryly that she acted “with an intent to profit; she charged above-market rates, which presumably was profitable for her.”

For that reason, prosecutors argued that Tetley’s crimes deserved a “significant sentence” of 30 months (2.5 years) in prison, both as a deterrent and in recognition of the severity of the crimes:

Providing cash in envelopes (and in the significant amounts she did), in coffee shops and restaurants, is no way to conduct legitimate business, certainly when that volume exceeds the millions, and someone such as defendant –- a former stockbroker and real estate investor –- was certainly aware of that. Her decision to continue to proceed in this manner highlights the seriousness of the offense that warrants a custodial sentence of 30 months.

We dare say that neither the coffee shops, nor the restaurants, nor yet the envelopes, are key factors here.

If you were to put $6,000,000 in a hand-woven picnic hamper instead of stuffing it into bags or envelopes, and hand it over at the opera, instead of in a coffee shop or a restaurant, you’d still be in serious trouble.

In the end, Tetley was sent to prison for one year (technically, 366 days), given three years’ supervision after release, and fined $20,000.

She was also instructed to hand over BTC40 (currently worth about $250,000 at legitimate rates), just under $300,000 in cash and “25 assorted gold bars” that the court deemed to be the proceeds of crime.

And those paper bags?

The US Attorneys aren’t saying what colour they were, but given they were grocery bags from Trader Joe’s, we’re saying that they were, indeed, proverbially brown.