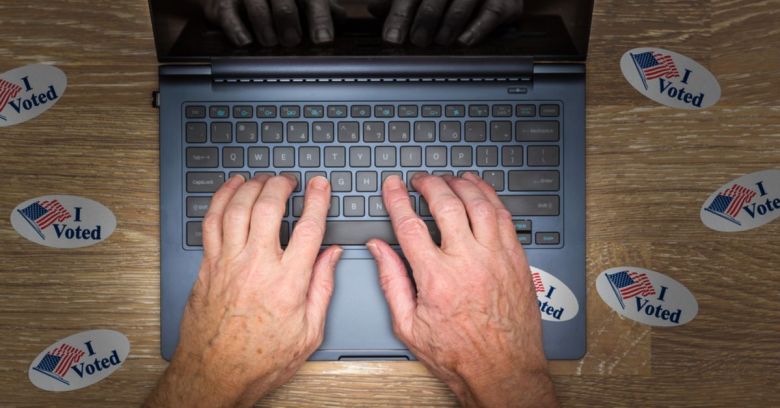 In the months leading up to the 2016 US presidential election, how many of us knew that Russia was tinkering with the race?

…or that Russia had targeted us with propaganda, tried to suppress the vote, or deliberately tried to puncture Hillary Clinton’s chances by leaking stolen information from her campaign, the Democratic National Committee (DNC) and the Democratic Congressional Campaign Committee (DCCC)?

At least one outfit knew much of that: the Obama administration. Too bad it didn’t tell the country.

But if the US Department of Justice (DOJ) stays true to a newly announced policy, we can expect to hear a whole lot more about foreign cyberattacks and propaganda/disinformation campaigns targeting the country’s democracy – hopefully before a given election takes place, not after.

On Thursday, Deputy Attorney General Rod J. Rosenstein announced at the Aspen Security Forum that under a new policy, the DOJ will inform US businesses, organizations and even individuals if they’re being targeted by foreign operations in an attempt to influence the country’s elections.

As the New York Times notes, the Obama administration knew for months before the 2016 election that Russia was trying to interfere in the race. President Obama didn’t reveal the plot, however, given his concern that it would be seen as a partisan move and his reluctance to add fuel to then-GOP-nominee Donald Trump’s fire with regards to Trump’s claims that the election was rigged.

Exposing schemes to the public is an important way to neutralize them. The American people have a right to know if foreign governments are targeting them with propaganda.

The report comes less than a week after the DOJ indicted 12 Russian intelligence officers connected to attacks on the computers and email systems of the DNC in the months leading up to the election.

This is the first comprehensive report to come out of the US Attorney General’s Cyber-Digital Task Force, and marks the first time that the DOJ has publicly articulated the types of threats posed by malign foreign influence operations and formally described how, in coordination with other federal departments and agencies, it’s responding.

The report identified five types of malign foreign influence intended to harm the US political system: attacks on voting infrastructure, including voter registration databases and vote-tallying systems; theft and weaponization of data; secret assistance of politicians, including how Russians behind the Guccifer 2.0 and DCLeaks Twitter accounts engaged with politicians to offer them damaging information on their opponents; the spreading of false information and propaganda, such as the use of trolls on social media to spread fake news; and unlawful lobbying efforts.

But to get back to the let-us-know-when-you-know department, the report also announced a new policy governing the disclosure of foreign influence operations: a policy that’s governed by the principle that the DOJ has got to stay politically neutral, has to comply with the First Amendment, and has to do its disclosures in a way that maintains public trust.

During his speech at the Aspen Security Summit, Rosenstein said that Russia’s effort to influence the 2016 election “is just one tree in a growing forest. Focusing merely on a single election misses the point.”

As Director Coats made clear, these actions are persistent, they are pervasive, and they are meant to undermine America’s democracy on a daily basis, regardless of whether it is election time or not.

One example: Also at the Aspen Security Summit, Microsoft revealed that it’s already detected and helped to block hacking attempts against three congressional candidates this year, marking the first known example of cyber interference in the upcoming midterm elections.

Tom Burt, Microsoft’s vice president for security and trust, as quoted by Politico:

Earlier this year, we did discover that a fake Microsoft domain had been established as the landing page for phishing attacks. And we saw metadata that suggested those phishing attacks were being directed at three candidates who are all standing for election in the midterm elections.

Burt declined to name the targets and didn’t specify whether or not the attacks came from Russia. But he did say that the targets were “people who, because of their positions, might have been interesting targets from an espionage standpoint as well as an election disruption standpoint.”