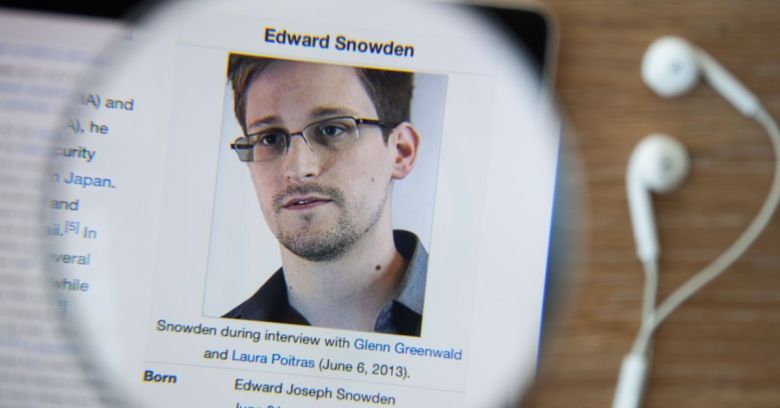 Whether you think he’s a principled patriot or a traitor to his country, you have to give him credit for something: thanks to the former contractor for the US National Security Agency (NSA) Edward Snowden, we learned a lot about secret spying programs.

Aside from the obvious – vast data collection programs that included PRISM, Tempura, Upstream, XKeyscore and the NSA’s powerful facial recognition program – we learned something crucial about the country’s elite spy agency: it had holes in its own data security big enough to let a contractor walk through with massive troves of sensitive data.

According to an audit from the NSA Inspector General’s office, as of March 2018, some of those holes were still open.

Of course, the audit, published for public consumption, contains only declassified information, and it doesn’t give details. Be that as it may, starting on page 29, the audit enumerates significant outstanding inspection recommendations regarding the NSA’s failure to secure the internet and the enterprise, as well as to address insider threats.

Snowden didn’t get his trove of documents via malware, so no. 3 – allowing things like random USB drives to be plugged into network computers – isn’t relevant in his particular case. But it’s certainly relevant to all the places that have inflicted themselves with malware by plugging in stray sticks.

Naked Security has been banging away at this nail for years. Seven years ago, Sophos bought a stash of USB keys from a lost property auction as an experiment. 66% of them contained malware, and not a single one was encrypted.

That’s so 2011, you might think. But Sophos’s very own CISO, Ross McKerchar, said removable storage as a threat vector is still as fresh as a dangerous daisy:

So the NSA isn’t scanning removable storage, eh? Perhaps it should follow IBM’s lead: in May, it banned USB drives entirely.

If the idea of banning these convenient pocket storage gizmos is too daunting, the NSA – and any organization, for that matter, be it large or small – should at least be encrypting the devices.

As far as no. 1 goes – inaccurate or incomplete security plans – we know that Snowden worked in an agency outpost in Hawaii that hadn’t been upgraded with modern security measures.

In 2014, the New York Times reported that NSA officials insisted that if Snowden had been working from NSA headquarters, in Maryland, his activity would likely have been flagged by monitors designed to detect when a huge volume of data was being accessed and downloaded.

One senior intelligence official told the Times that investigators had surmised that Snowden used cheap, widely available web crawler software designed to automatically search, index and back up a website in order to scrape data out of NSA systems while he went about his day job.

There were more details available in a damning report that came out last year: the August 2016 DOD Inspector General’s report on the National Security Agency’s (NSA) implementation of the “Secure-the-Net” initiative.

The “Secure-the-Net” (STN) initiative was launched post-Snowden and included 40 specific recommendations “focused on insider threats to NSA systems, data, and infrastructure”. Seven of those recommendations were designed to “secure network access, protect against insider threats and provide increased oversight of the personnel with privileged access”.

It’s not that the NSA didn’t attempt to implement all that, the report found: rather, it did a half-assed job at it.

[The] NSA did not effectively implement the three privileged access related STN initiatives… because it did not develop an STN strategy that detailed a structured framework and methodology to implement the initiatives and measure completeness.

With respect to two-factor authentication (2FA), the NSA implemented it for system admins, but not for those with privileged access. As we well know, Snowden bypassed the then-present privileged access controls and conned his colleagues into giving him their credentials – which he then went on to use to expand his access.

As we noted at the time of the 2016 report – which was acquired by the Times through a Freedom of Information Act (FOIA) – 2FA would have required the owner of the credentials to have been participatory in Snowden’s use of their credentials. In other words, the NSA managed to leave open the very window that Snowden climbed through to harvest the data he stole.

Edward Snowden isn’t the only fury that’s flown through the NSA’s open windows. In November, we learned that a group calling itself the Shadow Brokers has since 2016 been dumping exploits and tools collected, hoarded and used by the NSA hacking group Tailored Access Operations (TAO). The Shadow Brokers put the TAO tools up for auction a mere week before the DOD Inspector General’s damning report.

Preventing insider threats is an ongoing problem, as demonstrated by the arrest of NSA contractor Reality Winner in 2016. Winner managed to take a highly classified document assessing and discussing the Russian military intelligence entity’s (the GRU’s) hand in meddling in the US election and used her privileged access to print it out. Then, she mailed it to a media outlet. Once the NSA saw the document, the agency quickly determined who had access and printed the document, and who’d been in contact with a media outlet.

What they couldn’t figure out: why Winner had privileged access to information about which she had no “need to know”.

There’s definitely been progress made at the NSA. But has there been enough progress to stop another Edward Snowden? The most recent audit suggests the answer is no.

By the sounds of it, the holes Snowden walked through are still big and gaping – somebody else could well walk right through them.