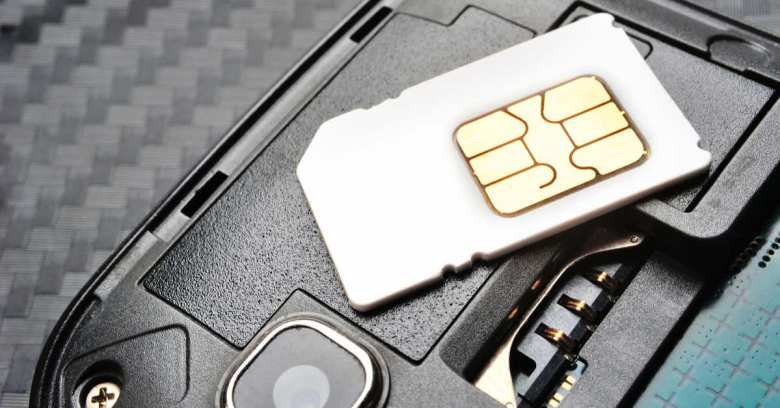 Bound for Europe, he was lugging a Gucci bag: only one piece of swag among many that prosecutors allege were bought with the proceeds of cryptocurrency that he ripped off in SIM swap scams.

They’re charging Joel Ortiz with hijacking phone numbers to steal the Bitcoin and other cryptocurrencies. Ortiz is now facing 28 charges: 13 counts of identity theft, 13 counts of hacking, and two counts of grand theft, according to the complaint filed against him on the day before his arrest and subsequently obtained by Motherboard.

Ortiz allegedly hijacked around 40 victims’ phone numbers with the help of a gang of scammers. His co-conspirators haven’t yet been named, according to court documents. All together, the crooks allegedly stole $5 million, including some from cryptocurrency investors at a blockchain conference called Consensus that’s run by CoinDesk.

Included in the court documents was a screen grab that gives a hint as to how much control these scammers can get over our lives given they nab enough information about us to convince our phone companies that yes indeed, it’s really, truly us, calling to port our own phone number to a new SIM card:

“Hi Daddy Love you,” texted the daughter of one of the hacker’s alleged cryptocurrency investor victims.

The reply: “TELL YOUR DAD TO GIVE US BITCOIN”.

SIM card swap scams have been around for years. So too have the many flavors of cryptocurrency scams, be they exploiting Twitter to con naïve users out of their digital currencies (last month, one fraudster even managed to compromise a verified Twitter account), looting the exchanges (sometimes using real-life robbers with real-life guns), or carting off hundreds of the servers used to mine the digital currencies.

But the crime that Ortiz stands accused of is reportedly the first time an alleged SIM-swap fraudster has ripped off cryptocurrency.

That comes in handy when you get a new phone or lose your phone: your phone carrier will be happy to sell you a new phone, with a new SIM, that has your old number. But if a SIM-swap scammer can get enough information about you, they can just pretend they’re you and then social-engineer that swap of your phone number to a new SIM card that’s under their control.

That’s how the investor’s daughter managed to text her “I love you” message to the thief who had her dad’s phone number: she just texted the same number she’s always used.

Unfortunately, the same goes for communication with your sensitive accounts, like bank accounts: it’s all under the control of a thief when you’ve been victimized by a fraudulent SIM swapper.

Banks have traditionally sent authorization codes needed when using 2FA or 2SV – that’s two-factor authentication or two-step verification – via SMS to complete a financial transaction. (Fortunately, this is becoming less common: The United States National Institute for Standards and Technology [NIST] in 2016 published new guidelines forbidding SMS-based authentication in 2FA. Besides the security risks of mobile phone portability, problems with the security of SMS delivery have included malware that can redirect text messages and attacks against the mobile phone network such as the so-called SS7 hack.)

But back to Ortiz: he was a member of OGUSERS, an online marketplace for selling online accounts and virtual goods and a black market for valuable, stolen Instagram and Twitter accounts. SIM swap fraudsters are also known to sell stolen accounts on the site.

Motherboard spoke to one cryptocurrency investor who was attacked during Consensus and allegedly lost nearly $1.5m that he had crowdfunded in an Initial Coin Offering (ICO). It was one of at least three attacks during the conference.

The investor requested anonymity, fearing that he’d be targeted again. He told Motherboard that the first indication of the swap came when he looked at his phone and found that it was dead. He knew what that meant, given that the day before, it had happened to a friend.

We were having a meeting and all of a sudden he says ‘f*ck, my phone just stopped working.’

Later in the day, the investor said that his friend texted him:

My f*cking SIM got hacked.

Court documents allege that Ortiz took control of the entrepreneur’s phone number, reset his Gmail password, and then gained access to his cryptocurrency accounts. Visiting the AT&T store to get his number back did no good. By then, it was too late.

Erin West, the Santa Clara County deputy district attorney, told Motherboard that many people are getting scammed by these SIM swappers, but not enough are coming forward to report it.… so please, if you’ve been scammed, she asked, DO REPORT IT:

This is happening in our community, and unfortunately, there are not a lot of complaints to law enforcement about it. We would welcome the opportunity to look into other complaints of this happening. We think that this is something that’s underreported and very dangerous.

Ortiz’s plea hearing is scheduled for 9 August. His bail has been set at $1m.

Last year, we reported on the rising trend of fraudsters using SIM swaps to drain accounts. Fast-forward 14 months, and it doesn’t matter that they’re going after digital instead of nondigital currency: the precautions we can all take to avoid becoming victims stay the same.

Here they are again: