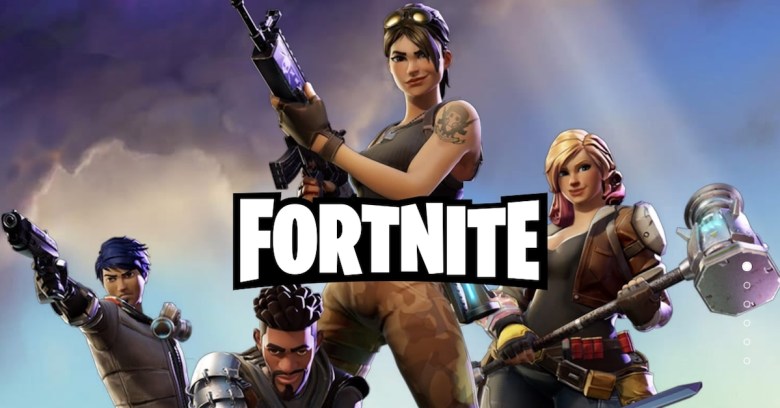 Well, Google, that’s what you get for having an open platform that makes it easy to install apps on Android phones: Epic Games has tucked its Fortnite game under its arm and leaped out of the Google Play walled garden, saying “Basta!” to that 30% “store tax” on all sales.

…and evidently not being able to do the same to Apple, with its identical 30% App Store cut, given that Apple, unlike Google, doesn’t allow iOS users to download apps that aren’t first approved by its internal review processes and distributed through its proprietary marketplace.

On Friday, Epic Games CEO Tim Sweeney confirmed the rumor about its Play Store exit to The Verge. Besides ditching the Play Store, Sweeney said that Epic would do the same thing for the iOS release of Fortnite, if it were possible. It’s not: Apple’s ecosystem is fully locked down, meaning Epic has no choice but to use the iTunes App Store, same as with the console platforms.

In an email, Sweeney said that Epic had two motivations: first, the game maker’s after a more direct relationship with customers. It doesn’t need Google Play for that, given that players can get Fortnite on PC through its own Epic Games Launcher. Similarly, Epic has chosen to bypass Steam – a video games distribution platform that offers digital rights management (DRM), matchmaking servers, video streaming, social networking services, game installation and automatic updating – and just use its own launcher and account system instead.

Epic wants to have a direct relationship with our customers on all platforms where that’s possible. The great thing about the Internet and the digital revolution is that this is possible, now that physical storefronts and middlemen distributors are no longer required.

The second motivation: money. Epic is tired of Google Play’s 30% bite out of sales, and it doesn’t think it’s worth it. What Sweeney had to say about it in an interview with Eurogamer:

It’s a high cost in a world where game developers’ 70% must cover all the cost of developing, operating, and supporting their games. And it’s disproportionate to the cost of the services these stores perform, such as payment processing, download bandwidth, and customer service.

Sweeney told Eurogamer that Epic is “grateful” for everything Google’s done, but now it’s time to shift gears on how Android fits into the landscape. He didn’t sound particularly worried about Google reacting badly to the news, saying that Epic’s looking forward to “continued collaboration” with the company:

Fortnite is free to play. In Fortnite Battle Royale, 100 players land on an island to look for weapons, build defenses, and fight in ever-smaller spaces to be the last one standing. Epic makes its money off the stuff players buy to make it out alive and/or to make them pretty: costumes, dance moves and the like. Indeed, Epic makes a whole lot of money out of that stuff: In April, Fortnite generated nearly $300m across mobile, console and PC platforms, according to digital game sales tracker SuperData Research.

Because Fortnite is so wildly popular – it hit 125m players in June – Epic likely isn’t worried that its customers won’t follow it straight out of the Play Store, even if it means doing what many young players have never done: namely, install the game themselves, without the help of an app store like Google’s or Apple’s.

That process is known as “sideloading.” It’s not terribly complex, and Epic’s proprietary installer will presumably make it even less so. But while it’s not particularly complex, neither is it particularly safe.

Besides making beaucoup bucks off apps, there’s a reason that Google tries to push everyone through the Play Store (and a reason why Apple won’t give up control). Like it or not, the Play Store is a walled garden that keeps out malware.

Granted, Google doesn’t keep out all malware, but it shuts out an awful lot. It’s hard to get malware into the Play Store, and the vast majority of Android malware is on other markets or websites.

Will Epic’s decision to ditch the “sales tax” of the Play store – along with its protection – be a rallying cry for other apps to do the same? And will it encourage Android users to look elsewhere?

If Fortnite is even halfway successful, it might, and doing that risks undermining one of the simplest, most useful and easiest to remember pieces of security advice we can offer: stick to Google Play.

Even before the announcement there were plenty of scammers out there trying to take advantage of the anticipation around Fortnite for Android and willing to jump on any lambs that have wandered out of the walled garden.

We’ve seen things like a fake Fortnite app that leads to malware, and a fake free invites to supposedly get in on the release that turned out to be from windbag fraudsters looking for profit or for pumped-up Twitter following/likes/retweets/comments.