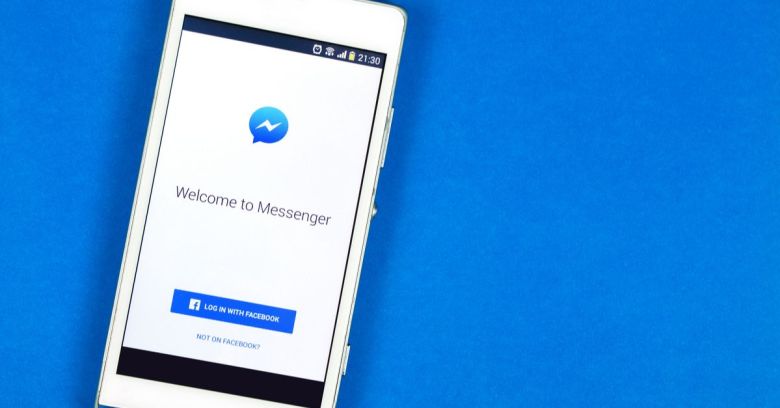 And here, basically, was the response from anybody who’s ever heard of Cambridge Analytica: Hysterical laughter with a bit of “Oh, hell NO. We should trust Facebook with our financial data why!?”

And here, in essence, was Facebook’s response, as it tried once again to convince everybody that it knows how to spell the word “privacy”: No, we aren’t asking for financial data! We just want to insert ourselves between you and your bank and keep you from waiting on the phone so long. Because bots! Chatbots! In Messenger!

Facebook has, in fact, approached big banks, including Wells Fargo, JPMorgan Chase, Citigroup and US Bancorp, with an eye toward partnering. According to the WSJ, this is how it envisions this swap: the banks will give Facebook its users’ banking data, and the platform would give bank customers the ability to conduct business within Facebook itself – specifically, within Messenger.

People familiar with the discussions in the talks told the newspaper that one feature Facebook has talked about would show its users their checking-account balances. It’s also pitching fraud alerts, some insiders have said. The WSJ also reports that the banks have been hit up by Google and Amazon on the data-sharing front: they reportedly want to provide basic banking services on applications such as Google Assistant and Alexa.

A spokesperson for Facebook told The Next Web that no, Facebook hasn’t asked banks for users’ transaction data. Rather, this is all about getting banking chatbots into Messenger to chat us up.

Like many online companies with commerce businesses, we partner with banks and credit card companies to offer services like customer chat or account management. The idea is that messaging with a bank can be better than waiting on hold over the phone – and it’s completely opt-in. We’re not using this information beyond enabling these types of experiences – not for advertising or anything else.

Unfortunately for Facebook’s bot plans, users are still steaming over the Cambridge Analytica revelations, and banks have caught the user data heebie-jeebies.

After all, it’s been a scarce six months since news emerged about Facebook losing control of 50m users’ data – data that wound up getting sucked up by a developer and sold to the data analytics firm so it could flesh out a tool to sell to Steve Bannon.

That tool was designed to use Facebook users’ personalities and other data so as to target Americans’ inner demons and influence their behavior in the 2016 US presidential election. Cambridge Analytica founder Christopher Wylie described it as “Steve Bannon’s psychological warfare mindf**k tool.”

The data crisis might have been sparked by Cambridge Analytica, but it’s spread well beyond it to reveal that Facebook’s been sloppy with plenty more companies that have been lapping up its user data. There was CubeYou, yet another firm that dressed up its personal-data snarfing as “nonprofit academic research,” in the form of personality quizzes, and then handed over the data to marketers, a la Cambridge Analytica. Facebook suspended CubeYou in April.

Then, in June, Facebook suspended AggregateIQ, an analytics firm, for collecting and storing data on thousands of Facebook users. The company is reportedly tied to Cambridge Analytica and allegedly left CA’s code lying around, open for all to access.

All of this user data bungling has led to multiple grillings by Congress (here’s Day One, with CEO Mark Zuckerberg’s questioning by the US House of Representatives, and here’s Day Two, when he was questioned by the Senate) …plus, in March, the Federal Trade Commission (FTC) launched an investigation into Facebook and how Cambridge Analytica used Facebook user data.

At this point, to put it lightly, many won’t be soothed by Facebook’s assurance that it’s not out to strip our financial data from banks and do lord knows what new marketing/data crunching/fumbling with it.

Meanwhile, the banks that Facebook’s cozying up to are reportedly keeping it at arm’s distance, citing concerns about data privacy. People familiar with the talks say that it’s a sticking point, the WSJ reports, and a spokesperson for Wells Fargo told NY Daily News that it’s just not going there:

Maintaining the privacy of customer data is of paramount importance to Wells Fargo. We are not actively engaged in data-sharing conversations with Facebook.

…while Trish Wexler, a spokeswoman for JPMorgan Chase, told the Daily News and WSJ that the bank isn’t sharing such “off-platform” transaction data with Facebook, and it’s had to “walk away from some opportunities as a result.”

Another bank recoiled on Monday: the multibillion-dollar Italian banking conglomerate UniCredit last week said it stopped advertising on Facebook, given that “it’s not acting in an ethical way.”

So that’s what the banks are saying …Publicly, at any rate. All this talk about customers’ privacy might be just a teensy bit coy, though.

At least one of us here at Naked Security is taking Facebook at its word on this one. Mark Stockley says that he’s come away from having written thought leadership pieces for a banking software company well-assured that banks are…

SUPER EXCITED about banking over chat bots, for good reason. The customers that banks really want are spending their time buried in WhatsApp and Facebook Messenger, and the banks are trying to figure out how to be accessible on those platforms. It’s a rerun of what they did with telephone banking, online banking and then mobile banking.

You can see the push, coming as it is from the financial whipper snappers who own the next generation of mobile banking. As “finance and tech guy” Segun Adeyemi wrote in a Medium article last November, money conversations are happening on social media, but the transactions skip out and happen somewhere else: on Venmo, for example.

PwC has been surveying consumers about their banking habits for several years. In this year’s survey, its No. 1 “big theme” was blunt and very Messenger-friendly: “Think mobile-first, or else.”

The banks obviously believe that they’ve got to get mobile or get out. Given the financial landscape, it’s hard to imagine they’re not excited to be talking to Facebook about how they can inject themselves into the mobile world, regardless of what they say about users’ financial data privacy.

Whatever happens in the push to get banking mobile, let’s just hope that the banks, and Facebook, actually mean what they say about the importance of privacy. The last thing we need, or that Facebook needs, is a Cambridge Analytica-style pratfall with our banking data.