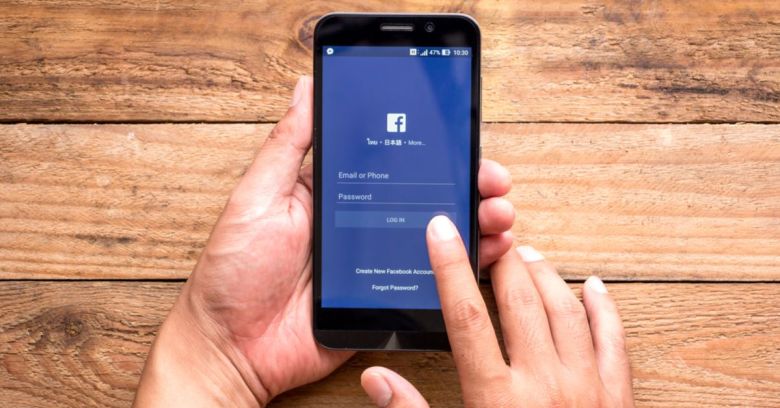 The Facebook hoax du jour is like that: it’s a hoax about Facebook limiting your news feed to 26 people! It’s a hoax about users being able to copy and paste their way into a Whole New News Feed! It’s Two! Two! Two hoaxes in one!

Here are the hoax mongers’ instructions on how to dupe Facebook’s cursed (fictional) friend-limiting algorithm: 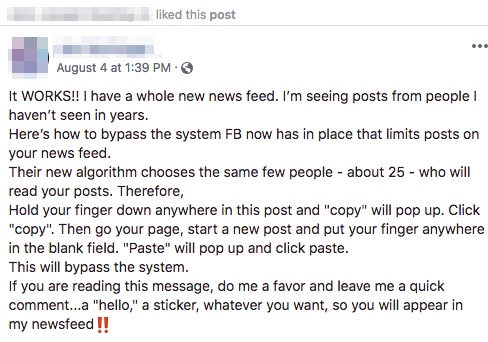 It WORKS!! I have a whole new news feed. I’m seeing posts from people I haven’t seen in years.
Here’s how to bypass the system FB now has in place that limits posts on your news feed.
Their new algorithm chooses the same few people – about 25 – who will read your posts. Therefore, I ask you all a favor so I can see your news feed and you can see mine.
Hold your finger down anywhere in this post and “copy” will pop up. Click “copy”. Then go your page, start a new post and put your finger anywhere in the blank field. “Paste” will pop up and click paste.
This will bypass the system.

The 26-friends-only algorithm hoax dates back to the beginning of the year, coming as it did on the heels of a real Facebook announcement from 11 January about a major overhaul in how Facebook’s newsfeed works.

The change wasn’t about squeezing out your friends, though. In fact, Facebook had the opposite in mind: squeezing businesses out of your news feed. The point was to get more personal content from friends and family into our news feeds, as opposed to corporate posts, be they from corporations, businesses or media.

Back in February, Facebook sent out a statement saying that there was nothing to the 25- or 26-friend limit:

Friends don’t let friends copy and paste memes, and this one simply is not true. We rank News Feed based on how relevant each post might be to you, and while we’ve made some updates that could increase the number of posts you see from your friends, your News Feed isn’t limited to 25 of them.

But still, the rumor went viral, lying its way to the top of news feeds, and even spinning off a variation that said that Snopes had confirmed the nonsense it was sputtering. Snopes, of course, did no such thing.

Besides trotting out the 26-friends hoax again, the current Facebook hoax uses a notion that just won’t die: that doing something in a post will affect how Facebook algorithms work.

That, of course, is just another breath of nonminty garbage. Copy-paste is not a magical algorithm-baffle sauce.

Snopes has debunked all of these hoaxes. So has Facebook.

You can do your part by not copying, not pasting, and definitely not sharing this junk. If you do, you’re misleading friends and family, and teaching others that it’s OK to click without thinking.

By interacting with hoax posts, you push them closer to going viral. Unfortunately, that’s true even if the interaction is your comment on the post, telling others that it’s bilge water. It’s better to keep your clicks away from the hoax post and instead to contact the poster directly, gently educating them and asking that they remove the post so it doesn’t keep spreading.