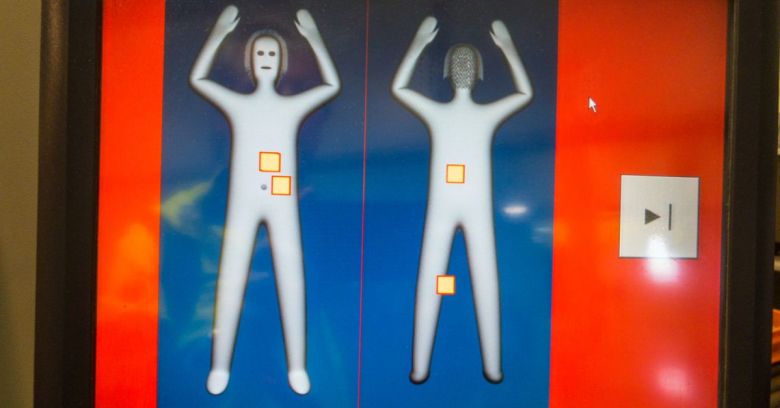 Los Angeles has become the first US city to buy body scanners to screen metro riders, in an effort to catch suicide bombers or other security threats.

On Tuesday, Los Angeles Metro and the US Transportation Security Administration (TSA) issued a joint press release about the technology, which the agencies say “will help detect weapon and explosive device security threats on the county’s transit system.”

An LA Metro spokesman told NPR that the transit system has ordered several units, costing about $100,000 each. The portable body scanners are Thruvision TAC-TS4 portable terahertz millimeter wave passenger screening devices: devices that can detect both metallic and non-metallic objects, including concealed improvised explosive devices (IEDs) and other weapons intended to cause mass casualties.

The scanners are similar to those used at airports, but they don’t release radiation. Rather, they detect radiation – as in, body heat. When objects are concealed, the radiation waves are blocked. The Thruvision scanners detect such blockage and render it as either a black spot on the body or in a color overlay.

Those visual indicators are rendered on top of a generic avatar: one that doesn’t display anatomical details and hence doesn’t make the process feel like people are being ogled via x-rays that see through their clothes.

The Thruvision scanners also differ from airport scanners in that passengers don’t need to line up to pass through one by one. Metro passengers can just walk through stations the same way they always do.

Polly Hanson, the director of security and emergency management at the American Public Transportation Association, told NPR that passive scanners like these are better suited for metro systems than those used at airports, not just because they can more easily handle the sheer volume of mass transit riders, but also because it means the system can move far faster:

At an airport, you’re funneled through one specific location. Mass transit, there are multiple fare gates [and] some systems are barrierless… it just currently doesn’t lend itself to the kind of security that’s in an airport.

It’s not clear when the devices will be put into use. However, when they do go into general use, they won’t be used on every rider on any given day. Rather, LA Metro will place the new devices at only a few locations in the system. But given that they’re portable, they can be moved around, either randomly or to respond to specific concerns.